Glorious War, the thrilling and definitive biography of George Armstrong Custer’s Civil War years, is nothing short of a heart-pounding cavalry charge through the battlefield heroics that thrust the gallant young officer into the national spotlight in the midst of the country’s darkest hours. From West Point to the daring actions that propelled him to the rank of general at age twenty-three to his unlikely romance with Libbie Bacon, Custer’s exploits are the stuff of legend.

Always leading his men from the front with a personal courage seldom seen before or since, he was a key part of nearly every major engagement in the east. Not only did Custer capture the first battle flag taken by the Union and receive the white flag of surrender at Appomattox, but his field generalship at Gettysburg against Confederate cavalry General Jeb Stuart had historic implications in changing the course of that pivotal battle.

For decades, historians have looked at Custer strictly through the lens of his death on the frontier, casting him as a failure. While some may say that the events that took place at the Little Big Horn are illustrative of America’s bloody westward expansion, they have in the process unjustly eclipsed Custer’s otherwise extraordinarily life and outstanding career and fall far short of encompassing his incredible service to his country. This biography of thundering cannons, pounding hooves, and stunning successes tells the true story of the origins of one of history’s most dynamic and misunderstood figures. Award-winning historian Thom Hatch reexamines Custer’s early career to rebalance the scales and show why Custer’s epic fall could never have happened without the spectacular rise that made him an American legend.

This is a much different story about Custer. You see a little bit of his early home life but then you move on to West Point. Where he may not have looked like his was a good student but he had to be for all of the demerits he got. Because those took off points of grade or marks but he still had enough to come back every year. He did make a name for himself there and for the most part he was looking at having a good time. It was said that he was an excellent horse rider. When he was going there it was a five year school but with war being a possibility they changed it to four years. He was looking at graduating in 1861. Before graduation was the beginnings of the. Some of the cadets came in and left before graduating to go fight for the south. One was his roommate and some of his closest friends. He tried to talk them out of leaving at least until after graduating. He could not see going so soon, but they all shook hands and knew that at some point they would see one another again. He then was sent to Washington and meet with General Scott, who gave him a choice to stay in Washington or go out “He said he wanted to go out to the action”. With that he was sent to the 2nd cavalry, it was the beginning of Bull Run. From this time forward he was involved in most every battle except the ones in the west He of course is known for Gettysburg. But his men would not have followed that day if there were not days before that one. Battles that looked hopeless he would somehow change. Not change the big picture but change it so his men could come out and fight another day. He really believed in not leaving anyone behind. In more than one instance he would ride in where a group of his men were surrounded and then look for a weak point. Then leading the way in a saber charge with his men following they would break free. A few times the enemy didn’t know what happened he turned around and attacked. Simply amazing. He destroyed supply lines and yes he even argued with people. But he was always fighting for with his men. The Michigan cavalry were given some of the tougher assignments and they always followed troughed. In one battle he had his cannons open up from one side and part of his troops there they started the attack to draw out the south. Once the South committed to the attack he had the rest of his troops attack from the other side. Once the Southern general knew what was happening it was too late to call retreat. It was battles like these that made a name for himself. He would stand and fight with his men and he led them into battle. As a general that impressive not everyone did that. It was also towards the end of the war that he runs into Major Reno, yes the same one who does not show up at Little Big Horn. Here you find out he was the first to capture an enemy flag and then accepted the surrender. And he stood and fought at Little Big Horn just like he did during the civil war. With his men thinking they were going to overcome. This time the Indians had Springfield rifles and the troopers had to reload after every shot. The tables were turn but he stood in and did his duty. That is what this book was trying to get people to see. That Armstrong was following orders and was doing his duty and for that he should be honored as the true soldier that he was and for the proud way he cared himself as an officer in the U.S. ARMY and with that I agree. A fantastic book and a different story about a man that we only see one side.
at October 15, 2013
Email ThisBlogThis!Share to TwitterShare to FacebookShare to Pinterest 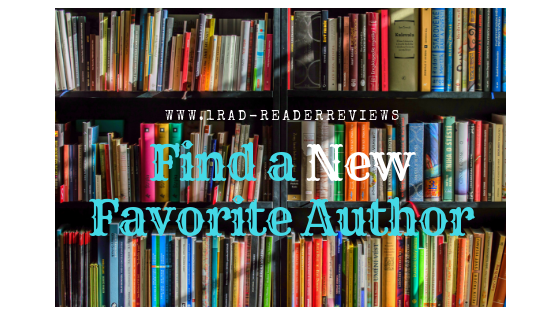