After years of dreaming, Jessica is finally getting married, but the marriage isn't exactly what she thought.

Daniel is her best friend, and she's known him all her life, but he's never gotten over losing his wife two years ago. His dream is to become the pastor of the church in their hometown, but the small-town congregation keeps balking over calling an unmarried minister. Since Daniel needs a wife and Jessica wants a husband and family, she proposes an arrangement that benefits both of them.

Jessica can be practical about this marriage. She knows what she's getting into, after all...

This book includes fully-developed sex scenes between a husband and wife.

Jessica and Daniel grew up together.  They were friends in the same town in fact he lived next door.  When they went to college Daniel found Lila his one true love that God had sent him.


Lila was the perfect pastor’s wife too.  She could cook, clean, sew, host parties, you name it she could do it.  After eight years together she was killed in a car accident.  Now even though Daniel and Jessica had grown up together when Lila met Jessica at the church that they attended at college it pulled them together as friends again only through Lila.


After she died they stayed friends who helped each other through the loss.  They had a comfortable relationship.  Daniel was in need of a new church and was really hoping to get his church back in their hometown.  The elders were saying that he was not married and he was too young but not being married was the main problem.  So, Jessica came up with a plan.


They she get married, so that he could get his church and she could get a family with children and a husband.
There doesn’t have to be any love connection just friendship, understanding and a goal was her argument.
Yet, Jessica felt more alone then she had ever felt and Daniel felt more guilt than ever for moving on with his life.


Will they be able to make this marriage work?  Will it truly be a normal marriage?  Can they be happy by tearing down the wall and allow trust, love, and happiness to replace loneliness, fear, and pain?


I did enjoy this book just felt sad for each of them at different times and wanted to shake them at others.  Provided by netgalley.com

at December 23, 2013
Email ThisBlogThis!Share to TwitterShare to FacebookShare to Pinterest

LET'S WELCOME RHONDA JAMES AUTHOR OF: Rad-Reader:   What made you want to write this story? Rhonda... 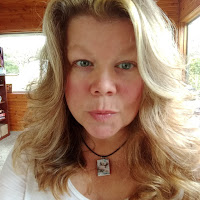