Guess Who Will Be Here
Friday, July 31
At 7pm PST?
SJ Hooks 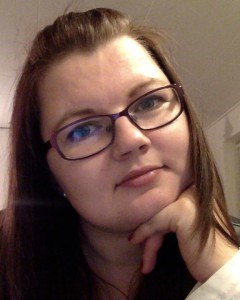 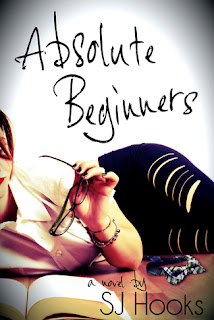 He teaches classes on Tuesdays and Fridays. He has dinners with his parents on the weekend. He goes to the gym with his comically crass stepbrother, Matt, a few days each week. And every night, he heads home at a reasonable hour, alone.

There’s only one thorn in Stephen’s perfectly organized side: Ms. Julia Wilde. Never has Stephen dealt with a more unruly student. She’s rude, provocative, infuriating—and she dresses in a way that is completely unbecoming for a lady. Stephen can’t wait for the semester to be over, and then he’ll never have to see her again.

That is, until Stephen finds himself out of the classroom and in Julia's apartment. Suddenly, the student/teacher roles are reversed, and the professor receives a much-needed lesson between the sheets. Stephen thought his life made sense, but after his tryst with Julia, he finds himself changed in more ways than one. Maybe he’s coming down with something.

Or maybe, something a little out of the ordinary is exactly what this stuffy professor needs to really live.

"You can open your eyes now.”
"A-are you decent?" I asked nervously.
"Well, I wouldn't go that far," she chuckled. “Look at me.”
No, better keep my eyes closed. I should leave now, before I get into trouble.
The second the thought entered my mind I realized that I was already in trouble, because I felt Ms. Wilde's hands on each side of my face as her body pressed against mine. And she felt naked.
This is not happening. What am I going to do?
I had no idea what this was. Why would Ms. Wilde do this? She had done nothing but annoy me all semester, and that couldn’t have been unintentional on her part. Could it? Was she doing this to tease me, like she did in class whenever she smiled or winked at me? What was this?!
"Stephen, look at me.”
I realized that I would need my vision if I was going to make it out of this apartment in one piece; otherwise, I would most likely trip over one of the books on the floor and break my neck. Reluctantly, I opened my eyes and, sure enough, Ms. Wilde's face was only inches from mine.

HUBBY'S REVIEW:
This book is a different take on student teacher. Stephen Worthington, is an English professor and 33 years old. He lives a very structured life, of work, gym, home to grade papers, sleep, do it again the next day. He changes routine for his step brother even though he doesn’t know why he still must put step in front because they have been brothers for over 20 years. He also changes to go to his mother’s and stepfather’s home for the occasional dinner. Julia Wilde, is a student in his class who is the total opposite of him. She dresses modern, is late, does not raise her hand to speak but when she does talk it always has a meaning, and she sits in front of the class and is driving him crazy. After talking about her to his brother for weeks he does not want to do anything because of the professor student rule of not dating. Then by chance one night they are outside of the bar that his brother owns and she needs a ride. He gives her one and then she invites him up and then after some talking and finding out that she has traveled to Europe and many other countries she begins to get frisky. He is nervous and then she finds out that he is not that experienced they proceed on a quest of exploring and he is opening up his mind to a whole new experience. She does not do dating so this goes on for months, but slowly they are getting closer together without realizing it. The story goes along and then one night he gets drunk for some reason and goes crazy in his office and marks her paper an “F” and this starts a fight where they don’t see each other for quite some time. In order to try to win her back he goes to his brother and his friend who works at the bar to come up with a plan. They decide to go and meet her and her friends that night at a club and when they meet he really has to pour it on to get her to listen to him. This is one of the funnier parts of the book. Afterwards he gives her a ride home but does not go upstairs. She shows up a couple days later at his place needing to talk and to explain what has been going on in her life and losing her grandfather, (Pops). This turns out to be a nice evening for them and she spends the night, he makes dinner and takes care of her and they sleep together for the first time without doing anything. This first book comes to a close you are now getting ready for the second story and wanting to know what happens between them. The characters in this book are fun and full of life and the story moves along with ease. I found myself really enjoying this book and could not wait until the second book. A good book. i got this book from netgalley.  I give this 5 stars. 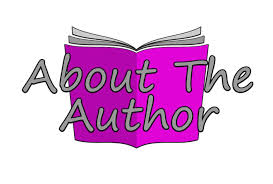 Although she is a native of Denmark, SJ Hooks has always had a keen interest in the English language. She has a BA in English Literature and is close to finishing her MA in American Studies. As a student and a single, working mother of two special needs children, her days are busy. At night, when she isn’t passed out on the couch, she’s in front of her computer, writing stories of love, humor and passion—the best things in life. Her dream is to build a career as a full-time author.

at July 29, 2015
Email ThisBlogThis!Share to TwitterShare to FacebookShare to Pinterest