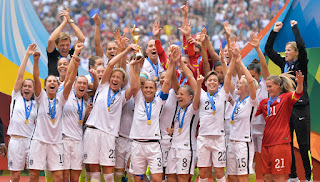 The U.S.A. Women’s soccer team won their 3rd World Cup Sunday and now have the most wins for the Cup on the women’s side. This team played as a team from the first game thru to the last and did not stop at all. Today they also got their ticker tape parade in New York, down the Avenue of the America’s another long tradition in our country that does not get noticed that much as well. Hats off to the U.S. Women’s World Cup Champion’s! WELL DONE! 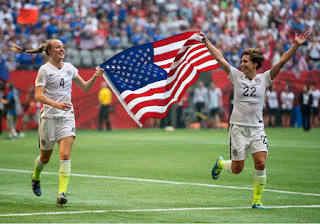 This and more to talk about!!!  So come join us.
at July 09, 2015
Email ThisBlogThis!Share to TwitterShare to FacebookShare to Pinterest