I am so sorry I had this on auto publish last night and it did not publish for some reason. I can't say how sorry I am for not catching it until just now to Mia and all our readers I apologize.
Welcome Special guest author
Mia Hopkins 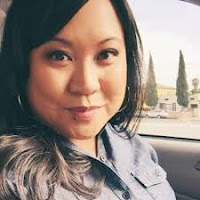 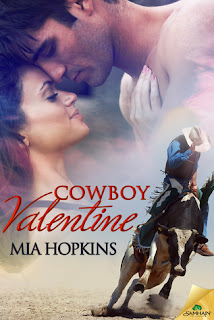 Forget chocolate and flowers. This homegrown honey is all the sweetness he craves.
Small-town life is nothing but a waiting room for eighteen-year-old honor student Corazón Gomez. Work and school leave little time for love, but with a full-ride Ivy League scholarship and a one-way ticket out of the boondocks, who needs it?
The answer appears on Valentine’s Day when her old cowboy crush ambles into the ice cream parlor where she works, inviting her to go on a late-night ride in his truck. For the first time she wavers between staying on the straight and narrow, and going off-road with the handsome heartbreaker.
After four years working on ranches all over the country, Caleb MacKinnon is back on the family farm helping out his mom and brothers while his father fights cancer. The one bright spot: smart, funny, and wickedly sexy Cora.
From the start, they both know this blazing-hot love affair can’t last. But when autumn comes and Cora has to leave for the East Coast, Caleb must find a solution to keep himself—and his heart—from falling apart. 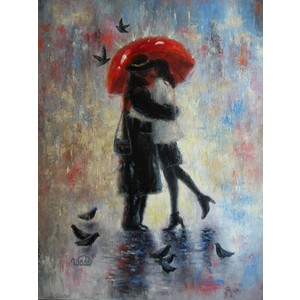 Thank you for inviting me to come chat with you today. I’m really excited to answer your questions.


Rad-Reader:  How did you come up with this storyline?

Mia:  I had heard Kip Moore’s song “Somethin’ ‘Bout a Truck” on the country radio station here in L.A. There’s a line in that song that goes, “There’s somethin’ ‘bout a kiss that’s gonna lead to more, on that dropped tailgate back behind the corn.” That line just stuck with me. So I wrote a scene with two people getting it on in a truck on some country road. The more time I spent with these characters, the clearer they became. Soon I had a clear picture of Caleb, this rough, tough young rancher’s son. And then I had Cora, this determined, brainy high school girl who just wants to escape this small town by any means necessary. The story just grew from there.

Rad-Reader:  At first it seemed like Caleb had gone there knowing Cora was there.  Then he seemed to not to have known.  Which was it?  So, did Caleb go there for her or just for Ice cream or because the other chick dumped him?

Mia:  It’s Valentine’s Day and poor Caleb gets stood up by his date! (Her name is Andie, by the way. Caleb is such a hottie that I couldn’t help wondering why Andie would stand him up, so I wrote a short story about her. It’s called “Cowboy Overload” and you can get it here.) Caleb doesn’t want to go to either of the bars in town because he’s embarrassed to be seen alone, but he doesn’t want to go home just yet. So, why not have an ice cream cone to soothe his bruised ego? He goes to the ice cream parlor, but he doesn’t know that Cora works there.

Rad-Reader:  Caleb seemed to be so gentle at the beginning of their first encounter then he lost himself and it became all about him.  What happened?

Mia:  Caleb’s young—he’s 22. He’s sexually experienced enough to know how to treat Cora, but not sophisticated enough to have the self-control of an older man. After Cora gives her consent for him to be hard on her, he is.

Rad-Reader:  Were you going to take Caleb’s character in a different direction at that time? Because he seemed so cold and dark.

Rad-Reader:  Cora was so crushing on Caleb for years.  Well since her freshman year.  For her to be so forward it seemed out of character.  She trusted him. Why when he was so hurtful their first time sexually did she continue?  Was she afraid of him?

Mia:  Cora is a tough cookie. She’s had to raise herself and she’s smart. She has a crush on Caleb, but that doesn’t cloud her judgment. She’s attracted to him and even though she appears to be naïve, every decision she makes that night leads to her getting what she wants.

Rad-Reader:  When Caleb took her back home he was basically demanding to see her again but in a quiet creepy kind of way.  She didn’t want to.  She saw the devil in his eyes.  Was it fear that made her see him again or the long crushing love?

Mia:  No, it’s definitely not love, not at that point. I don’t think its fear either. Caleb forces her to face her attraction to him. I think that young women are not encouraged to admit they have sexual desires. Young women are supposed to be the objects of desire. They’re expected to be passive and kind of coy. But Caleb is intelligent. He knows she wants more, and he wants her to admit it.

Rad-Reader:  When it jumps into the blossoming relationship Feb-Aug.  Cora ends up owning all the control really.  Cora owns Caleb’s heart.  What for you was the defining moment that made that change for them both?

Mia:  That section of the story is told from Caleb’s point of view. I feel that if Cora were telling that part, it would seem the other way around—he would appear to have control of her heart instead.  They’re both falling in love but are too afraid to admit it because time is running out. To me, there isn’t a clearly defined turning point between a purely physical relationship and a relationship that is both emotional and physical. I think the time they spend together has transformed what they are. It’s taken months for them to get there.

Rad-Reader:  Cora was running away from love and Caleb was running to love.  Do you feel that this relationship the way it happened made them a stronger couple or do you think it’s still shaky?

Mia:  I love how you put that: running away from love and running to love. It’s a beautiful idea. I don’t know if they’ll be on shaky ground forever, but I think they have a fighting chance. :)

Rad-Reader:  I your book were to be made into a movie who would you want to play:

Mia: These are awesome choices. Douglas Booth is such a beautiful man. For the movie version of Cowboy Valentine, I would want to get in my time machine and choose… 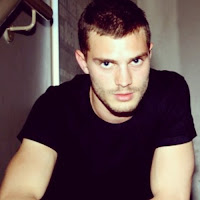 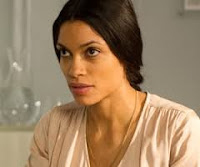 Rad-Reader:  What song best describes the essences of your story of Caleb and Cora?

Mia:  “Somethin’ ‘Bout a Truck” by Kip Moore, of course. But also Jason Aldean’s “Take a Little Ride.” The lyrics to that song are about taking a ride down a back road in a Chevy. The energy of the song is exactly what I’d imagine Caleb feeling with this pretty girl in his truck.

Rad-Reader:  I understand this is your first book.  How did you decide which genre to choose?  How has the receptions been with friends and family?

Rad-Reader:  Where can our readers find you?

Mia:  I blog every week at www.miahopkinsauthor.com. You can find me on Twitter @miahopkinsxoxo and on Facebook at Mia Hopkins’ Books. Oh, and if you are in the mood for some serious eye candy, check out my Sexy Cowboy board on Pinterest.

Rad-Reader:  Where can they buy your book? 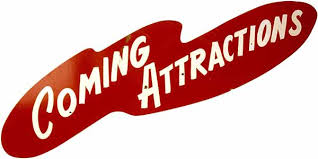 Rad-Reader:  When is your next book coming out? 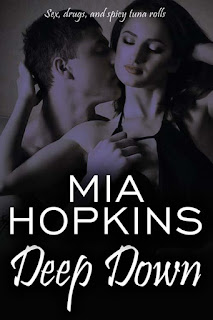 at August 14, 2015
Email ThisBlogThis!Share to TwitterShare to FacebookShare to Pinterest