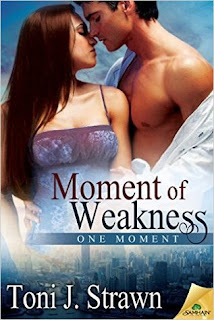 The rules of engagement are clear: it's all-out war. And their hearts are on the line. One Moment, Book 1 It’s not that Abby Harkness’ ex cheated. Hell, it’s not even that he did the dirty with her own sister. The worst part? Everyone—even her own mother—knew about it before she did. These days, Abby’s nomadic job makes it easy to stick to the rules that protect her heart. Rule number one: Never stay in any man’s bed more than one night. But when a carefully planned tryst falls through, she finds herself stranded in a boardroom—naked—with the one man who makes her body scream danger. Three hours of mind-blowing sex later, Marcus Brookhein walks out of the boardroom feeling like he just lost. That doesn’t sit with someone who lives and breathes competition. Next time, he’s making the rules. Starting by getting her assigned to work side by side with him. Abby is desperate not to repeat a night of pleasure that left cracks in her carefully constructed defenses. But four long weeks of close proximity loom before her. And Marcus has a lot to teach her about playing dirty…Warning: Contains a contest of wills with hot sex. Epic hot sex. Pushing-the-limits sex. On a conference table. On the kitchen counter. On the floor—because they never quite make it to the couch.

Rad-Reader:  Where did you come up with this storyline or did it you?find

Toni:  I was struggling to write another story and a friend of mine said to take a break and just have some fun. I decided to do a one-night-stand story and just throw everything at it. I never expected to get MOMENT OF WEAKNESS published!

Rad-Reader:  How could Nicky be so unkind to the sister she said she loved and have an affair with her fiancé?  Her excuse was just so lame I thought.

Toni:  I agree. I think Nicky is selfish and only thought of herself. She does love Nathan and she rationalised her behaviour by telling herself Abby didn’t love him so it was ok to have an affair with him.

Rad-Reader:  Nathan is the one I can’t believe either woman would trust again.  Why does Nicky?  He was willing to have an affair with his fiancé’s sister.  Leaving friends and perfect stranger’s open season.

Toni:  Nathan does love Nicky and he cared for Abby but never loved her. He is a coward and was too scared to tell Abby. By the time it got to the wedding it had almost become too late to call it off – so it was good that at least Nicky found the courage to tell her.

Rad-Reader:  Her mother, I’m heartbroken that the one person she should have had in her corner, where she should have had a soft place to land during tough times was not there for her.  That was just glossed over why?  I couldn’t have done it.  Even if forgiveness is right betrayal is still betrayal, the trust has still been broken by the parent.

Toni:  Most of us are lucky to have parents who will stand up for their children, but there are people who don’t like confrontation and would rather bury their heads in the sand. Abby’s mother was like this. She didn’t want to hurt Abby or take sides, so she did nothing instead. Inexcusable in my book which is why I never resolved it. That doesn’t mean it won’t get resolved later down the line...

Rad-Reader:  She came up with her own set of rules once she walked out on her family never looking back.  Can you tell us what they are and her thought process?

Toni:  As you’ve said, there was some pretty hefty betrayal by her own mother, which led Abby to think she couldn’t trust anyone – other than Stacy. She was so hurt she wasn’t even willing to test that theory so preferred not to put herself in a position where she needed to engage on a personal level. However girls still have needs and while Abby kept her games to her sexual needs she was also craving intimacy which is why she needed to keep playing. The game kept it impersonal and meant Abby retained control.

Rad-Reader:  Logan is who she set her sights on but he was a douche.  Please tell us he gets what’s comin' to him? Hahaha!

Toni: Hmmm. Logan is my special project. He plays a role in the second story, MOMENTARY LAPSE, due out February 2nd. Along with Marcus’s friend. Cole Langford.

Rad-Reader:  Marcus Brookhein set his sights on Abby the first day and figured out her end game.  Why did he want in at first?

Toni:  Marcus is highly competitive and he saw Abby as a challenge – an incredibly sexy challenge. With his drive to win, Marcus was never going to let Logan walk away with her.

Rad-Reader:  When did it change for each of them?  That moment?

Toni:  For Marcus it was after the bathroom scene when he realised he was still playing the game. He decided then he would rather lose than hurt Abby any more. A big moment for him. With Abby, I think she knew she was in trouble right from the start, maybe even when she wanted to go up to his hotel room and spend the night on that first night. For the rest of the time she was trying to deny her feelings and pretend it was still a game. 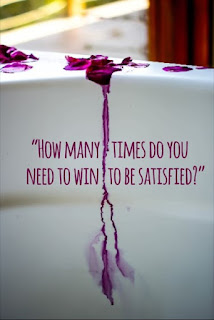 Marcus's Moment...
Rad-Reader:  Is there really only sex or do you feel that a part of our spirit is chipped away for the good to open up to our partner or the bad to add more loathing to the heap?

Toni:  I don’t believe that most people could sleep with someone and not walk away feeling something or caring about them in some way. And this is the basis of the ONE MOMENT series. If you walk away quickly enough maybe you can get away with telling yourself it doesn’t matter, or put enough blocks up that you can keep finding faults.

Rad-Reader:  She was tortured by Nicky and Nathan for so long.  How does she now move on with them as a couple? Especially after a betrayal even if all can or could be forgiven?

Toni:  Underneath it all, Abby cares about Nicky and is worried for her sister because I think we can all agree Nathan is weak. Once Abby realises how deep her love for Marcus is and how hard she would fight to keep him, she has an understanding of why Nicky did it – even if she doesn’t agree with what they did.

Toni:  Exciting news. The third book of the ONE MOMENT series is being released later in 2016. NOT FOR A MOMENT is due out in May 2016. I am currently working on the 4th book of the series as well as another top-secret project that is in the pipe-line.

Toni:  I love EVERYTHING romance. I love creating stories where people have had a horrible time and don’t think they are worthy of love. Everyone deserves love and even the most broken or bitter people can find it. Often it’s just about letting others in – that one moment, or one decision that can lead to a life-time of love.

Toni:  I love chocolate and rice risotto. Not together. That would just be wrong.

Rad-Reader:  What song out right now best describes/reminds you of your book?

Every Me, Every You by Placebo

Toni:  It would have to be something by Tool. Loud. Epic. With a lot of dips and curls that you don’t expect.

Toni:  Oooh – I don’t know. I went through a heap of magazines when I started writing and cut out lots of faces. I looked through my pile before I wrote and picked out characters but most of them I don’t even know their names. I love the people you have picked.

Toni:  MOMENT OF WEAKNESS is an e-book only. MOMENTARY LAPSE and NOT FOR A MOMENT are e-book and paperback and can be brought from the Samhain Publishing store, Amazon, Kobo, Barnes and Noble, iTunes and Google Play.

Rad-Reader:  Where can our readers find you on the internet? (Websites...) 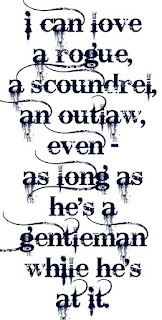 I want to Thank Toni for being with us and joining our crazy family of misfits.  We so enjoyed all the answers to my questions.  Thanks for writing such an enjoyable book and keeping us wanting more.  Stop by again and say Hi!  Thanks again :)

at January 29, 2016
Email ThisBlogThis!Share to TwitterShare to FacebookShare to Pinterest