ARE YOU READY FOR OUR : LOVE REKINDLED INTERVIEW WITH MICHELLE LYNN? EXCERPT INCLUDED! YAY!!! 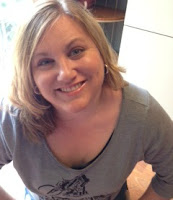 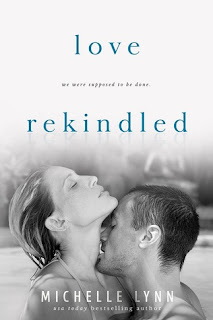 Michelle:  Originally, it was the story of Love Surfaced that came to me. I have 7 year old boy/girl twins myself and one day I had a play date with my son’s best friend. The three of them were sitting around eating lunch and my son’s bf said to my daughter that all three of them could be best friends. My son looked at him and said, “she’s my sister.” With a look of disgust. The seed of the story was born between Piper and Tanner. Brad’s character evolved through Love Surfaced and even though Love Rekindled starts with a bang due to Brad’s first line, he had to own what he’d done.

Rad-Reader:  Never really clear what Tanner and Brad did can you explain that for us?

Michelle:  Unfortunately, you’d have to read Love Surfaced to know what they did. Sorry, no spoilers! ;)

Rad-Reader:  Brad has a good heart but his behavior in college was out of control.  How did he expect to continue to do well acting out?

Michelle:  He wasn’t thinking. Brad’s only dream his whole life was being an Olympic Swimmer. When he realized that wasn’t going to happen, he grasped for straws and still failed. His out of control behavior in college was him feeling lost from any future.

Rad-Reader:  How long had Tanner and Piper been seeing each other?   From that night that Taylor and Brad got together she noticed they had a thing.

Rad-Reader:  Will there be a book about Dylan and Bea?

Michelle:  Love Emerged is coming out May 2016. It is Dylan and Bea’s story! J

Rad-Reader:  Why was there only one small line in there about Piper and Brad being twins?  I didn’t figure that out until I was preparing the questions for this interview.

Michelle:  In Love Rekindled it didn’t have an impact on the story that they were twins. The fact they were twins held more weight in Love Surfaced because of Tanner being Brad’s best friend and loving Piper.

Rad-Reader:  Dylan seems like a great guy but one of the Alpha Male types.  Am I wrong?

Michelle:  You’ll have to read Love Emerged, but I think Dylan will surprise you. As will Bea!

Rad-Reader:  Okay, in chapter 11, Brad said that since “Piper married the star Olympian, she’s the number one child…”  But then the epilogue after Brad asks Taylor her important question - Piper and Tanner and she are in her old room and it keeps referring to Tanner as her fiancée.  Is she married already or not?

Michelle:  Well, I think you found an error! It should have said “about to be married”. I’ll be calling my formatter now! Thank you. Piper and Tanner are engaged but not married.

Rad-Reader:  Sam had his life uprooted by Brad coming back into Taylor’s life.  She had to have known the score and heard the stories and felt what he was feeling.  Why did she let it continue?  Even before Brad?

Michelle:  Taylor did think he might have feelings for her, but he still had been looking for her sister. I believe Taylor and Sam were in a limbo in their lives until Brad returned.

Rad-Reader:  Why didn’t Sam just divorce her sister already especially if he was so ready to state his intentions toward Taylor?

Michelle:  That would be a question for Sam! Haha You figure he couldn’t find her to get a divorce. I’m sure there are some papers he could file for abandonment, which I’m sure he will in the future.

Rad-Reader:  Will we hear anymore from Sam?

Michelle:  At this point, Sam will not have his own story, but you never know what the future holds.

Rad-Reader:  What would you do if you couldn’t write?

Michelle:  I’d probably still be writing something whether it was published or not.

Michelle: I usually go with what’s in my head, but these are similar.

Taylor:  I agree with Alexandra Daddario 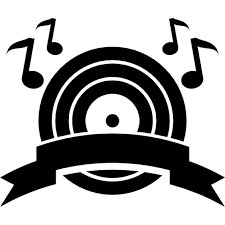 Rad-Reader:  What song out now best describes your book?


"Fall Out Boy" - Centuries
For how Brad is on top as a swimmer then bottoms out.  Then makes a comeback when he finds Taylor & makes things right.

Michelle:  Here’s a Spotify link to the songs I thought fit Brad and Taylor’s story.

Find My Way back by Cody Fry

Michelle:  Love Emerged (Dylan and Bea) will be out in May 2016. Follow my Pinterest board for it.

I’m writing a New Adult college romance currently that will release in Summer of 2016. 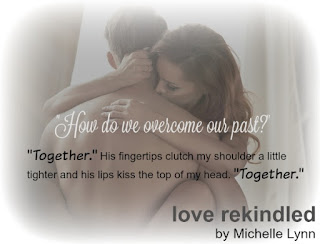 I'm a cheater. There. I said it. Two years ago, I fell into a hole, and as fast as my fingers clawed to escape, the dirt continued to pile on me. I'm not saying it's an excuse. I'm not even saying she should forgive me. Although, I hope she does. But I can't live without her anymore. I tried. I found a girl and proposed to her, while imagining the delicate finger I slid the ring on belonged to someone else. No matter how hard I tried, I couldn't go through with marrying anyone but her. For sure, I never thought I'd say this, but I'm nothing without her. She brings out the good in me. That's why I'm here, in some small-ass town, to grovel my way back into her heart.
She's different now, and I'm not referring to the disappearance of her bleached blonde hair back to her natural brown. I loved her as a blonde, but the dark suits her better. I wouldn't care if she had rainbow-colored hair. I'm not sitting outside the hospital where she works, watching her walk to her car like some stalker, because she’s gorgeous. I’m here because of her heart and kindness. That’s what I’m fighting to get back. The package it comes in is just an added bonus.
Her ponytail swings back and forth as she laughs with what I hope is a co-worker, unless she's turned lesbian in the last two years. She waves good-bye to the girl and throws her purse into the passenger seat of her Jetta. The car has a little more rust than it did back in the day, but it's held up well. Still, it’s old and she deserves something newer.
She pulls out of her parking space, and my heart constricts as I watch her drive away from me again. I should duck down so she doesn’t see me, but my eyes won't veer from her. The beat-up Jetta passes and my stomach clenches. My hand itches to yank the car handle open. My feet beg to disobey and run to her. I don't have to, because she slams on the breaks and her eyes are locked on mine. Hope pours from mine while hers fume with anger.

I would like to thank Michelle for her book and for taking the time for being with us.  She has such a good book of what a struggle it is to take losses in your life and turn them into something that can make you proud but you have to take the first steps.  But it never hurts to have someone you love in your corner waiting for you.  Even in the face of not knowing if that were true Brad and all those around him had no faith in him he took the chance to take that first step.  This is a powerful love story with twist and turns and some happy times too.  Thanks again Michelle and please stop by and visit the rest of the Misfits that you are now a part of at 1 Rad-Reader Reviews.
Char :)
at April 08, 2016
Email ThisBlogThis!Share to TwitterShare to FacebookShare to Pinterest