Kim Law Interview Author of: ON THE ROCKS 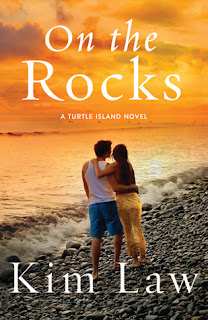 Rad-Reader:  Married my high school sweetheart so loved this story so much.  So why this storyline?

Kim:  First, I love high school sweetheart HEAs! And granted, Ginger and Carter weren’t sweethearts before, but they should have been, don’t you think? I loved Ginger so much in the first two Turtle Island books. She was such a romantic. So I wanted to give her that special kind of high school sweetheart happily ever after that so many of us dreamed about as kids, and that meant that it had to be Carter.

Rad-Reader:  They were best friends why no contact at all?

Kim:  Well, they were GOOD friends. If you recall, her best friends were her girls, Roni and Andie. But Carter was the boy next door. He as a great friend, and they shared a lot, but as so often happens in life, they went down separate paths. Since he so rarely came home after he left, it was just natural for their paths not to cross.

Rad-Reader:  Did he hate his hometown?  His family?

Kim:  No. Just the opposite, in fact. But he had this vision of what his life should be and he simply got wrapped up in trying to make it happen. When his ex always found excuses not to visit his hometown with him, it was merely easier to focus on his career and his writing. (It’s very easy to get sucked into writing in all your spare time and to let everything else go, btw J ) His parents were out traveling, and his sister attended school off the island, so Carter eventually saw Turtle Island as his past. No hate, just moving on with life.

Rad-Reader:  When Carter heard Ginger’s father died why didn’t he come home for the services or contact her?

Kim:  That’s a really good question! And one I wish my editor had brought up ;) Because yeah . . . he probably should have at least reached out, shouldn’t he? Maybe I should use you as a beta reader for me in the future??? J

Rad-Reader:  Did I read it correctly that his wife resembled (Red) Ginger?  Wouldn’t that say something?

Kim:  LOL. Yes! You read that right! I did that very intentionally, but I didn’t harp on it. I wanted there to always be something in the back of his mind that Ginger was “the one” even though he never ever thought of her in that way. They were friends first and foremost, and that was key for them. But when he went off to school, THAT’S what he was subconsciously looking for. I’m so glad you caught that!

Rad-Reader:  Ginger had always had a crush on him but he never saw her that way.  Why?

Kim:  I think sometimes when you’re too close to someone, you don’t see what’s right in front of you. He was popular and the girls loved him and he had a great time in school. Additionally, he truly valued the friendship with Ginger. He loved talking to and sharing things with her, and since it had been that way since they’d both been little kids, that’s simply the way it stayed. Ginger was too shy to have pushed for more (or even let her desire for more be seen), and men tend to fear rejection, so Carter simply never saw her as someone to push for me. He liked what they had, and that was key.

Rad-Reader:  Yet, when they are back in town together and able to talk he says how she looks different.  She says well it’s the extra weight being gone.  He says he doesn’t remember her being heavier.  She’s like come on?  That was her covers being removed an “aw haw” moment because all this time she thought he never chose her because of her weight but instead it was just her.  Right?

Kim:  It wasn’t that he didn’t “choose” her. He chose her friendship. He had guy friends as well, but even as a kid, he recognized that his friendship with her was different. They talked, and it was more than two guys getting together and shooting the bull, you know? And he liked that—though he’d have never admitted that to his male friends at the time! Lol. But in his reality, she was kind of like one of the guys. Just…different.

Rad-Reader:  Have you ever had a moment like that with an old crush when you covers have been pulled?  Or someone you know?  I have it is I opening.

Kim:  Can’t say that I have experienced it personally . . . or not that I can remember J I have imagined it plenty of times, though!

Rad-Reader:  I love Ginger’s optimism to not give up on love.  That if the one that she loved was going to step up then time to move forward.  How often do you think this is a reality?  What was the reality of this for Carter?  And Kim?

Kim:  I think that too often people can get down on themselves and let their relationship (or lack thereof) define them. And I hate that! Because a relationship does not make a person!!! A person makes a person, and that’s all. That’s why the majority of my books are so often about being the best YOU you can be. About figuring out and loving YOU. Relationships are great, and love is wonderful. But being in love with yourself first? That’s golden! And yes, I’ve learned this myself due to very hard lessons over the years.

Rad-Reader:  Carter was mad at the world for what his wife did to him yet he took no responsibility in their marriage falling apart before that why?  Not ever saying what she did was right because it wasn’t.  But…

Kim:  Can I say it was because he was a man? lol. That’s probably not a great answer, but when you’re so bogged down in feeling rejected and just smacked in the face, I can see shutting down and placing the blame squarely on another. I’m not saying that’s healthy or wise, but it seems logical to me. Carter needed some distance before he could see reality.

Rad-Reader:  I was amazed at how quickly Ginger forgives him once he returns the second time after finishing his book.  Why so easy and fast?  Reality I can’t see that really happen truthfully can you?

Kim:  Reality…I can see it happening. I felt that Ginger had matured a lot during this book. She knew what she wanted, and she knew she’d fallen in love, and she also knew that he left because he hadn’t fully had closure with his past. He didn’t do anything truly horrible to her. He left because being with her wasn’t where his heart and head could be at the moment. Ginger got this, and though it ticked her off mightily, it wasn’t worth risky losing out on a forever love in order to hold a grudge when he did finally pull his head out of his ass ;)

Rad-Reader:  What song out now would best describe your book?

Kim:  Another pass. The Mister hates the fact that I really don’t do music because that’s his passion. I listen to it, but more as a backdrop. So yeah, I don’t have a good enough knowledge to answer this one.

Rad-Reader:  What is your next project?  When does it come out?

Kim:  MONTANA RESCUE comes out August 23rd, and it’s book two in my The Wildes of Birch Bay series. This series is a big family drama set on a cherry farm in a small northwestern Montana town. The first book in the series, Montana Cherries, set up the family drama as well as introducing the six siblings (though each book is totally a stand alone!), and this book belongs to Nick, who’s the twenty-five-year-old championship bull rider who comes home for an extended visit and runs into his childhood crush. And in this book, she DID know he had a crush on her! And she totally teased him about it all the time because she was the friend’s older sister. Here’s the blurb for it: (And I can’t wait for this one to come out. I absolutely fell in love with both Nick and Harper!)

Championship bull rider Nick Wilde is the face of Montana Pro Rodeo, with all the acclaim and fans he can handle. But is that enough? Contemplating his next career move, he’s come home to his family’s cherry orchard—and to his childhood crush, helicopter pilot Harper Stone. But Harper’s not quite the sexy, badass girl he once lusted after. Recently widowed, she’s broken in two. Wanting to help her move on, Nick finds himself aching for the kind of stability he never had as a child.
True love comes once if you’re lucky, and Harper already had her shot. An accident took her husband eighteen months ago and left only pain and guilt in his place. Now Nick is waking up her body and heart to everything she might still have to gain…or lose. A second chance is more than she thinks she deserves. But with a man like Nick doing the persuading, maybe it’s time to try.

Kim:  Electronically, they’re only available through Amazon for your Kindle or Kindle app. But they can be purchase in print anywhere you can buy print books!

Kim:  I’m on my Facebook page a lot, twitter a little, Pinterest occasionally, and of course, there’s my website. And I love to talk to readers, so please come find me!!
www.facebook.com/kimlawauthor
https://twitter.com/kim_law         www.pinterest.com/kimlawauthor

Rad-Reader:  If you were not a writer what would be your other dream job?

Kim:  There never was another dream job J However, there are MANY things I’d also love to do, and most of them have to do with getting into people’s heads or solving problems. A few of them are: forensics investigator, FBI agent, psychologist, jury consultant, and also an astronaut J

Thanks for having me here today, Char, and what fun questions!! 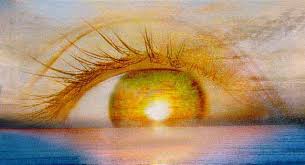 I would like to thank Kim for taking the time to be with us and answering all my FANGIRL questions about her book.  I just loved her characters.  They had so much energy and love that it just gave me time to think back to a time with my hubby and I dating in high school and that is always a good thing.  Thanks again and you now a 1 Rad-Reader Misfit you poor thing you.
Char J
at April 29, 2016
Email ThisBlogThis!Share to TwitterShare to FacebookShare to Pinterest