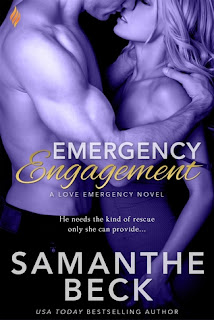 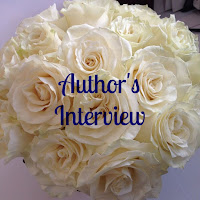 Rad-Reader:  How did you get into writing?

Samanthe:  I always had characters in my head whispering to me, but the time (and the nerve) to answer back didn’t exist until my son came along and I traded corporate America for mommyhood. For some reason I thought I’d have all this extra time to write…with a baby! Lets just say it took a little longer than I anticipated to complete the first manuscript.

Rad-Reader:  Savannah and Beau were polar opposites was that what made them work?

Samanthe:  Beau and Savannah are definitely a case of opposites attracting. He’s a pragmatic paramedic. She’s a whimsical glass artist. Beau’s captivated by Savannah’s creative, free-spirited nature and she’s drawn to his calm, protective tendencies. But though they’re opposite in terms of personalities, deep down they share a lot of similarities. They’re both fundamentally honest people. They both come from close-knit, supportive families, and they value those relationships.

Rad-Reader:  There were so many symbols of affections of caring that Beau never got or never saw which was it?

Samanthe:  Thanks to a past tragedy, Beau has this notion of what he’s capable of, emotionally—and it’s pretty limited. He also realizes right away Savannah deserves more than he can offer, so he does his level best to fight the temptation. He puts up walls to protect them both, and blinds himself to her feelings and his own. Men!

Rad-Reader:  Why did Savannah go along with Beau’s crazy idea in the first place?  Pride, loneliness, or his need?

Samanthe:  I like to think her decision to help Beau convince his parents he was happily engaged hinged 95% on supporting his noble intention to stop his parents from worrying about him, and maybe a teensy 5% on avoiding an awkward situation with her own family.

Rad-Reader:  The “Suit” Mitchell was so one dimensional how did she not see it?  Was it she wanted him to put a ring on it?

Samanthe:  Oh, Mitch…ambitious, selfish Mitch. Savannah got caught up in his genuine love for her art, (which is like an expression of her soul, to her, because she literally breathes life into her creations).  She let that, and a bunch of romantic gestures convince her his love for her was just as genuine.

Rad-Reader:  Like a lot of guys they think sex is just sex and I guess now more women are too.  But in this story we find not so.  Why?

Samanthe:  Sometimes the physical relationship leads the romance, (and those can be really fun stories too), but in Beau and Savannah’s case, they were pretty much goners by the time they had the sex. They’d spent all this time pretending to be a couple, and, at the same time, resisting their very real physical attraction. Getting their heads and hearts in synch though…THAT was their real struggle.

Rad-Reader:  Why was Beau such a neat freak?  Clutter made him nervous.

Samanthe:  Paramedics have to be ruthlessly organized on the job. They cart around a lot of equipment, and they need to know exactly where it is so they can get to it quickly. For Beau, keeping his surroundings clean and organized is a matter of life and death. It’s carried over to his personal life. As jobs will do.

Rad-Reader:  Savannah had a lot of ambition and energy.  Do you know a strong creative woman in your life like her?  If so how has she influenced you?

Samanthe:  I’m lucky to know a lot of strong, creative women! Savannah is really a composite of many of them, but I would have to give special credit to my editor, Heather. Savannah’s enthusiasm, determination, and heart definitely mirror Heather’s qualities.

Rad-Reader:  If your book was to be made into a movie who would play… 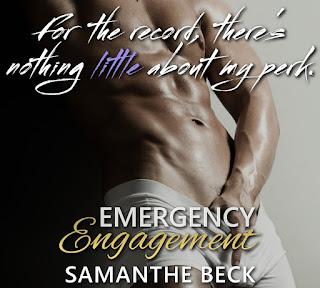 Samanthe:  Wow! You cast them so well. These were my inspiration…

Savannah:  I pictured Jennifer Lawrence as Savannah. She’s beautiful, but there’s something warm, fun-loving, and down-to-earth in her expression.
http://2.bp.blogspot.com/-ewi-cr40yp4/UPZ-c6S8s9I/AAAAAAAACUM/hJp0ggLvbu8/s640/jennifer-lawrence-hd-new-wallpaper-3432.jpg

Hunter:  I had Sam Hunt in my head the whole time I wrote Hunter, (lucky me)!
http://cdn7.whiskeyriff.com/wp-content/uploads/sam-hunt-00061.png

Rad-Reader:  What song out today best tell the story of your book or your characters?
After what he lost the first time Beau's song for Savannah:
"Never Stop" - Safety Suit (Wedding Version)

Samanthe:  That actually fits Beau and his backstory well. For whatever reason, Eric Church’s “Like a Wreckingball” was on heavy rotation on my playlist when I was writing Beau and Savannah’s story. I think, metaphorically, Beau’s been “gone too long,” and Savannah is what pulls him back. And once she gets in his head, she’s all he can think about.

Rad-Reader:  What is your next project?  When is it due out?

Samanthe:  Hunter’s story is the second book in the Love Emergency series, and it’s out now! 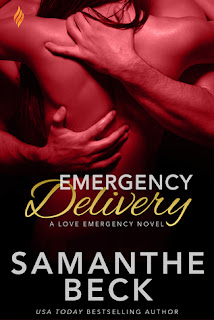 Samanthe:  Look for my titles at your favorite e-book retailer. Amazon, Barnes and Noble.com, iTunes, Kobo…

Hi Rad-Reader! Thanks for having me on the blog today 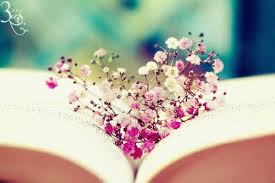 I would like to thanks Samanthe for being with us tonight.  I really enjoyed this story and all that it brought to the table of a couple who were scared to give to much of themselves at first for fear of losing to much.  But what they found was so much more not to mention things from the past came forward bringing rewards they thought they lost.  Friends with benefits or friends into love?  You tell me.  Thanks again Samanthe, please stop by and visit and know that you are now one of us a 1 Rad-Reader Misfit.
Char :)

at April 22, 2016
Email ThisBlogThis!Share to TwitterShare to FacebookShare to Pinterest