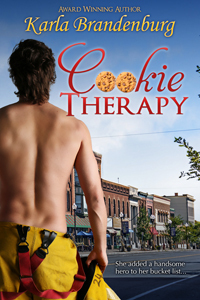 Karla:  Matt started in Living Canvas, as Audrey’s disappointing ex-boyfriend. When I wrote the next book with Cinda (Return to Hoffman Grove), I had so much fun redeeming an unlikeable character (people absolutely HATED Cinda in Living Canvas) that I had to give Matt his shot at redemption.

Rad-Reader:  Why did everyone think it was okay to tell each other’s secrets?

Karla:  They have the best of intentions! They think they’re helping each other out.

Rad-Reader:  How did the Family Friends see themselves as a whole?

Karla:  As a family  :) because their home lives were so dysfunctional, they found the stability they needed as a group. I had one reviewer comment that she found Sue too forgiving of Mike in Cookie Therapy (she hadn’t read the rest of the story in Return to Hoffman Grove). It’s because they’re family that she can forgive him, but she is stronger and looking out for herself in Cookie Therapy.

Rad-Reader:  I totally get that as much as we may at first be grinding our teeth as we forgive "them" it is for our own peace of mind for the healing process in the long run.  One day you realize you are no long grinding your teeth.  But there still may be hurt feelings so you have your guards up and support system ready which in this case is the Family Friends.  So they had her back to say No Mike You May Not Hit Her Any More!

Rad-Reader:  What was Aunt Brenda’s true thoughts at first about Elizabeth?

Karla:  Confused – she knew Elizabeth from when she was younger, so the mixed message Elizabeth’s mom gives about Elizabeth’s personality leaves her questioning what has happened to Elizabeth in the years since she’s seen her last.

Rad-Reader:  Did they lean toward her mother’s version or toward newspapers?

Karla:  She wants to believe the best about Elizabeth, but the “trauma” presents a different image of who Elizabeth might be.

Rad-Reader:  It seemed like really nothing happened in town without the family friends orchestrating it.  Is that correct or just the way it appeared?

Karla:  Since the story is about them, those are the events we get to see  The concert in the park, for instance, wasn’t orchestrated by them, but they did attend.

Rad-Reader:  Matt never wanted children so why didn’t he just break up with Audrey?

Karla:  Because he loved Audrey, but he was blinded by teenage lust. Matt wasn’t ready to settle down yet, he thought they’d have more time just the two of them, which changed when Audrey became a caretaker for her father, and he reacted poorly. (boys mature slower than girls)

Rad-Reader:  After the fire where did Sue go to live?

Karla:  Immediately? She went to stay at the B&B with Audrey. Beyond that, I don’t know! (It wasn’t her story; she didn’t tell me) ;)

Rad-Reader:  Does Sue and Rod get together?

Karla:  They might  :) I left Hoffman Grove temporarily to move on to a new series, but I do love the characters, so I may have to go back to find out!

Rad-Reader:  Why had her Aunt Brenda let everything go?  Meaning the building repairs, etc. or was it just money?

Karla:  The bookstore has become an albatross. As much as she loves it, without her husband, whose dream it was, it becomes too much work for her alone. That was part of why she invited Elizabeth to move there, to manage the ship. Another emotional attachment, the store was all Aunt Brenda had left of her husband, so she was reluctant to sell out.

Rad-Reader:  Where did Audrey meet Greg?

Karla:  For that answer to that, you should read Living Canvas! (They met in Scotland, where they were traveling separately on business trips)

***
Rad-Reader:  Why did her Aunt, knowing her sister was not completely focused in reality, she keeps making the two make contact with each other?

Karla:  She wasn’t aware of how bad things were between Elizabeth and her mother. Aunt Brenda is an optimist who wants to believe the best.

Rad-Reader:  Matt was so into Elizabeth but he seemed to be having some trouble making up his mind as to whether he wanted her in his life causing her to doubt herself.  Is that a correct take on the situation?

Karla:  It was more a sense of Matt doubting his ability to make a commitment. He loved Audrey and screwed that up. He doesn’t want to screw up again, especially now that the stakes are higher. It isn’t just him this time, he has a son to think about.

Rad-Reader:  Trey seemed to know who he liked and Sharon was not it.  Was Matt just scared or just did want responsibility fulltime?  Or was it that he was still wrapping his head around the whole I AM A FATHER thing when he didn’t want to be?

Karla:  When Shannon “dumped” Trey off with Matt, Trey knew he was in the right place. Matt had always been a good father when he and Shannon lived together, but Matt didn’t have confidence in his parenting abilities. Matt didn’t want to make waves with Shannon for Trey’s sake, but once she abandoned Trey, Matt knew he had to step up to the plate.

Karla:  From the time I was five years old! The problem was I didn’t focus my imagination until about 15 years ago, when I wrote Touched by the Sun. The idea I had for that was so overpowering, I knew I had to write it, and I knew it was time to pursue the dream instead of playing around.

Rad-Reader:  What did you do for yourself when you sold your first book?

Karla:  As my husband would tell you, I’m not very good at indulging myself. That was back in 2002, so quite honestly, I don’t remember if I did anything for myself!

Karla:  Oh how fun! People ask me these kinds of questions sometimes, but this is the first time with this book! I like all your choices. I might consider Anne Hathaway for Audrey (and I found an alternate cutie for Matt, although Eric Decker is good!).

Rad-Reader:  What song new or old reminds you or your storyline or characters?
I Do - Meghan Tonjes 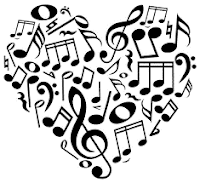 Karla:  Good to be Alive by Andy Grammer. I heard it about 2/3 through writing, and the lyrics resonated!

Karla:  I’m working on a new series of ghost stories/haunted house books. The first is titled Epitaph, and I’m currently working on the second in the series. I don’t have a release date from the publisher yet. Here’s the sneak peek at Epitaph:

“Crazy Amy” Benson has an unusual talent for hearing epitaphs as the dead pass on. The men she dates who aren’t unnerved by her ability are usually scared off by Amy’s brothers. When reporter Kevin McCormick shows up to do a story at the cemetery, Amy tells him his dead sister is calling for justice, except Kevin’s sister died in an accident.

Kevin relays Amy’s odd message to his family and unleashes a killer. While Kevin strives to be an investigative reporter, he doesn’t anticipate his first opportunity will focus on murders within his own family. Now he has to protect the alluring epitaph writer while hunting for evidence against the killer.

Karla:  Amazon, Barnes & Noble, Kobo, iBooks, the usual places.
Quicklinks are on my webpage at http://karlabrandenburg.com/mybooks.html

Karla,
Although your book was a very intense book with a very heavy storyline of survivor’s guilt, forgiveness, abandonment, and a whole lot more.  There were so many funny times that you were able to make those things seem secondary yet still very important to all involved which was pretty much the whole bloomin’ town.  You made it like taking your medicine with a spoonful of sugar.  You knew you had to get through those things but the laughter made it easier.
Thanks for making us look at these things more closely without shoving them in our faces.  But also helping us remember that sharing our secrets doesn’t make them secrets anymore that people can use against us and we can tell the story better and with more truth than some third party.  Living on egg shells is not living.  As Elizabeth and Matt both found out as they found each other.
Thanks for being with us come back and visit us anytime.  Your new backwards family at 1 Rad-Reader Reviews.  You are now a Misfit.  I know, you don’t know whether to be happy or sad.  Be happy now because you can’t run now cause tag your it. ;)
Char
at September 16, 2016
Email ThisBlogThis!Share to TwitterShare to FacebookShare to Pinterest