Shout Out:
An
Author’s Place 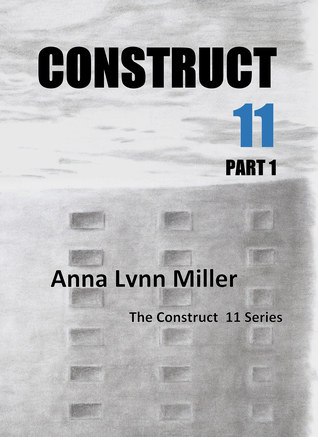 Construct 11 is a building where the surviving population of the final global war have come to live. The Leadership that emerged from the war created the perfect structure for the survivors to be safe from poverty, sickness, and starvation.
Locked behind the walls of Construct 11 for their safety, the survivors thrived. Four generations have been born within the walls with everything they have ever needed provided for them.
Now the true cost of their perfect society is being realized. Will they be able to hold their community together or will the knowledge of the truth disintegrate the framework of their existence? 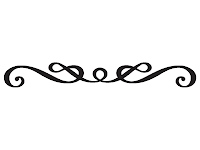 Cycle 4
They told us we would be safe.  They said they would provide shelter, food and medicine.
The war had been devastating.  It started so far away and then it came to us.  We had been unprepared to fight for our homes.  There was so much death, so much suffering.  Our comfortable lives were gone.  We had to learn to survive.
For so many years we scavenged to make shelters, struggled to scratch farms into the ground.  When they came, we left all of that behind us.
I wish I had never come.  I wish I had stayed, run, hidden.
But I had to take care of my family and the lure of safety was tremendous.
We walked for days.  So many were sick and others were dying.  There were fights over food, water and, in some cases, our very lives.  One woman killed my wife over scraps of food.  I wasn't able to bury her.  We were forced to leave her there, on the side of the road.
I should have run away then, snuck away in the night.
But I had my children.  I wanted them to be safe.
When we first arrived, I thought things would be better.  We had food and medicine.  I stepped forward to help lead the large number of people in the cramped building.  I helped to establish the rules.  We would live together in an honest society where all were taken care of.
But life wasn't all that they promised.  Yes, there was shelter, food and medicine.  But it came at a price.  We became slaves.
They locked us in.
It was for our safety.  It was for peace and order.
There were those that rebelled.  I am the last of them.
This morning, I go to trial for treason against the very society I helped establish.  I can't run now.
I fear I will be dead by the end of the day.
David Stevens

1.   The Leadership will govern the Construct.  No other being will dictate the rules and regulations thereof.
2.   For the safety of the beings living within the Construct, none will speak of or enter into the Outside.
3.   Treasonous speaking or acts thereof, against the Leadership, the Construct, or the executors of these Guidelines, will result in Easement.
4.  In exchange for shelter, food, medication and instruction provided by the Leadership, all beings will work six days for every seven.  On the seventh day, with minor exceptions for kitchen and medical staff, all beings will be allowed a rest day.  Exceptions will receive a rest day on a separate day based on staffing needs.
5.   The invigilators will patrol the Construct, offering guidance on the proper execution of these Guidelines, under the direction of the Head Councilmember.  Beings of the Construct will not argue or otherwise show disrespect towards said invigilators.
6.   No being will harm another being in any way.
7.   Once beings have reached the age of maturity, 18, every being will partner with only one being of the opposite sex.  Mating with any being other than a partner is prohibited.  Each pair of beings will produce one offspring only.  Violations of this rule will not be tolerated.
8.   Stealing will not be permitted.  Thieves will be sentenced to Easement.
9.   Honest dealings with every being are expected.  Dishonesty will be dealt with harshly.
10. Personal belongings will be reduced to required materials only.  The population will be allowed to retain their current level of belongings but inheritance will not be allowed.
11.  The age of beings within the Construct will be numbered no higher than 80. 79. 78. 77 76  75

Paul watched Daniel as he disappeared around the corner toward the elevators.
“Do you really want to put him through this?”  Diana was standing just inside the accommodation.
“No.  But he has a gift, Di.  He’s special.”
“It will change him.”
Paul shifted his gaze to the floor.  “I don’t see any other way.”
Silence fell between the pair for a moment.
“Do you think Dan will allow it?” Diana asked.
A grunt escaped Paul’s throat.  “He has to.  He promised.”
"Paul, please don't tell Daniel."
"Tell him what?"
"Who we are."
Paul glanced over at his partner.  He knew the look on her face—she was troubled.  Paul felt powerless, there was nothing he could do to help her feel better.  It was this place they lived in, this place they couldn’t escape.  "I won't," he said.  "I can't do that to him."
“I just worry about him,” Diana said, her voice full of emotion.
Reaching for her hand, he said in a low voice, “I know.  I do too.  But this is too important.”
Paul lifted his head and was about to go back through the door when movement caught his eye.  For a moment, he thought Daniel was coming back.  But it wasn’t him, it was the courier from the office.
He approached Paul right away.  “Paul?”
“Yes?”
“Here are your papers.”  He handed Paul two pieces of white paper, one for him and one for Diana.
“Thank you,” Paul murmured.  The gratitude didn’t matter, though, the courier was off to his next delivery.
Paul read the words and squeezed Diana’s hand.  “We have to do it Di, we have to do it for him.” 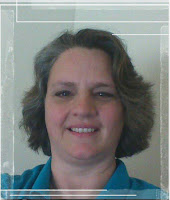 My name is Anna Lynn Miller and I'm the author of Construct 11, Part 1, my debut novel. In my spare time, I help my husband raise our six children and spoil our granddaughter. I've found recently that I love writing and hope to produce more and more things for you to read.

I can be found on Facebook and Goodreads under Anna Lynn Miller.  Construct 11 also has a Facebook page.  I also have a frequently unattended blog at https://construct11series.blogspot.com/
at February 24, 2017
Email ThisBlogThis!Share to TwitterShare to FacebookShare to Pinterest