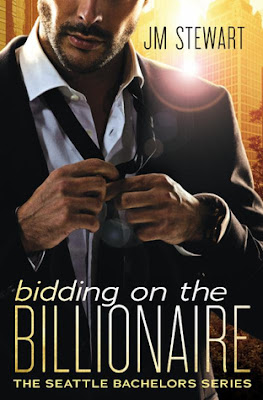 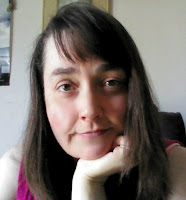 This is Cassie and Tyler’s story. It’s the final book in the series, and it just released recently. You meet Cassie in Bargaining for the Billionaire, book 3 (Maddie’s story). 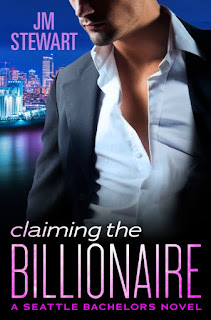 Staff Sergeant Tyler Benson is a survivor. He doesn’t give up on what he wants, and right now, he wants Cassandra Stephanopoulos. He thought about her every single day he was gone. Now that he’s back, nothing will stop him from making her his. Plan of Action: Crash Seattle’s biggest billionaire bachelorette auction and make sure he comes out the highest bidder. If he wins a date with Cassie, she’ll have to talk to him.

Three years. It’s been three years since Cassie said goodbye to Tyler, and she’s been trying to pick up the pieces ever since. Just as she’s starting to feel ready to move on, he walks in, all cocky smiles and blue-collar charm. She’s determined to keep her focus where it should be: on her thriving jewelry business. But as he lays siege to her heart, she wonders just how long her defenses will last…

As she stepped up to the lane again, he should’ve tossed another cocky taunt at her, some barely disguised innuendo, but he could only watch. Despite her protests regarding bowling, they were having a good time. His head had been quiet so far. Not once in the last hour and a half had he thought of that fucking cell in Iraq. The crowd around him, the deafening noise, hadn’t triggered anything ugly, because he was lost in her, in keeping her smiling and laughing.

By the fourth game two hours later, they both played so lousy he laughed every time he stepped up to the lane. Cassie, though, was ahead by five points. This game would decide who won his little bet.

As it turned out, his ball curved off into gutter. Leaving all ten damn pins still standing.

Cassie let out a victorious squeal behind him, meeting him at the ball return with a grin plastered across her face and her chest puffed out with pride. She stepped into his personal space and poked him in the chest. “You. Are. Mine. I won, fair and square, soldier boy.”

He leaned down and touched his nose to hers. She might have won, but he could still pull a few punches of his own. “I’ve always been yours. Believe me, princess, I’m going to enjoy letting you have your way with me.”

That got her. Cassie froze, heat flaring in her eyes. A heady shiver moved through her as she stared up at him. “So, what now?”

“Well, that depends on you, but”—he leaned his head beside her ear and lowered his voice—“I’m dying to peel you out of those jeans.”

Her breathing hitched. When he met her gaze again, she stared at him for one tension-filled moment, grabbed his hand, and marched off, tugging him behind her. He followed in silence out of the bowling alley and into the quiet of the night. She didn’t say a word or even turn to look at him as she led him to where his brother’s car was parked at the back of the lot. Once there, she pressed him against the driver’s door. Hands braced on his chest, she lifted onto her toes and captured his mouth, all fire and determination. She pushed her tongue inside, her kiss hot and desperate, and he was pretty sure they were both shaking.

As suddenly as she’d kissed him, she released him, pausing a moment to catch his gaze. Hers was filled with the same need that had him tongue-tied. Then she moved around to the passenger side of the car.

His fingers shook as he dug his keys from his pocket and hit the fob. Once the doors unlocked, she climbed inside. When he got in after her, she reached over and threaded her fingers with his. “You should get this car moving, because in about two seconds, I’m going to climb into that seat with you. I need you. I…”

She shook her head, glancing over at him, vulnerability rising in her eyes.

She didn’t have to say the words. What she meant hung in the air, igniting a solar flare between them. She needed what he needed. Something soft and slow. A complete meshing of bodies. He had a feeling they really wouldn’t be sleeping tonight. Not out of physical need, but the soul-deep desire to be as close as possible. To make up for lost time. Three years apart was a lifetime, and the need in her eyes, mixing with the tears hovering at the edges of her lashes, told him she thought something similar.

He squeezed her fingers, then pushed the button to start the car and moved their combined hands to the gearshift. “Me, too, baby. Me too.”

at March 22, 2017
Email ThisBlogThis!Share to TwitterShare to FacebookShare to Pinterest