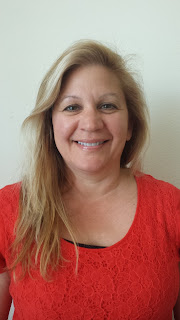 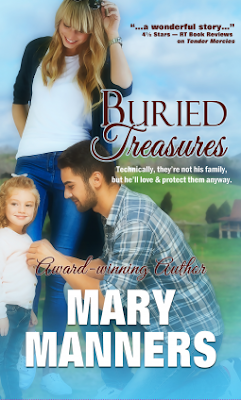 When Caroline flees Chicago following the brutal murder of her husband, the last thing she expects or wants is to fall for Matt Carlson, a builder with strong roots in the small town of Mountainview, Tennessee. She needs to focus on raising her six-year-old daughter and protecting both their hearts from ever being shattered again. Matt is struggling with issues of his own...guilt over the death of his wife and the responsibility of raising a cynical teenaged nephew who is dropped on his doorstep, abandoned by Matt's alcoholic sister. He doesn't have time to fall in love, yet he can't help being drawn to the woman who is ready to defend her home and her daughter with nothing more than a feisty attitude and a broom handle. Can Matt's help and friendship convince Caroline to trust again...and when Caroline's daughter goes missing, will Matt be able to find the girl before it's too late and he loses everything he loves...again? 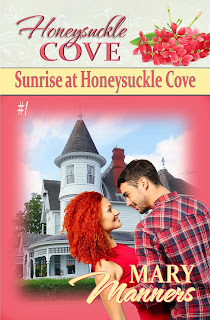 Honeysuckle Cove Inn has been in the Brennan family for three generations. When Maggie Brennan’s parents retire, they call her home to Honeysuckle Cove and hand over the reins of the historical inn. If Maggie successfully maintains the business over the course of a year, the inn is hers forever. Maggie considers the timing perfect, with one exception—she finds her path entangled once again with that of Dylan O’Connor.
Dylan has made a name for himself as the go-to guy when it comes to renovations and repairs in Honeysuckle Cove, and he’s waited nearly a decade for high school sweetheart Maggie Brennan to return home. But his handyman skills will be put to the test when it comes to rebuilding the bridge between Maggie’s heart and his, and designing a future…together. 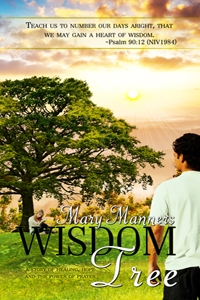 Sometimes the last thing we think we need is exactly what God has planned...

After the death of his parents, Jake Samuels has enough on his plate—including a fledgling church to lead and a mischievous younger brother to raise. The last thing he needs is a rambunctious woman to contend with.

Carin O'Malley is dealing with the death of her brother and a new job as an English teacher at East Ridge Middle School where Corey Samuels reigns as King of Chaos. The last thing she needs is to fall in love with a man...especially a handsome and complicated preacher like Corey’s brother Jake.

But when Corey's antics toss Carin and Jake together, the two must draw from God’s wisdom to find refuge in His perfect plan for them.

She’d tried to kill him.
Jake swallowed an oath and cut the motor on the mower he wrestled through overgrown September grass. His heart thundered like a runaway semi as his gaze locked on the woman’s startling green eyes, framed by a wisp of sun-kissed blonde hair. She was shorter than he was—quite a bit shorter—and willowy as a ribbon in the wind, but the strappy sandals hugging her feet added a bit of height.
“Have you lost your mind?” The words tumbled out before Jake could get a hold on them. “I might have run over you, hacked off a few of your toes.” He quickly regretted his harsh tone when her smile wilted. Her gaze lowered to her feet, and she wiggled her pink-polished toes.
“But you didn’t, and I’m still in one piece. So…” She had a slight Southern accent, a soft lilting voice that he imagined could flash to a bite in an instant.
Jake drew a long, calming breath laced with the sweet scent of freshly mown grass as he swiped a forearm across his brow. Sweat trickled down his back, making his T-shirt cling to damp skin. “Don’t you know you’re not supposed to sneak up on people when they’re working with dangerous equipment?”
“Of course.” Her gaze narrowed as she crossed her arms and lifted her chin. He imagined her lack of height was no deterrent to getting her way, and her tone might have scalded the first few layers of skin from him. “But I didn’t sneak up on you.”
“Could have fooled me.” He huffed out a breath and wished he wasn’t feeling so short-tempered. It gave the wrong impression, especially here at church, and with someone new. He tugged the collar of his T-shirt and hoped for a cool breeze, trying not to think about how he was in a hurry to pick up Corey, and that he didn’t have time for chit-chat. But he’d make time…he always did. It was part of his job. “I sure didn’t hear you coming.”
“I called to you, but you’re mowing.” She enunciated the word as if she thought he might be a few cards short of a Pinochle deck. “That’s most likely why you didn’t hear me.”
“Yeah, that’s just my point.” Jake’s restraint was sorely tested by the smug gleam in her eye. His gaze grazed her crisp linen jacket over a flowered sundress that caressed a lithe figure. She looked graceful and cool under the blistering glare of the sun.