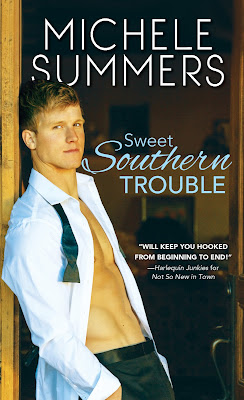 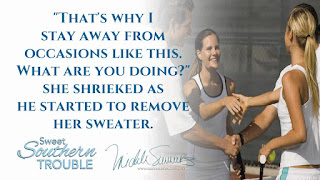 What happens when a sassy kindergarten teacher stands up to the hottest bachelor to hit the Raleigh area in forever?
NFL head coach Nick Frasier needs to coach his young team to a championship and needs to downplay his playboy image. What he doesn't need his a fairy girl with a smart mouth and a propensity for fighting dogging his every move. And he really doesn't need to be the juiciest piece of meat up on the auction block.
Marabelle Fairchild has her work cut out for her in order to earn a permanent teaching position. Her future success depends on convincing the hunkalicious Nick Frasier to participate in the bachelor auction. Easy-peasy, right? Wrong.
How do two head-strong, independent people learn to live and love without killing each other in the process? 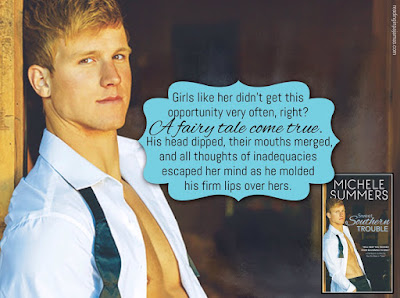 He slid into the booth next to Marabelle, draping his arm around her shoulder, wearing a badass grin. “I think a hello kiss is in order. I am your fiancé.”
Yeah, right. “We don’t need to pretend in front of Paula. She knows the whole sordid story,” Marabelle said, trying for cool when she felt anything but.
In the dimly lit bar, he stood out like a beacon in the night, casting a harsh light on the Birkenstock, tie-dye wearing, granola-eating, geeky crowd.
He dipped his head closer. “Good. Then Paula won’t mind if we practice.” Before she had time to object, his lips captured hers. His kisses were like warm, salty French fries. She couldn’t stop with just one. 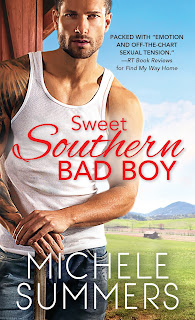 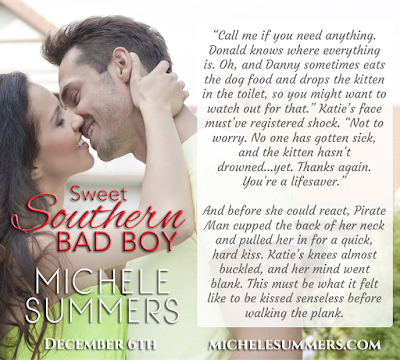 Katie McKnight loves her job. Not really. But Katie loves her dad and this job means everything to him. Which is why she's scouting for the perfect house to film a mini-series…and that house happens to be in Harmony, NC. Now if only Katie can convince the grouchy, disheveled but totally hunky owner his home is perfect for the next teen craze, she’ll be in business.
Bestselling author, Vance Kerner has lost his mind along with his loafers and the notes to his next novel, under dirty dishes in his kitchen. Since babysitting his brother’s three kids, Vance hasn’t found a moment's peace. So when California Katie knocks on his door, Vance doesn’t stop to ask questions. He simply yanks her inside and puts her in charge.
Katie agrees to babysit if Vance allows her film crew access to his property. Vance agrees to keep an open mind as long as he gets the peace he needs to write.
But having Katie underfoot is anything but peaceful. And Vance is finding less and less time to write and more and more time to watch Katie weave a lovely spell on all the Kerners...especially him.
Can these two opposites find a common ground and the love they both deserve?

Michele Summers writes smart romances with spunky heroines, hunky heroes and wacky characters, with sigh-worthy emotion and a satisfying happily ever after. She never tires of creating fictional towns with lovable but flawed characters. When not writing, Michele loves her career as an interior designer and works with clients in NC and Miami where she lived for over 20 years. These days she stays busy herding her college freshman and high school sophomore and spends a lot of time watching them compete in tennis.
Presently she resides in NC where she grew up with her family, but still misses sunny South Florida, swaying palm trees and wearing open-toed shoes…everyday!
at June 21, 2017
Email ThisBlogThis!Share to TwitterShare to FacebookShare to Pinterest