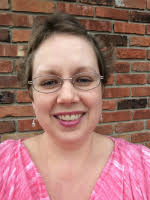 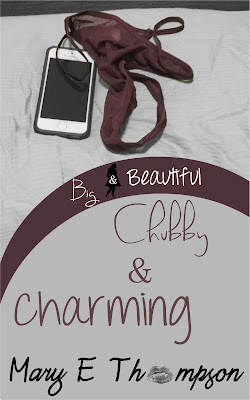 A charming man could be the icing on one chubby woman’s cupcake.
Mandy likes her life. She’s happy. She has great friends, a good job, a happy life. She has it all, even if it comes with a few extra pounds. But Mandy doesn’t mind. She knows who she is and she likes cupcakes too much to worry about the weight.
But a stroke of luck and a phone call to her customer service job brings Xander Carlson into her life. He’s everything she’s not. Attractive, built, and sexy as all hell. And for some reason, he wants to meet Mandy.
In person.
In real life.
Mandy isn’t sure what to make of Xander’s insistence that he wants her, but she drops her guard and lets him in. Juggling her new relationship, a possible promotion, and the coworker from hell, Mandy knows it can’t all end up happily ever after.
Especially if Xander ends up being the man she feared he was - someone who judges her by her weight.

Halfway through the movie, the pizza arrived. Xander paid for all of it, waving off offers to give him money. “If you’re trying to buy our approval with pizza, it just might work,” Addi teased him.
He laughed and said, “I was hoping to gain your approval with my charm and wit but as long as I have your approval I guess it doesn’t really matter how I got it.”
Everyone laughed as we filled our plates with pizza and headed back to the living room. Xander snagged my arm before we left the kitchen and pulled me into a rough kiss, his tongue forcing into my mouth. He probed me, gripping my ass and grinding his hips into mine while I stood there, pizza and wine in my hands.
He pulled back from me as quickly as he’d grabbed me and said, “I’ve been dying to kiss you. It’s hard to keep my hands to myself when you’re this close. Just a whiff of your scent is intoxicating.”
Stunned and turned on beyond belief I stood there staring at him, “You can’t just kiss me like that and walk off. Shit, I didn’t even get a chance to touch you.”
He picked up his pizza and bottle of beer and winked at me as he left the kitchen to finish watching the movie with my friends. I stared after him, willing the throbbing between my thighs to stop, but I knew only one thing could make that happen. And it seemed I was out of luck there.

Because of my mistake putting the promo on a day early Mary was nice enough to give us another excerpt to read. So, here you go...
I laughed along with them, flipping pancakes and eating a hot one every once in a while. Claire made me a hot chocolate while the rest of them enjoyed coffee. After breakfast, we piled on my couch and flipped channels before deciding to watch Bridesmaids.
My phone beeped with a new message shortly after the movie started. I picked it up half-heartedly, not expecting more than an alert about coupons ready to expire or something like that.
Xander’s name was on my screen and I opened the message. Claire paused the movie, “What’s going on?”
“Nothing, just a text from Xander. Oh, he’s so sweet,” I said, handing my phone over. He’d taken a picture of himself with an empty pillow next to him and said, ‘Your pillow and I are lonely without you.’
The phone beeped again when it reached Addi on the other end of the couch and she squealed and dropped my phone. “What happened?”
“I didn’t need to read that!” she called. “Oh shit, I can’t unread it.”
“What did it say?” Sam asked laughing. She picked up my phone and read the text, laughing. She passed the phone to Claire who responded similarly to Addi and tossed the phone to me.
I read, ‘My cock misses you, too. I’m ready for round two when you are.’
I blushed and sent him a quick text back for us to get together the next day. He responded instantly that he wanted to see my place. I sent him my address and agreed he’d come over for dinner after work the next day.
I tucked my phone away and settled back into the movie, feeling good about the not so awkward morning after. 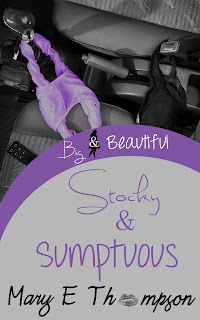 Stocky and sumptuous don’t mix… except in his eyes.
Vicki Prescott knows exactly what she doesn’t want. A man. Especially one who works too many hours. She’s had one too many relationships end because she wasn’t more important than a job. She was done.
Of course, being her friend’s maid of honor means she’s constantly faced with everything she doesn’t have.
No, doesn’t want.
If it weren’t for that pesky desire to be a mom, she was certain she wouldn’t need men at all.
Hunter Campbell does not take no for an answer. He is in full hustle mode and doesn’t have time for a no. He’s so close to his dreams he can practically taste it. All the late nights, screwed up relationships, and begging for friends to take him in was finally going to be worth it. As long as he kept his eye on the prize.
And not on the sexy red head with an hourglass figure and green eyes that see right through him.
Vicki doesn’t want Hunter. Sure, he’s gorgeous, but he has workaholic written all over his three-piece suit and perfect features. He’s good for some private fun, solo, but he’ll never be given access to all of her.
No matter how much her fantasies wish he’d show up and mess up more than just her desk.

I looked up with a grin and had to clench my jaw to keep it from hitting the desk. It had to be the hormones. I’d been so focused on finding a guy and getting pregnant that I was losing it. Yes, the man walking next to Drew was gorgeous with his light brown hair, a little on the long side, dark blue eyes that scanned my figure when I stood, and a three-piece suit showcasing broad shoulders and a wide chest tapering to a lean waist.
He was definitely the sexiest man I’d ever seen. But he was not my type, in the slightest. I’d been through more than a few workaholics, which was why I gave up men in the first place. The desire to have a kid outweighed the desire to protect myself, but I wasn’t completely insane.
Workaholics were off the table.
I extended my hand, struggling for composure. “Nice to meet you.”
“You, too. I’m Hunter Campbell. Drew here is going to be remodeling my new space for me.”
I smiled. “You definitely came to the best.”
His blue eyes darkened and scanned my body again. “I definitely did.”
The flirtatious tone sent a shiver down my spine. One that settled between my thighs and threatened the strength of my knees.
“I’m sure Drew will make your space perfect.”
“Will you be working with him?”
I shook my head. “No, I don’t get involved with many of the projects. I will send out updates and keep you informed of any changes or concerns, but you’ll be dealing primarily with Drew.”
“Well, that’s a shame,” Hunter said with a wink.
Jeez, he was relentless.
“Um, well, anyway, it was nice to meet you, Mr. Campbell.”
I extended my hand again and he wrapped it up in both of his, those damn eyes lit with a mixture of amusement and desire. Neither of which I needed, especially with my boss watching us.
“The pleasure truly was mine, Vicki. And please, call me Hunter.”
I nodded and watched as Hunter shook Drew’s hand than left. I sunk into my seat and sighed. Then realized Drew was still standing there.
“So that’s the kind of guy you like?”
I shook my head. “No. Definitely not.”
Drew raised an eyebrow in silent challenge.
“Seriously,” I assured him with a laugh. “I’m not into men like him. He’s attractive, but he’s not my type. You don’t have to worry.”
Drew snagged his sandwich off my desk and grinned. “Uh huh. I’d believe that if you weren’t making doe eyes at him.”
“I was not making doe eyes at him.”
“Yeah, okay, Vicki.”
He whistled as he walked out the door, leaving me alone to argue that I did not, under any circumstances, like Hunter Campbell.

Mary E. Thompson grew up loving to read, like a good little girl. Many nights she would fall asleep with the flashlight still turned on as she hid under the covers trying to finish the last few pages of a book. As an adult, the light from her e-reader means she doesn't need a flashlight, but she still stays up way too late to finish a book.
When Mary's not reading, she's playing with her two kids or living out her own real-life romance novel with her hubby. She has a weakness for chocolate, especially when it's paired with peanut butter, and has been known to have a bad day just because there's no chocolate in the house. Unless there’s wine. Then everything is okay.
Mary grew up in Buffalo, New York and swears she's the only local to never ski or snowboard. Soccer was always her sport, with a couple adventures white water rafting and skydiving to keep things interesting. Mary moved to South Carolina for college but missed Buffalo every day. Yeah, she thinks she's crazy, too. She somehow convinced her South Carolina born and bred hubby to return to Buffalo to raise their kids and live out their lives. He’s still not sure what he was thinking. 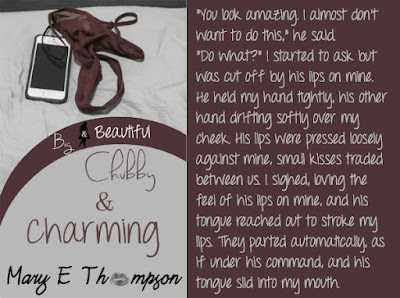 at August 03, 2017
Email ThisBlogThis!Share to TwitterShare to FacebookShare to Pinterest