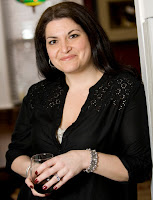 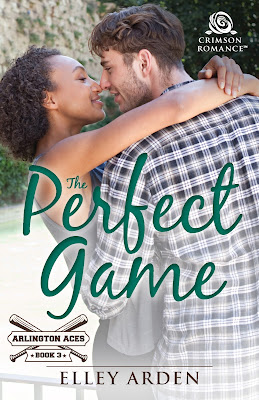 Fans of TV’s Pitch will love this wrap-up to the charming world of the Arlington Aces baseball team.

Arlington Aces’ backup catcher Ian Pratt lives every day to the fullest, focusing on having fun with the three Bs: babes, booze, and baseball. Life’s too short not to go out with a smile on his face.

For Pauly Byrne, being the only female starting pitcher in professional baseball means she’s determined, deliberate, and always staying one step ahead of the naysayers. Facing a difficult choice, she must decide whether to hang up her cleats to become the first woman to coach an NCAA baseball team or hold on to the unlikely dream of becoming the first to play in the Major League. Either way, she needs to win this season’s championship.

When Pauly’s usual catcher fails a drug test going into playoffs, Ian is thrust into the starting role, where their differences—and an unlikely attraction—threaten to derail their season. Their futures are on the line, but can these two total opposites find enough common ground to win the big game and a shot at happily ever after? 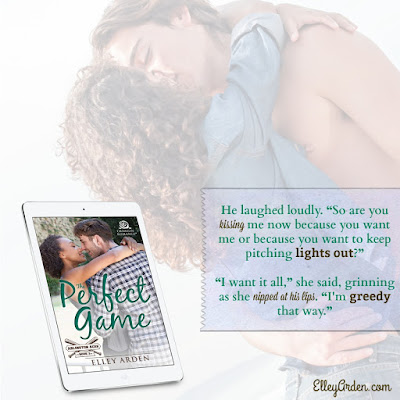 “Tuck’s been scratched.”
Aces Pitcher Pauly Byrne shut her locker with a decisive clang and turned to her coach, eyebrows raised. “What do you mean?”
“There’s been a catching change.”
That wasn’t what she wanted to hear thirty minutes before she took the mound in the last game to clinch the playoffs.
“Is he hurt?”
Coach Slater shook his head grimly, but all he said was, “He’s out for tonight.” He paused a beat, watching her evenly. “Pratt gets the start.”
“What? Skip, you know Pratt and I don’t—”
“You think I don’t know that?” The sweat on the middle-aged man’s brow glistened in the fluorescent lights. “With Tuck out and Sheldon hurt, I got no other option.”
“But, Skip, c’mon. There are scouts in the stands, and Pratt’s unreliable. Just last week, he showed up late, smelling like a brewery, and you said—”
“I know what I said.” He held up a hand to stop her. “Doesn’t matter. He’s all we got. Make it work, or we ain’t gonna make the playoffs”—his expression turned wry—“which means I’ll be out of a job and you’ll be back in Baltimore shucking crabs by this time next week.”
She’d never shucked a crab in her life, and she wasn’t interested in starting now. If the only thing standing between Pauly and a shot at an Independence League championship was throwing six innings to douchebro Ian Pratt, she could handle that. The question was, could he?
Pauly left the private dressing room the equipment manager had converted from an oversized broom closet three seasons ago, when she’d joined the Arlington Aces. Being the only woman in the Independence League had its perks. She gathered her thoughts, put on her game face, and headed for the clubhouse down the hall.
She stalked straight over to Pratt, ignoring the snorts of protest from some of the bare-assed rookies still getting changed. They didn’t have anything she hadn’t seen before.
“Pratt, a word.”
Her teammates turned. A few made goofy noises, suggesting Pratt was in trouble.
He glanced at her over the eagle tattoo on his left shoulder, with only a towel slung indecently low on his narrow hips. “Do I need to be dressed for this?”
“Doesn’t faze me either way.”
He shrugged, took his time pulling on his compression shorts, and finally dropped the towel and moved toward her like a burly, surly-faced snail.
“Let me guess. You talked to Coach.”
“Yep.” She dropped her fists to her hips. “You up for this?”
“I’m up for anything.” He grinned his cocky, self-proclaimed “chick-magnet” grin that only made Pauly clench her jaw. Then he stared her down stone cold. “The question is, are you?”
She narrowed her eyes. This wasn’t some kegger at the community college or a bonfire bender on the outskirts of Arlington. This was the last regular-season game. The last chance to clinch a playoff spot. The annual “Dads Day at the Ballpark,” which meant her father had made the trip all the way from Baltimore. And, there were scouts in the stands. “So help me God, Pratt, if you fuck this up, I’m going to—”
“I’m not going to fuck anything up.” His bright blue eyes turned icy. “How ’bout you just worry about putting the goddamn ball over the goddamn plate?”
She sucked in a breath and puffed out her chest. “Like last week, when I struck out seventeen batters and didn’t allow a single run? Oh, and I was named the Independence League Pitcher of the Week. Like that?”
Pratt lifted his chin and flared his nostrils.
Idiot.
“Hey, hey, hey, hey, hey.” Team Captain and first baseman Sam Sutter’s voice broke through, reminding her they had an audience. Twenty-two teammates glared and gaped at them. “Pratt, quit jerking her chain. Byrne, give him a chance.”
Pauly exhaled then smiled sweetly, her teeth grinding together so much it nearly hurt. “Just making sure we’re on the same page.”
Ian snorted, rolled his eyes, and lumbered back to his locker.
At this point, Pauly would settle for them being on the same chapter.

Elley Arden writes strong athlete heroines, who know how to sweep a man off his feet, for Crimson Romance.  She is the author of the groundbreaking and critically acclaimed Cleveland Clash series, which follows along with the on- and off-field accomplishments of a women’s professional football team. She previously worked for The Walt Disney Company and spent over a decade as a non-fiction writer and editor. Elley loves everything about this crazy life, and she believes there’s beauty to be found in every situation. All we have to do is look for it.