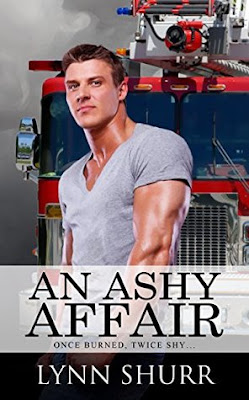 When firefighter Ashton Blaise rescues a kitten from a burning house, he expects the usual gratitude of the homeowner. Leah Allain, recently appointed director of the Safe Haven Animal Shelter, denies the cat is hers and cajoles him into keeping it. She refuses his offer to find her a place to stay, saying she will live in her barn, a former artists’ studio.  That evening, he shows up with a meal he has made himself to help her out.  Ashton is brave, handsome, kind, and can cook!  Leah rebuffs him again.  Accustomed to women throwing themselves at him, Ash is intrigued—and worried because Leah’s house was intentionally set on fire.
Not totally immune to Ashton’s charms, Leah has resolved not to get involved with another guy out of her league, like the married man who took advantage of her not too long ago. Once burned, twice shy.  Having made some unpopular decisions at the shelter, Leah is aware that she might have attracted an arsonist trying to be rid of her.  Responsible for her senile grandmother, she cannot pull up roots and run away again as she did from her married lover. Still, Ash keeps finding excuses to be a part of her life despite his demanding job and a grandfather who needs his care.  Can he start a fire in Leah’s heart and keep it blazing?

“Don’t look at me!
Remember, a dog, four pups, and now Bandit. My mom
will kill me if I bring any more home. Besides, I still
owe you for Jolie’s BOGO and tonight’s tickets. I hope
you take credit cards.” He’d tried to make light of the
situation, but watched Leah’s face. Obviously, she was
having an “Aha!” moment.
Her green eyes went wide and almost glowed as if
she’d discovered radium or some other deadly
substance. “I knew it! You aren’t perfect. You live with
your mother. Ashton Blaise is a mama’s boy. That’s
why I couldn’t find your number in the phone book to
cancel the kayak trip.”
The bow tie that went with the tux suddenly
seemed too tight around his neck. “Come on, this is the
South. Lots of guys still live at home if they aren’t
married. If you need the number, it’s under Hank
Blaise. My mother didn’t change it after my dad’s
death. But, I have my own cell. Here, I’ll write the
number down for you.” Ash seized a pen attached to
one of the clipboards, but not a single sheet of plain
paper in sight and all the napkins were linen.
“I can write it on your palm!”
“Why not on my breast, oh most desired of all the
firemen in Chapelle?” Leah smirked.
“That would work for me, but the competition isn’t
that tough. Most of the men are married. Look, I have
extenuating circumstances. If you’d just give me a
chance to…” 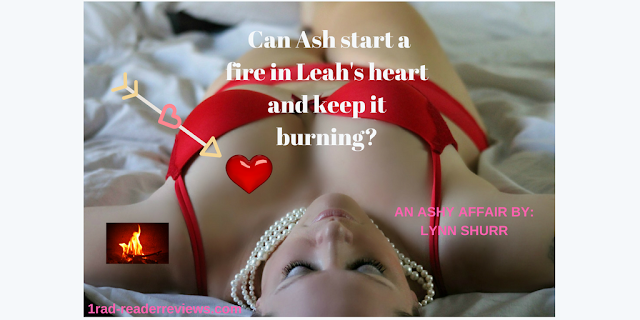 Never a Sinner which will be out August 30th.  It's the fourth in the Sinner's Legacy Series. 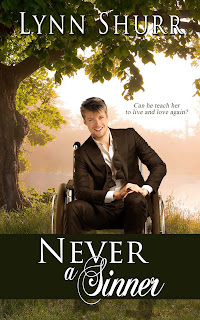 A pregnant young woman shows up at the Billodeaux ranch looking for Teddy, the handicapped adopted son of the family. Turns out Ella Sue Smalls is his half-sister looking for a handout and a place to stay until her baby is born. Good-hearted Teddy offers her shelter at his very modest apartment. Though he will never be a member of the Sinners football team like his brothers, he is fiercely independent and earns his own way as a freelance sports announcer and writer.
Ella has arrived at an awkward time for her brother. Teddy has just reconnected with his high school crush, Jessica Minvielle, newly crippled after a tragic accident. Jessie is hopeless and bitter about being confined to a wheelchair. She needs his help to learn to live a full life again. Teddy is only too glad to show her what a man and a woman in wheelchairs can do. But, will the scheming Ella Sue come between them and ruin their chance at love?

He almost missed her,
the girl laid out on the exercise table closest to the door.
A female trainer massaged and worked her patient’s
legs, but Teddy only noticed the beauty of the face
surrounded by a halo of light brown hair, long and sun
streaked, surrounding a complexion too pale to have
gone outside to attain those highlights. That perfect
oval contained closed eyes perfectly made up with
subtle liner and shadow beneath deftly shaped brows.
Her nose was pert, her lips full, but not too heavy,
candy pink outlined in a darker color. Not a single
blemish marred its surface. Her hands lay crossed under
her chest. Their nails, lacquered pale pink, had white
tips. A French manicure his sisters called it. Gold and
black running shorts showed off her still shapely legs,
and the U-necked matching top revealed some cleavage
between two full breasts. An old man rehabbing his
knee on the next table ogled her, and other guys in the
gym definitely noticed, but weren’t as blatant about it.
Maybe that’s why she kept her eyes closed.
“Jessica,” Teddy murmured.
She must have heard him because her eyes opened.
They were green-gray hazel flecked with gold, large
and luminous. Her lovely lips opened. “What are you
staring at, jerk?”
Teddy had been stared at plenty in his life. In fact,
he headed home to shower because he hated the jock
atmosphere of the men’s locker room. He did know
how it felt to be gawked at, but he wasn’t gawking. He
worked his crutches to her side.

Nell peered at the small video screen of their
upgraded security system. A pale face with a small,
lightly freckled nose pushed up against it. Large blue
eyes and a fringe of corn silk blonde hair filled the
view. She couldn’t see the mouth, but it spoke loudly
into the box.
“Ella Sue Smalls to see Teddy Wilkes Billodeaux.”
Nell hadn’t heard a twang like that in Cajun country
since Teddy came to live at the ranch, and his accent
had faded considerably over the years.
“I’m sorry. Teddy isn’t home, and I am on my way
out. Could I take a message?”
“Figures. I spent my last dime on a taxi to get out
here. It’s hotter ’n the devil’s arse at eight in the
mornin’, and I’m about to die of thirst. Got no way to
get back into town, neither.”
Nell had heard it all over the years and did not
relent. “Teddy no longer lives here. Now, I have an
appointment to keep.”
The girl stepped away from the camera and put her
hands on her slim hips, which made the bulge of her
pregnant belly straining the seams of a thin cotton dress
all the more outstanding. “Well, I gotta talk to him.
Think I’m gonna faint.” Ella Sue swayed and gripped a
wrought iron upright of the gate keeping her out of
Lorena Ranch.
Teddy? Her adopted son crippled by spina bifida?
He’d be the last of her boys Nell would suspect of
putting a girl in the family way. Not that he wasn’t
capable of having sex or siring children. They’d done
the tests years ago to reassure him. He carried no
genetic flaw to pass along either. She guessed Joe had
taken care of seeing that Teddy lost his virginity. Her
husband had contacts from his old days as a playboy,
but she’d never asked. Now if it had been Mack, tearing
through women in Dallas according to the tabloids, she
wouldn’t be surprised—but sweet, gentle, courageous
Teddy?
“Ma’am, I ain’t had no breakfast neither, and I’m
feeling wobbly.” Her knees buckling, Ella Sue slid
down the gate and landed on the ground, sending up a
small puff of dust. 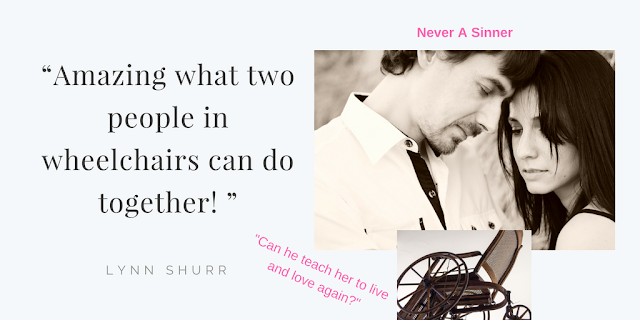 at October 05, 2017
Email ThisBlogThis!Share to TwitterShare to FacebookShare to Pinterest