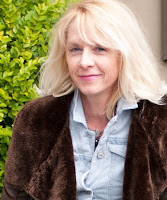 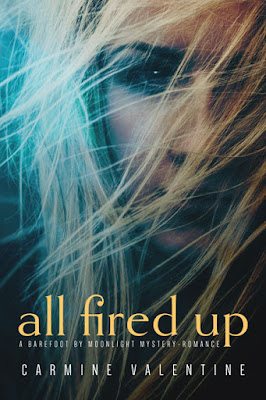 When Marianne Dunaway returns to her hometown on Orcas Island and buys an old mansion, little does she realize that she’s triggered old resentment against the Dunaway name and stirred awake island folklore of stolen jewels. An intruder in the dead of night, and a threatening note at her gate, accusing her of having traitor in her blood, make it clear that someone isn’t joking around. With an ailing grandfather, and a sister who is hiding something from her, she’s getting nowhere in finding answers close to home. Until the handsome stranger she’d met earlier shows up at her door.

Jack Sanders is trained in hunting bad guys, and he has an offer. He’ll track down the person behind the threats in exchange for room and board. But when she discovers that Jack has a connection to her grandfather’s past, and that the stolen jewels do exist, she begins to question his true purpose for being on the island. Something she should have done before she kissed the man staying under her roof. Sometimes a woman just needs to deal with the consequences another day when the threat that could take it all away is closing in.

Her heart skipped a beat. It never occurred to her that he might be criminally dangerous, more so than a pirate. She only thought that she had sexy dangerous to be concerned about.
“Is it illegal work?” she said. “If it is, don’t tell me. I don’t want to know.” She made to retreat.
He held his sandwich poised for a bite. “I work for the United States Government.”
She was intrigued. “Are you a spy?”
“No.”
Jack had made himself at home. A duffel bag sat on a plastic tarp on the floor as well as a sleeping bag with the price tag still attached. Behind him, the motorcycle was parked half in shadows and looking like a stabled beast, the light from the lantern reflecting off its chrome, and single headlight.
She felt bad with her intended purpose here. Even with only the lantern light, she could tell that Jack’s jeans were still wet from the deluge earlier. She shivered in the cold wind that came in through the French doors. She could only imagine that the damp and cold were not helping his knee, which she’d noticed he continued to favor.
“You’re going to really believe that you’re jinxed when it comes to finding a place to stay on this island,” she began, “because I have to inform you that you’re trespassing.”

Snowed in with the right one changes everything...
Where to hang her single stocking was all that Claire wanted to think about as she made her getaway to a cabin for Christmas in hopes of avoiding her boyfriend’s proposal. It’s hard to say yes to one man when you’ve fallen for another. But her holiday escape plan goes from perfect to complicated when the other man she’s avoiding, her handsome neighbor RJ, shows up in the middle of a snow storm after his attempt to rescue his stolen puppy fails. There’s potential for trouble at this cozy cabin with faux bearskin rug and hot toddies aplenty. As if a Christmas Eve in the Cascade Mountains couldn’t get any more dangerous, there’s a Bad Santa afoot and he has something that RJ is determined to get back.

“Sorry to crash your holiday rebellion,” he said. “The sheriff’s department was ordering everyone off the road until the morning when conditions improve. I drove through Cle Elum, first, but there were no vacancies.”
“You don’t have to apologize. This is your cabin.” She glanced toward the dark windows where snow continued to fall. “I hope they catch this Bad Santa.”
“Me, too.” He held up his mug for a toast. “Merry Christmas Eve.”
She tapped her mug against his. “Merry Christmas Eve and here’s to finding your dog Rosco, safe and sound.”
His face held a touch of worry as he tried to smile in return. “First thing in the morning, I’ll dig my truck out and go try to find a sheriff deputy. Hopefully they’ll have good news.”
“I’ll go with you,” she offered, although she couldn’t help but wonder what the chances were, that there’d be good news.
The fire crackled cheerily and warmed the room. Although he looked to be concerned for his dog, RJ looked like a man perfectly content to be nowhere else but here.
She wasn’t so comfortable. She’d yet to break up with Brian and, although unplanned and for innocent reasons, here she was in a romantic and secluded cabin with a handsome man that she was attracted to, and one who wasn’t available, either. In her case, a highly dangerous situation.
With her heart beating a rhythm faster than the clock over the mantle, she drained the last of the heavily imbrued, warm drink, and curled back into the cushioned arm of the sofa. RJ hadn’t been stingy on the amount of alcohol he’d added to the coffee nudge, and she was beginning to relax.
Winter brewed its snowy magic outside. Something else was at work in this secluded cabin, at least for her. Was it not but an hour ago that she thought the faux bearskin rug just wouldn’t be fun for one? Now look who was here.

Carmine Valentine is an award-winning author. She lives in the Seattle area. She is the author of the Barefoot by Moonlight Mystery-Romance series set in the Pacific Northwest. She also writes paranormal and will be releasing a paranormal suspense, in the not-so-distant future. Writing fiction began decades ago, but her first publication didn't happen until 2014 when a friend sent her a text late one night with a tip that a publisher was looking for a short story to include in a romance anthology. She stayed up until 4am polishing up a short romantic suspense and sent it in and was thrilled to be accepted.
​The author lives in Western Washington and has two grown sons and a cat named Sprocket. She comes from a large family, considers her siblings as some of her best friends, loves hanging out in the kitchen with family and friends, and believes that the best therapy is laughter and conversation while enjoying food and drink. She holds a Bachelor's Degree from Arizona State University with a major in English, completing her degree after the longest gap year in history, giving the saying "it's never too late to go back to school" real meaning. She balances a day job with her writing schedule and making sure that she doesn’t miss out on too many wonderfully distracting adventures of life. 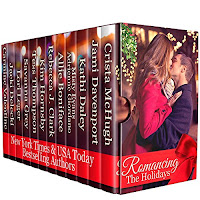 The season of Mistletoe and Christmas Cookies is almost upon us and we are proud to bring you 12 Holiday Romances! Snuggle up by the fire and enjoy this season like never before. From Sweet to Sizzling, From Maui to Washington DC, all our Romances have page turning love stories, plus recipes for Christmas cookies, roasted turkey, appetizers, and more, all from the kitchens of these authors.

Buy links for all books can be found on my website:

at November 29, 2017
Email ThisBlogThis!Share to TwitterShare to FacebookShare to Pinterest