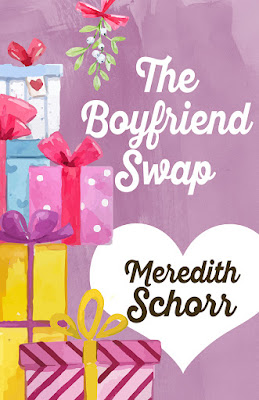 If you love Christmas movies, as in you check the Hallmark Channel guide starting in July, then hang on to your stockings, because here comes the merriest of indulgences in print. It’s “The Proposal” meets “The Holiday”.

First meet Robyn Lane. She’s always dated struggling creative types, including her current squeeze (Perry, an actor). For this year’s Chrismukkah celebration, her parents would love her to bring someone stable, reliable, steadily employed. You know, with health insurance and a 401(k).

Now let’s meet Sidney Bellows. Her parents already plan her professional life (she’s an attorney at her father’s law firm). If she brings her current boyfriend (Will, an attorney) to the family Christmas extravaganza, her parents will have their wedding planned by New Year’s Eve.

Leave it to a mutual friend (and copious amounts of wine) to find a playful solution: Swap those boyfriends, fool the parents, and enjoy the holidays. It’s perfect! Robyn can show off a successful attorney boyfriend, and Sidney’s high-society family won’t ring those wedding bells when they meet a flaky actor beau.

The fun isn’t in the theory, it’s in the practice.

Will turns out to be the boy-next-door Robyn crushed on hard throughout her teenage years. Sidney’s family fawns all over Perry like he’s an Oscar-winner rather than a D-list wannabe.

Fool the parents? Enjoy the holidays? Swapping boyfriends never sounded so good or went so bad. Take time to read this one. It’s like Christmas in July.

“Give the idea a minute to percolate,” Sidney said calmly. Her mouth remained in a straight line, indicating she wasn’t joking.
My stomach quivered with unease, but I took calming breaths to settle down. According to Anne Marie, Sidney was very opinionated and sometimes wouldn’t shut up until she got her way. I’d just let her keep at it until her throat hurt or she passed out from too much wine.
Sidney continued, “If left to our own devices, the holidays are going to blow chunks, but if we pool together, we’ll all be better off. And it’s only for a few days. It’s the perfect solution to our mutual problem.”
I stood from the table and removed a bottle of water from the refrigerator. I poured a glass and placed it in front of her. Hopefully, she’d take the hint. The wine was clearly going to her head.
“What do you say?” she asked the minute I sat back down.
The girl had to be on more than fermented grape juice. Hallucinogenics maybe? Whatever influence she was under, she clearly believed her ludicrous plan had merit and I was going to have to put my foot down. “I say that I’m a grown woman and shouldn’t need to lie to my parents about who I’m dating.”
Sidney nodded. “I agree. You shouldn’t.”
A breeze of relief zipped through my core. “Glad we’re on the same page.”
“You shouldn’t have to lie, but in our case, we sort of do. If we want to make it to the New Year without requiring a straitjacket, that is.” She smiled, a slick grin I was certain both assured her clients and put the fear of the devil in her adversaries in equal measure. 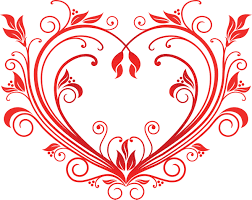 Is it still possible to find The One? That one sexy romance that makes your heart race faster than a venti latte? All while trying to age gracefully?


Maggie Piper isn’t thinking about any of that until the big 4-0 stares her down. Now Maggie can’t think of anything else. Naturally, she panics.


The fear of a slow metabolism, wrinkly skin, and a ticking biological clock leaves her torn between a desire to settle down and concern her existing relationship isn’t all that perfect.

She pulls a Ross and Rachel: A spontaneous request for a temporary break from her live-in boyfriend that quickly results in a breakup. So Maggie finds herself single once again. Only twelve months from Lordy, Lordy, look who’s forty.

As she re-enters the New York City dating jungle (and you know it’s a jungle), suitors present themselves quickly. But who’s The One? Speed-dating bachelors, a sexy co-worker, or the man she already set free?

How does she know? Her fun-loving friends and supportive family, including meddlesome no-filter Aunt Helen, eagerly share their often-unsolicited opinions, but Maggie is determined to find her own way, even if she falls on her face—repeatedly.

This heartwarming tale featuring the lovable Maggie Piper will make you a fan for life, no matter your age or metabolism.

“I think we should break up, Maggie.”


My body involuntarily jerks at his words, and I grip the table for support. “You mean permanently or a temporary break?”
“It’s been three years, Maggie. If you’re not sure I’m the one by now, chances are I’m not. I don’t want to waste more of your time.” He pauses. “Or mine. I’ll hunt for a new apartment.”
I swallow back my tears. This is not how I imagined the night would unfold. “Are you sure you want to do this?”
Doug gives a slight shake of his head. “I’m sure I don’t want to do this. But I’m also sure I have to. I’ll stay with Connor tonight and pack up some of my stuff while you’re at your mom’s tomorrow night.”
I try to imagine my family’s reaction to hearing Doug and I broke up, and that he moved out to live with his older brother. I can’t. I’m pretty certain my own reaction will be delayed since I currently feel like this is happening to someone else.
Doug continues speaking. “I’ll take care of the bill. You should get out of here.”
“I can’t let you pay for all of this.” I point at the uneaten food. “I ruined my birthday, and now you’re going to pay for it?”
Doug drops his credit card on the table. “Your birthday was Tuesday so, no, you didn’t ruin it. But you did break my heart.”
“Doug…”
Not meeting my gaze, he says, “Just go, Maggie.”
I stand up but linger. I don’t want it to end this way.
“Please, Maggie. Go.”

A born-and-bred New Yorker, Meredith Schorr discovered her passion for writing when she began to enjoy drafting work-related emails way more than she was probably supposed to. After trying her hand penning children’s stories and blogging her personal experiences, Meredith found her calling writing romantic comedy and humorous women’s fiction. She secures much inspiration from her day job as a hardworking trademark paralegal and her still-single (but looking) status. Meredith is a loyal New York Yankees fan, an avid runner, and an unashamed television addict. To learn more, visit her at www.meredithschorr.com.

at November 08, 2017
Email ThisBlogThis!Share to TwitterShare to FacebookShare to Pinterest