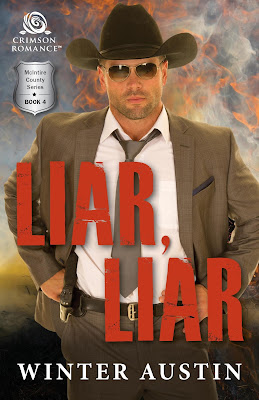 A cowboy sheriff and a by-the-book FBI agent team up to solve a string of murders and arson in this satisfying, slow-burning McIntire County series finale. 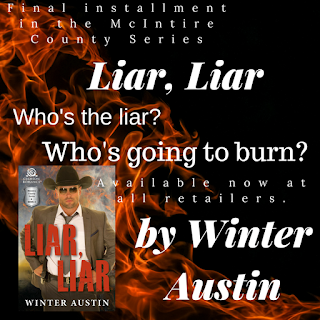 Returning to Eider, Iowa, wasn’t an FBI agent Liza Bartholomew’s game plan, but when word reaches her that an elusive scam artist she’s been tracking for years was spotted there, she heads south. Vengeance for his victims and her career are on the line, and she won’t rest until justice is served.

However, Eider’s sheriff makes for one big roadblock. Between the fallout over his recent close re-election, two gruesome homicides, a rash of arsons, and personal grief weighing on his soul, the last thing Shane Hamilton has time for is a determined FBI agent in his county.

But when it becomes evident that the crime wave and her case are intertwined, Shane makes a bold move that flies in the face of his longstanding vow: He gets close to Liza to share professional and personal secrets.

As the body count mounts, Liza and Shane find themselves and everyone they love in the immediate crosshairs. What will they sacrifice to stop the cold-blooded killer in time? 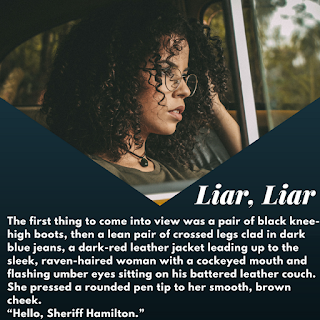 One stop shop for buy links:

Winter Austin perpetually answers the question “were you born in the winter?” with a flat “nope.” Living in the middle of Nowheresville, Iowa, with her husband, four teenagers, and two crazy dogs, Winter is trying to juggle a job while writing deadly romantic thrillers. 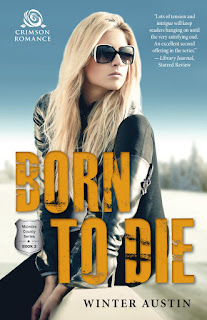 Trouble’s on the run in rural Eider, Iowa, and Deputy Cassy Rivers’s heart is in the line of fire. Two years ago, she barely escaped a harrowing experience at the hands of a maniac—and not without scars. Now a series of random robberies leads to the brutal death of a fellow officer, and she must put her trust in the one man who broke her heart.
FBI agent Boyce Hunt knows commitment isn’t for men with pasts like his. He left Cassy once to protect her from the blackmail and manipulation he faces from his mother’s criminal enterprise. But when they reluctantly partner up to capture the modern Bonnie and Clyde terrorizing McIntire County, their attraction flames to life once more, pulling Boyce between two loyalties.
Will they risk their hearts again, even if it means losing everything?

She had avoided any chance of entering the timbered areas of McIntire County, where the stuff of nightmares dwelt.

Tonight, nothing that mattered to her—not her family, her past, or her pride—was as important as doing her job. And damn it, Deputy Cassandra Rivers always did her job, even when it was obvious the orders might get her killed.

She and her squad-car partner, Deputy Deacon Nash, had been sent to this side of the county—the heavily wooded side—to patrol for the culprits who’d dared to rob a bank yesterday. With every mile she traveled through the darkened timbers, sweat seeped from her pores, saturating the first layer of clothing.

“10-4, dispatch. Rivers and Nash responding. Approximately nine minutes out, over.”

Thank God for small miracles. She yanked that car around, and as fast as the slick road conditions would allow, she sped back toward town.

Damn this crappy weather. No doubt the gas station attendant wasn’t in a situation to wait for whoever was less inconvenienced to arrive at the rescue.

A few miles from the edge of town, the glare of headlights seemed to come out of nowhere. It took her brain a few seconds to realize that the oncoming vehicle was veering back and forth between her lane and the other, and those lights were a lot closer than they first appeared.

“Shit!” She reacted without thinking, hitting the brakes and throwing the car into neutral, then braced for impact, hoping the cow kicker covering the grill did its job to protect them. “Hang on!”

The front wheels hit a slick patch, and suddenly the steering wheel jerked right and the car skidded off the road into the ditch. The nose dove into a snowbank, spraying the windshield with a powdery shower and bringing the vehicle to a rapid stop. Cassy jerked in her seat, the belt locking her tightly in its grip. Glaring at the whooshing wipers as they cleared the moisture from the glass, she unclenched her fingers from around the steering wheel.

“Fine, but pissed off.” Shifting the car into park, she left the engine going and removed her belt.

“Those assholes are going to be in for a surprise.” She hit the lights, and as she tried to push her door open, it stuck in the snow.

Nash grabbed the mic and radioed dispatch. “Dispatch, be advised, responding unit has been in an accident and is in need of assistance, over.”

Cassy twisted in her seat to brace her feet against the door and forced it open wide enough for her to squeeze out.

“Copy that,” she heard the dispatcher reply as she fumbled through the drift. Nash would give their location.

Flashlight in hand, she scanned the area, making sure not to peer into the stand of trees at her back. Oh, how nice. The asshole who’d ran them off the road hadn’t bothered to stop and was now a faint red glow in the distance. The mound they’d plowed into was mid-calf deep, and by the looks of the tires, the car was stuck good. They’d need a wrecker. Upon making another pass toward the road, the flashlight beam glinted off metal. Cassy paused, her heart hurtling into her throat as the light revealed the secret in the dark.

Red taillights reflected from a truck that had smashed into the fat trunk of a tree. The driver’s side door hung open at an awkward angle. Her brain blanked, ripping her back to those moments, those seconds of lucidness when she’d realized that open door meant her life or death.

A grunt of exertion hurtled her to the present. Cassy coughed as she realized she’d been holding her breath. There would be no going back to that night, or the day that followed. She was here, now, and that meant someone was hurt and needed her help. She looked over her shoulder at her partner. “Nash, we’ve got another accident.”

That truck … it looked familiar. She hurried, best as she could through the snow, to the crushed vehicle. Behind her, she heard her partner following. Panting by the time she reached the truck bed, Cassy placed a hand against the side and sucked in air. Finally able to breathe, she lifted her flashlight.

Dark, dripping stains marred the window and the door’s interior. The coppery scent of blood was strong—either the cold was keeping it fresh, or the accident had occurred in the last hour. On closer inspection, they found more blood on the steering wheel and seat, smeared down the side of the truck into the snow. 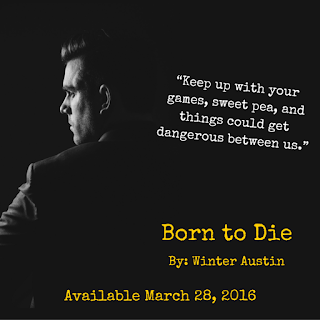 One stop shop for buy links:

at December 27, 2017
Email ThisBlogThis!Share to TwitterShare to FacebookShare to Pinterest