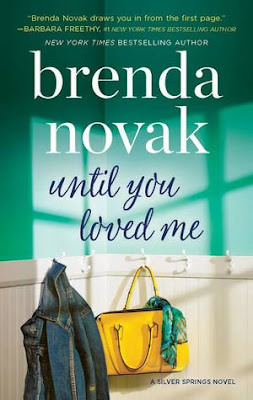 Sometimes starting over means finding everything you've been missing…
After catching her fiancé cheating—with another man—usually straitlaced, workaholic scientist Ellie Fisher liberates her wild side just long enough to indulge in a passionate one-night stand with a tall, dark stranger she meets at a trendy Miami bar. Embarrassed by her recklessness, she ducks out the following morning without learning the guy's full name, something that shouldn't have been a problem…until a pregnancy test turns positive.
Being a professional football player, Hudson King has always been cautious around women. But this one had been different—so disinterested in his celebrity, so convincingly into him. When Ellie tracks him down, claiming she's carrying his baby, he's stunned. And more than a little betrayed.
But after growing up as an orphan, he'll do anything to stay involved in his child's life, so he urges Ellie to move to Silver Springs, where they can co-parent. Hudson has a lot of love to give, certainly enough for his child, and when their initial spark reignites, perhaps for Ellie, too…

What an interesting twist to this fun story. Ellie Fisher is a soon to be a thirty-year-old scientist who was just dumped by her newly outed guy boyfriend and his boyfriend. That she to by the way work with both of them daily and they are making it out to be her fault that his relationship was so awful. That he had to play straight because of his parents and she made sex so unbearable.
My thing why did he even have to have sex with her anyway but that is just me. Because he could have kept up the fake engagement until he had to say, “I Do!” Giving him time to get his boyfriend moved down to the area, a job where he worked and outing himself with his family and friends.
Word in the lab is Don used her to save face with his family. Life was tough. She was not what you would call a party girl but her best friend since childhood, Amy was always the all-American girl. Popular, cheerleader, proms, everything. Ellie on the other was her polar opposite. Made her go out this night with her to Envy a nightclub. She really didn’t want to be there. She dressed sexy as she was instructed by Amy to do and they went.
As she watched Amy and her friend get their dance on with two guys they met she had decided shots were in order after three shots and a mixed drink she was finally feeling relaxed. When a waitress brought another mixed drink over from a guy in sunglasses and ball cap. Which seemed odd to her but she accepted the drink anyway. He seemed harmless enough. He appeared tall, broad-shouldered, and muscled.
When the second drink arrived, she turned it away. He was surprised no one had ever turned anything he had ever given them away. So, he had decided to leave his sheltered corner that the management had set up for him and go investigate. When he gave his first name she showed no signs of knowing him. Hudson King was big in LA but since he was in Miami well even still he was still big everyplace.
Especially, since he was in town to play a big game on Sunday even in Miami his first name got some recognition. But nothing. Are you into pop culture as a topic of conversation? To which she answered not really since being a scientist and always working or reading the up and coming findings for work she doesn’t keep up with pop culture.
After a while they left so they could go for a walk on the beach and talk two hours later they were headed to his hotel for the night, at the Four Seasons.
You see, Hudson King is the starting quarterback for the LA Devils. He is totally against love and marriage. Doesn’t sleep around because he has major trust issues.
This was a very good book of two people who have been hurt many times over varying degrees. Causing them to guard their hearts to the point where they stand in their own way. The way the author has their relationship develop is sweet and intense at times. I give this: 5 stars. Provided by netgalley.com.


Books are available wherever books are sold--in print and digital.

(https://www.facebook.com/BrendaNovakAuthor/). I even run an online book group of 12,000 on Facebook where, in the months I don't have a release, we feature other authors. We have a monthly meeting where the author visits the book club in a Facebook Live Event to answer questions and discuss the book. Everyone is invited to join: https://www.facebook.com/groups/brendanovaksbookgroup/.
at January 18, 2018
Email ThisBlogThis!Share to TwitterShare to FacebookShare to Pinterest