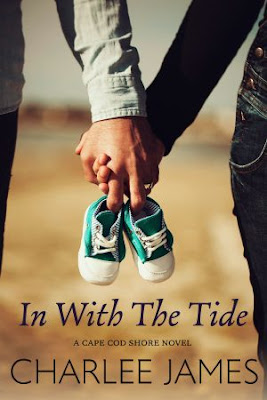 Lindsey Hunter never imagined she’d be returning to her Cape Cod home pregnant and divorced, but she’s determined to build a new life for her and her unborn baby. When car trouble leaves her stranded on the side of the road, ex-Marine Damien Trent rides to the rescue on his motorbike. Once upon a time, they’d been friends and briefly, they'd been something more...until he enlisted and left her behind. As Lindsey and Damien reconnect, the attraction is still as strong as ever. But Lindsey’s knows Damien's not the staying kind.

Damien would rather do anything than come home to deal with his father’s estate. After years of abuse, he was more than ready to leave town the moment he graduated. With Lindsey back in his life, everything is complicated. He’s used to being a lone wolf - until Lindsey and her newborn baby gives him a glimpse of the kind of family and future he’s always dreamed of. Can he be brave enough to reach out and grab it? 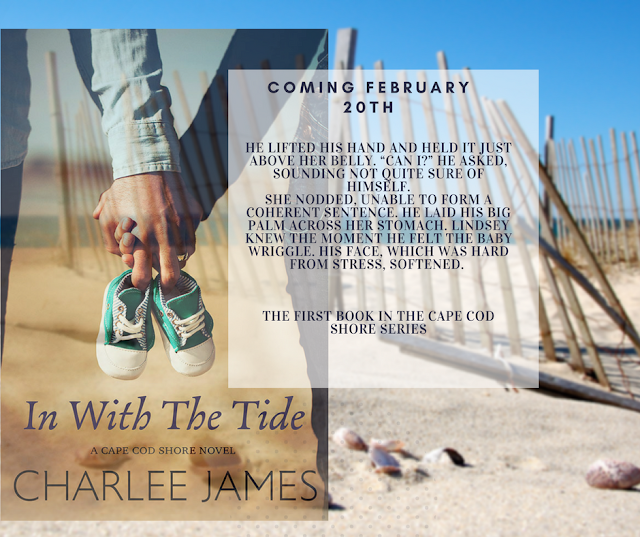 Lindsey looked over at Damien, and was so thankful for him. He held on to her like a steady anchor in a swirling storm.  In his eyes, she found the strength she needed to make the final push.  The pain was so great, she cried out. Suddenly, it subsided and she heard a cry, then another. Lindsey sobbed in relief as the baby was placed on her chest.
“Congratulations,” the doctor said. “It’s a healthy baby girl.”
So precious and small, this tiny life was the most miraculous thing that had ever happened to her. Lindsey imprinted the moment in her brain, the sound of her little girl’s first cries, the way her tiny hands fisted tightly, the downy fuzz that wisped over her head, but most of all the magical emotions that wrapped around her heart. She sighed and nuzzled closer to the baby. Overcome and overwhelmed with the moment, she had forgotten Damien was still in the room. She glanced up at him, and the strangest look swam in his eyes. Was it pride she saw there? Relief?
“What will you call her?” He stepped closer to the bed, and ran his thumb over the baby’s cheek. Her daughter’s hand reached out and grasped his finger, like a seahorse curling around ocean grass. Her heart faltered at the sight of the baby’s tiny pink finger wrapped around Damien’s.
“Maris.” She smiled. “It means of the sea.”
“Maris.” He spoke it slowly, and it sounded like harp chords flowing off his tongue. “It’s just right. She’s just right.”


He smiled down at her, and in that time in space, everything truly was just right. 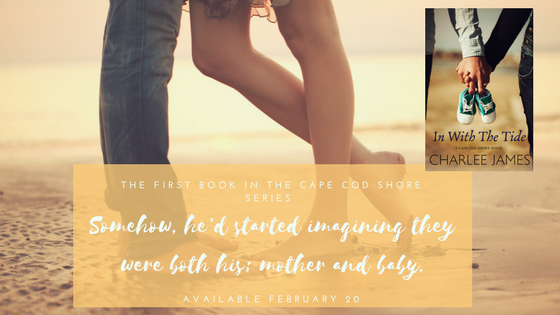 Contemporary Romance Author Charlee James was introduced to a life-long love of reading listening to her parents recite nightly stories to her and her older sister. Inspired by the incredible imaginations of authors like Bill Peet, Charlee could often be found crafting her own tales. As a teenager, she got her hands on a romance novel and was instantly hooked by the genre.
After graduating from Johnson & Wales University, her early career as a wedding planner gave her first-hand experience with couples who had gone the distance for love. Always fascinated by family dynamics, Charlee began writing heartwarming novels with happily-ever-afters.
Charlee is a New England native who lives with her husband, daughters, two rambunctious dogs, a cat, and numerous reptiles. When she’s not spending time with her tight-knit family, she enjoys curling up with a book, practicing yoga, and collecting Boston Terrier knick-knacks.

Kobo:
https://www.kobo.com/us/en/ebook/in-with-the-tide
The Bookworm and The Beast:

at February 28, 2018
Email ThisBlogThis!Share to TwitterShare to FacebookShare to Pinterest