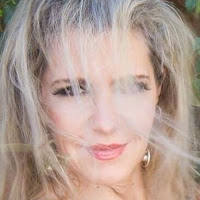 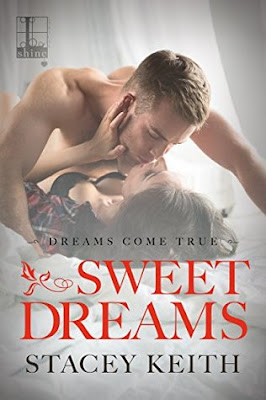 In a little town in the heart of Texas, the same old story can turn into happily ever after

On any given day, Maggie Roby has cake batter on her sleeve, flour where the blush supposedly goes, and sore feet from standing since dawn. For her sister’s wedding day, she’s added a side of heartache. Maggie’s failed marriage taught her that love is a lie and commitment a mistake, and it was an expensive lesson. But with her bakery thriving and her life simplified to work, family, and knitting for her pug, Maggie thinks she's bought some peace. Until Jake Sutton walks in and she realizes she isn't safe from desire at all . . .

Jake has model-perfect looks and about a billion dollars to throw around, but Maggie also sees the same never-say-die grit she prizes in herself. The attraction between them is hotter than her oven in July. But when Jake decides to restore the old Art Deco movie theater right around the corner from her bakery, she worries that temptation is a little too close for comfort. And the added ingredient of a man from her past only complicates the mix. This time nothing less than true love will do. If she can learn to listen to her heart, she just may be able to have her cake and eat it too.

Maggie found him in a lip lock with a woman alright, but it wasn’t the one he’d been with at the bakery. She couldn’t believe it. Her fingers flew to her lips as though it were Jake who kissed her there with such lazy, dangerous purpose. But as she stood in the doorway with her heart racing, anger burned in the pit of her stomach.
“Have you lost your minds?” she exclaimed.
Jake looked up. He’d clearly been about two seconds away from unzipping his pants. Maggie tried to murder him with her eyes. He didn’t seem at all repentant. Instead of fumbling for excuses like any other man, any decent man, he just shook his head and chuckled.
The woman gave a nervous little yip and pushed up a fallen bra strap. Maggie couldn’t help but notice how beautiful she was. Blond, like the last one. Blond like the endless line of beautiful women that probably filled his past.
Despite hating him, she was angrier with herself for responding to the gleam in his eye. For noticing that beneath the tux, he had the kind of lean, muscular body that might give any woman hot flashes. For noticing that he looked at her with the keenness of a man who saw something he wanted.
“Go wait for me in the pavilion,” he told the woman. She slid her eyes in Maggie’s direction and then left without a word.
They were alone now.
Maggie had a sudden urge to say something cutting and hurtful, although she didn’t know what it could be. Jake didn’t look like a man who wounded easily. Plus, he stood between her and the door, which made any dramatic exits impossible.
The muscles in her face quivered with the effort to keep her expression carefully neutral. She wouldn’t give him the satisfaction of thinking what he did matter to her in the slightest.
His gaze wandered over her unhurriedly before returning to her face. “Well, aren’t you a vision,” he said softly.
“Don’t even try,” she said.
“I think you’ve got the wrong idea about me.”
“Oh, so you weren’t trying to have sex in my sister’s laundry room?”
He moved around the corner of the table with predatory ease, which made her take a few steps backward. “What part of that bothers you, Magdalene? Or do you prefer Maggie?”
His use of her given name threw her a bit. Nobody called her Magdalene except the grandmother she’d been named after. “How—?”
“I asked Mason.”
Mason was friends with this guy?
Then another thought occurred to her. A terrible thought.
“You’re wearing a tux,” she said lamely. “You’re the new best man.”
“It was fun watching you put that together.”
Mason’s friend, Jasper, had been his original best man. She liked Jasper. But Jasper had broken his leg during the preseason and Cassidy told her there’d been a replacement, only with all the late nights, bridal registry debacles and drunken bachelorette parties, it had dropped off Maggie’s radar.
Now that radar was blipping just like her pulses, and she thrust out her chin in an effort to conceal it.
“How are you friends with Mason? You don’t play football,” she muttered.
“You’re right. I don’t.”
He offered no further clarification and was close enough now for her to feel his body heat. It worried her how his gaze just seemed to reach inside you and browse around, examining first this thing and then that, turning everything over with a kind of selfish, cynical amusement.
God, how it infuriated her.
“I’m surprised,” she said. “A man like you using his friend’s wedding to sleaze around for women. The one I saw you with earlier—where’s she? You didn’t get tired of her already, did you?”
A muscle flared in his jaw. For the first time since they’d met, she might have gotten an emotion out of him that didn’t involve his hateful smile. “Quite the opposite,” he replied.
“Oh, I see. Well, that worked out nicely for you then, didn’t it?”
Jake positioned himself in front of her, arms crossed. Tall as she was, Maggie had to tilt her back to see him. He smelled really good, like some kind of heady mixture of sandalwood and tobacco and … man.
Well, she’d just have to stop breathing.
“You know, we seem to have gotten off on the wrong foot, Magdalene.”
“Stop calling me that.”
“Maggie doesn’t really suit you. It’s a good name for a dog, perhaps—”
“You really love to hear the sound of your own voice, don’t you? The ringtone on your phone is probably just you saying your own name.” Oh, she liked that. That was a good snap.
“You almost make me wish I were spending more time in Cuervo,” he said.
“Why?” she replied. “So you could try to get my clothes off, too?”
Jake gazed down at her with his glacier blue eyes, 007 tux, and intoxicating maleness. “I have a feeling there’s a lot there to see,” he said.

With a nine-year-old daughter, an overdue light bill, and a job slinging burgers while zooming around on roller skates, Cassidy Roby is not living the glamorous life. But Cuervo, Texas, has its charms: quiet streets, loving family, and the down-home familiarity of knowing which of your neighbors are mean as snakes. With Cassidy’s reputation, she knows what will happen if she steps a foot out of line. But how can she help it now that Mason Hannigan’s back in town?

As Cuervo’s high school quarterback ten years ago, Mason was all rock-hard abs and yes-ma’am manners. Now that he’s living the glitz and glory of the NFL, he’s all that plus a couple million bucks. The desire blazing between them is too hot to hide. Cassidy has some experience getting her heart broken by the hometown hero—and having the whole world watch her try to pick up the pieces. Will adding fame, fortune, and paparazzi be a playbook for disaster—or lead to the biggest adventure of her life? 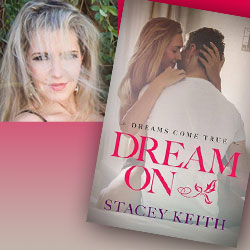 Mason stood gazing down at her from his height, and maybe the sun came out or it was just the air going out of her lungs, but she felt a little dizzy. He wore a light blue shirt with the sleeves rolled up and a fitted pair of jeans. There was an expensive-looking cheese sampler balanced on one hand, obviously meant for her mom, and a bottle of wine in the other. But the heat in his eyes when he looked at her electrified the space between them. Every word they’d never said, every kiss they’d never taken seemed to shimmer inside that space. Her whole body responded to it, something scorching and magnetic that lined up in the direction of him.
Cassidy had a vague impression of stepping back and welcoming everyone inside the house, but she heard their voices inside an echo chamber. Only Mason seemed real. He loomed inside her doorway like a dream, his broad shoulders blocking out the light.
In quick succession, Jasper, Temple, and Brian bent down to give her a hug before Lexie pulled them into the kitchen. Then it was just her and Mason alone. Cassidy had to tilt her head back to see him.
His eyes were dangerously hot and hungry, searching hers without a trace of the self-consciousness she felt. She wanted to absorb every detail of him while she still could, before he went back to his life in Dallas, his football practices and press conferences and everything else she wasn’t a part of. But he was here now, right now, right in front of her. And the tension that swirled between them made the tiny hairs on her skin stand at attention.
She’d never wanted so badly to touch the dark stubble that lined his strong jaw or run her hands over the biceps that strained the seams of his shirt. This must be what pure lust feels like,she thought, because I am dizzy with it. When she’d known Mason before, she was a child still. What she felt now was a woman’s desire, and it set her nerves on fire. Need blazed down her spine and wrapped itself like a fierce, burning embrace around her thighs, her belly, her breasts. She couldn’t move, couldn’t look away. His gaze wouldn’t let her.
Then one corner of his mouth curled up. “Don’t I get a hug, too?” he asked in a voice gone husky.
Sweet Jesus. Cassidy swallowed hard. Her palms felt damp and her heart kept up its annoying racket. “I can’t hug you. You have … stuff.”
“Damn,” he said. “Here, let me get rid of it.”
“There you are.” Lexie appeared in the doorway that led to the kitchen. “What are you doing? Everybody’s in here now.”
Mason steepled an eyebrow at Cassidy as though to say, “Well, what can you do?” She gave him a dazed smile. How could she act normal in front of people when everything inside of her was in flames? There was no way she’d make it through dinner.
They followed Lexie into the kitchen, but Cassidy had a tough time focusing. Mason’s presence was too big and too masculine for her to think about anything else. Having four huge men here made everything in the house seem smaller. They were all noise and charm and testosterone. 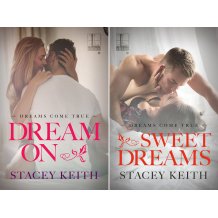 at March 22, 2018
Email ThisBlogThis!Share to TwitterShare to FacebookShare to Pinterest