There’s a storm brewin’…
The day his wife died, Sheriff Cash Hill discovered she was leaving him for another man, one she’d loved since before their marriage. How could the single dad ever trust another woman again? But when Georgia’s best friend, Holly, comes back to town, something about Holly’s sweet, sassy vulnerability has his protective instincts kicking in hard.
Holly Jensen left La Colina, Texas with regrets. She’s returned home to work as the new large animal vet and to watch over her best friend’s daughter. But Holly’s knowledge of Georgia’s past could rip a family apart. And she’s reluctant to go to the sexy…and single…sheriff, as he’s made it clear he wants nothing to do with her.
Both are faced with a choice…stay locked in the past or allow their reservations to be silenced by a passion hotter than Texas summer nights. Can they learn to trust their own hearts and each other?

Holly opened the door and her welcoming smile froze on her face at the sight of Cash standing there. Not one of the younger Hills, like Autry or Jennings, whom she’d sort of expected. Dang, he looked yummy in jeans and a black button-down shirt casually rolled up at the sleeves, showing his tanned, muscled forearms. Heat rushed through her and pooled low in direct response to the visual impact he had on her.
She blinked at him for a second before she realized he seemed equally stunned. His gaze traveled down her in a lazy perusal before returning to her face. Holly would swear to a judge in court she’d seen desire burning in his eyes before he blanked his expression and gave her a polite smile. Holly ruthlessly tamped down her own response to him. She wasn’t a teenager anymore, dammit. What was wrong with her?
“Hi, Holly,” he said casually. “You look great. You’ll have to beat all the men off with sticks tonight.”
She didn’t miss the subtle hint he wouldn’t be one of them.
Hurt prickled. She was getting a little sick of his attitude. Not that she could call him on being rude—he’d been polite, but distant. Why had he bothered to be the one to pick her up?
“Hi, Cash. Thanks for the ride.”
She stepped outside into the warmth of the night and turned around to lock the door. Unfortunately, her old house chose that moment for the door to stick. She gritted her teeth and jerked on it a couple of times to no avail.
“Sweet baby in a manger, budge,” she muttered at the stubborn door.
Suddenly, Cash reached forward. “Here. Let me.”
She stayed perfectly still as he leaned around her and forced the door to close, his warm, solid chest pressed up against her back. She’d worn a dress with red and white stripes, a halter top and wide skirt with pockets. It offered little protection for her now, although Holly suspected she could be wearing a thick fur coat and she’d still feel every inch of where he touched her. It only took him seconds to jimmy the darn door, but it felt like longer.
Finally, Cash stepped back and let her finish locking it.
“Thanks,” she mumbled.
“Ready?”
Holly turned and flashed a perky smile. “Ready is another one of those relative terms. Like going.” 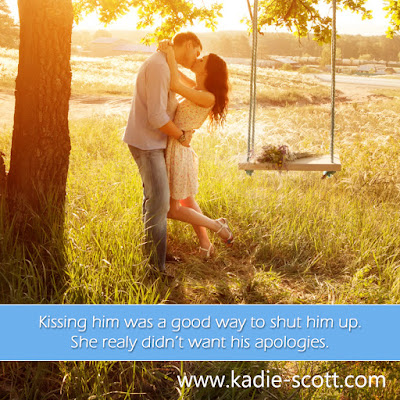 She’s the exception to his every rule…
FBI agent Max Carter lives his life by a strict set of rules—rules that don’t allow for distraction,
deviation…

or a relationship. But tell that to his matchmaking mama. To avoid yet another set-up, he announces he has a girlfriend. And now has to produce said girlfriend at Christmas dinner. Maybe Santa has a suitable actress in that red bag of his…

Gina Castillo is about to break her building’s iron-clad “no pets” policy to give her little brother the perfect Christmas gift—a dog. Too bad Max, the most inconveniently sexy tenant in the building, catches her red-handed. Gina expects to be evicted but instead finds herself blackmailed into playing the role of his girlfriend.
Two lies plus one dog should equal a hot mess of a holiday, but attraction and Christmas magic might just defy the rules…

But then…footsteps. Headed her way. She hopped away from the door and looked frantically around the room. Nope, still nowhere to hide.
Oh, God. I am so busted.
Only one day of breaking the building’s No Pets rule and now she was going to have to find her best friend another place to live.
Yep. I’m so totally screwed.
Her heart decided it wanted out of this hot mess and went for the escape hatch up her throat, but lodged there as the door opened.
Max stood there. Just Max.
They stared at each other for a long moment before she leaned to the side to peer around him. No Super lurking in the halls. No nosy neighbors. No animal control person threatening to take away the dog. They were alone.
“I took care of it,” he said.
Gina did her best to swallow her heart back into its rightful place in her chest as she stared at him. “What does that mean?”
His mouth tilted at one corner. “I didn’t dump their bodies in the river if that’s what you’re thinking.”
Ha. Ha. Now the man was a comedian. She waited for a real answer.
Max shrugged. “I told them I tripped and fell, then I sent them on their way.”
The guy had been in the middle of yelling at her, or his silently fuming version of it. Why on earth would he cover for her?
For the second time that night, she got the distinct impression he was trying not to smile, despite how his expression didn’t change at all, other than a sardonically lifted eyebrow. Her expression must’ve reflected the combination of incredulity, relief, and suspicion that was going on inside her.
“You’re welcome, by the way,” he added.
Gina squeezed the dog close to her chest, stroking its soft fur for comfort. “Thank you,” she acknowledged belatedly.
“Your secret is safe with me…for now.”
Damn. She should’ve known her head was still on the chopping block. “What do you mean, for now?”
“I took care of it, but if you want me to keep taking care of it, I need something from you.”
Yup. Here came the axe. Gina edged away, nerves and disappointment both dogging her steps. Hottie McBlackmailer turned out to be a perv. She lifted her chin. “I’m not sleeping with you.”
Max crossed his arms, and she swallowed at the sight of defined muscles under the fine material of his shirt. “I don’t want sex.”
She stopped scooting back and eyed him, trying to determine how serious he was. “No?”
Max slammed her with a charming smile, one that softened the harsher lines of his face and had her stomach fluttering in response. However, like in the hall earlier, his blue-eyed gaze remained distant, and she didn’t quite trust that I-have-my-own-agenda light in his eyes.
“No,” he said. “I want you to pretend to be my girlfriend.” 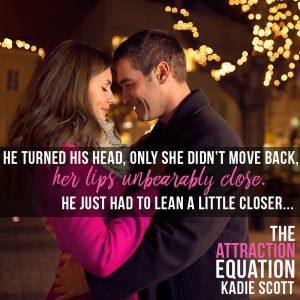