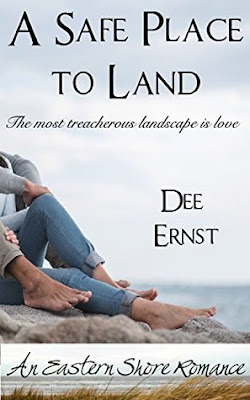 Jenna Ferris always thought that her ex-husband, Sam, was still her best friend. Sure, their marriage hadn’t worked out, but that was mostly because of their twenty-plus age difference. But after Sam’s death, Jenna finds out that Sam had a secret that he never shared—a son, who is on his way to claim his inheritance, which includes the house that she and Sam had bought years ago. The same house that Jenna has always called home, and has no intention of sharing it with anyone, especially some snot-nosed kid from the big city.

But Craig Ferris isn’t some kid. He is a grown man, the product of Sam’s youthful affair. Craig arrives with his three daughters after hastily leaving Chicago behind. Craig has no intention of staying in the small town of Cape Edwards. He needs to find a job and place to start a new life for himself and his girls after the death of his wife the year before.

Jenna grudgingly makes room in her home—and her life— for Sam and his girls, while fighting a growing physical attraction to the man who reminds her so much of her lost love. But the more time she spends with Craig, the more she realizes he is nothing at all like his father. And lust is slowly turning to something else as she begins to know and understand the man who told her, from the very beginning, that he has no intention of staying in Cape Edwards.

Will the small-town magic of the Eastern Shore convince Craig that this is the best place for his new family? And can he believe that Jenna loves him for himself, rather than as a substitute for the larger-than-life Sam? A Safe Place to Land is about two cautious people slowly trying to find room for each other in the most treacherous landscape of all, the human heart. 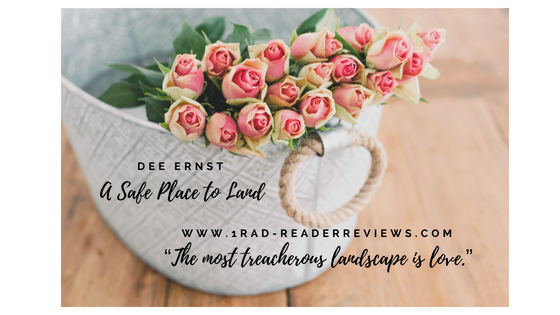 Michael Carlucci, the hot, young musical genius behind the successful rock band, NinetySeven, knows that he’s found the woman for him. Diane Matthews is not just beautiful and smart, she’s got an infectious passion for everything in her life, from her three daughters to her new play. For him, the search is over. He knows they belong together.

For Diane, it’s not as simple. She’s almost twenty years older than Michael. She’s not interested in remarrying – she’s very happy with her life just the way it is, thank you very much. But she can’t deny the growing attraction between them – and it’s not just his touch that she craves. But it’s not until Michael is gone and an old love returns that she realizes just what he meant to her. He said he would love her forever. Can she trust that? Or should she find a safer route to happiness? 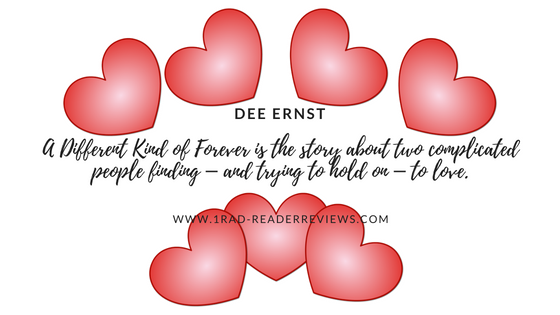 Diane Matthews’ teen daughters have been trying to win tickets to a concert for NinetySeven, a local group that’s become an international sensation.

They went into the house together, Diane turning on lights as they walked through the empty living room. She could feel him behind her. He’s waiting, she thought. He’s waiting for me.
She turned suddenly. They were face to face, and she could feel the heat from his body, and his eyes were endless, impossibly blue, and he leaned forward very gently and kissed her. She was trembling, and he kissed her again. This time she kissed him back, softly at first, then with a growing hunger, and her arms went around him, his waist, under the thin fabric of his shirt and pulling him toward her. His body was lean and hard, and she opened her mouth, and she could feel the smoothness of his skin against her hands. As his arms went around her, she made a small noise, like a sob, and then his hands were in her hair, and his lips were brushing her neck, soft, down her throat, a trail of kisses that shook her entire body. She brought her hands up, between them, gripping his shoulders and pushing against him abruptly. “Stop.”
He let her go, stepped back, and dropped his arms to his side. She pressed her hands against her forehead.
“I’m sorry,” his breathing was strained. “I thought – I’m sorry.”
“No. No, don’t be sorry.” He took a step toward her, hesitant, and she moved away. “I need to think. I can’t think if you touch me.”
He stepped back again, and she pointed. Her hand was shaking. “Sit. Please, sit down.”
He obediently sat down in a wing chair, leaning forward, his elbows resting on his knees, hands clasped. He was watching her face.
“Okay.” She brushed back her hair with one hand and took a deep breath. “I’m forty-five years old.”
“I’m twenty-six.”
“Exactly. Doesn’t that bother you?”
He shook his head. “Not at all. I like being twenty-six.”
She laughed shakily. “Michael, be serious. Doesn’t it bother you that I’m nineteen years older than you?”
He shook his head again. “No. Would it bother you if I was nineteen years older?”
“Please, Michael,” she pleaded, “don’t try to confuse me with logic. It’s not fair.”
He laughed. “Okay. From now on, no more logic. I promise.”
She took another breath. “I haven’t had sex in over six years. Not since before my divorce.”
“Whoa.” He sat back in the chair. “Six years? Shit, nothing like a little pressure.”
“Pressure?” She crossed her arms across her breast, hugging herself. “That’s how much you know. The way I feel right now, the only foreplay I need is for you to unbutton your shirt.”
His mouth twitched. “Oh.”
“Don’t you know how sexy you are? You should read some of your fan sites. I mean, I did, and boy was I floored.’ She began pacing up and down in front of him, hands flying around her face as she spoke. “But then I saw you on stage. I mean, my God, you’re incredible. You’ve got all this talent and energy and I don’t know what else, and you put it all out there. Shit, Michael, what a turn-on. No wonder all those women want you.”
“That’s what I do,” he said softly. “It’s my job. I love it, and I wouldn’t trade it for the world. But it’s only what I do. It’s not who I am.”
“I know,” she said. She stopped and looked at him, eyes wide and dark. “If that was all this was about, I could just sleep with you and walk away. And believe me, I am so tempted right now. But I know that you are so much more than just that. And this right now, you and I, this is more. At least,” she faltered, “at least I think it is. Unless you just want to get laid. Oh, shit.” She covered her face with her hands. “That’s it, right?” She dropped her hands and looked at him miserably. “You must think I’m a real idiot.”
“No, that’s not it. And I don’t think you’re an idiot.” He spoke quietly, his eyes boring into hers. “I think you’re one of the brightest people I’ve ever met. I love how passionate you are about things, your work, your kids, your whole life. You’re funny and kind and I think you have the most beautiful eyes I’ve ever seen. When you smile, you break my heart. I think you’re amazing.”

Dee Ernst was born and raised in New Jersey, which explains a great deal about her attitude towards life.  She loved reading at a very early age, and by the time she was ten she had decided to become a writer.  It took a bit longer than she expected.

She went off to college, moved around a bit, had a job or two, a husband or two, and a daughter or two.  It was the birth of her second daughter at the age of forty that got her thinking about what to do with the rest of her life.  That was when she decided to give writing a real shot.

Dee loved chick-lit and romantic comedy but hated the twenty-something heroines who couldn’t figure out how to go and get what they wanted.  She began to write about women like herself — older, confident, and with a wealth of life experience to draw upon. She got an agent but no sales and took the plunge into self-publishing in 2010.

She has since written a few more novels, a series of cozy mysteries, and is now giving a romance series a serious shot.

She is still in New Jersey, where she writes full-time.  She lives with husband #2, daughter #2, a few dogs and a lone cat.  She loves sunsets, long walks on the beach, and a really cold martini.
at May 31, 2018
Email ThisBlogThis!Share to TwitterShare to FacebookShare to Pinterest