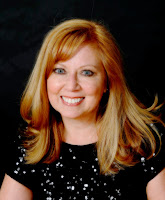 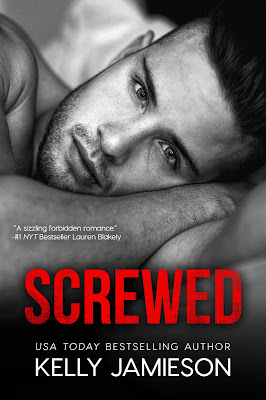 Rad-Reader:  How did you come up with the title or did someone else pick it for you?

Kelly:  I came up with the title myself – I usually suck at titles, but I wanted something that sounded a bit edgier and this totally fit Cash’s situation!

Rad-Reader:  I’ve read your hockey series and your Last Shot and like this book also when do you find the right moment in the story to have the two main characters come together?

Kelly:  Well, in a romance the two main characters have to come together fairly quickly. That’s why readers are reading romance…we want to see these two interacting and falling in love. But it does depend on the story. And sometimes there’s a “slower burn” in how fast the physical relationship develops. Cash and Callie get overtaken by lust in Screwed, and then they try to take a step back, but that’s not so easy…

Rad-Reader:  Was it always your intention to have only Callie’s friend and Cash support her in her new adventure or was that just where the story led you?

Kelly:  Yes, that was my intention. Callie’s big learning in the book is that she can’t live her life trying to please other people (mainly her parents) and her self-worth isn’t dependent on their approval. I know it makes her parents not very likable, but it had to be that way for the struggle she has to overcome.

Rad-Reader:  Beau’s character was a real piece of work was he made up or just people you heard about?

Kelly:  The funny thing is, when I first wrote this book, Beau was completely made up. Then I actually went through my own marriage ending, and it turns out Beau’s character is pretty realistic, sad to say. But Beau redeems himself a little in the end by letting Callie and Cash have happiness together.

Rad-Reader:  Do you write the whole story first and then go back and change or add or is it adding ideas as you go?

Kelly:  Hmm, tough question to answer. In my early writing days, I would write the whole story and then edit. Now I do more of that as I go along. But there are always changes made and layers added after the story is written, and there was actually a LOT of that with Screwed because it was edited twice. My Entangled editor Karen Grove had fantastic ideas to make the story better.

Rad-Reader:  Having Callie’s grandparents show up at her business and then being totally opposite than her parents were nice, was that always part of your story or did you add them later?

Kelly:  Callie’s grandparents are wise and experienced in life. They’ve raised a large family who have all been very successful, but they’ve never lost sight of what’s really important in life.

Rad-Reader:  Did I get the part of the story right when she told Cash that she volunteered for making a wish in college, it sounded like Beau did not know and still did not when they got married?

Kelly:  Oh, Beau did know about that (although it’s never really addressed in the book).

Rad-Reader:  When you had them look back a few times in the book it was like the two of them Cash and Callie had more of a connection but she still ended up marrying Beau was that your intention?  Or am I just looking to much at something that wasn’t there?

Kelly:  I like to think that Cash and Callie did have a connection back in their college days…which maybe would have developed into more if it hadn’t been for Beau. But Cash kept his feelings tightly under wraps, and Callie fell in love with Beau so she just saw Cash as a friend back then. But I think a pretty good friend after they got to know each other better.

Rad-Reader:  Was having Cash’s father came back into his life always part of your original draft?

Kelly:  Actually, no! But then I thought that would be a good learning experience for Cash, for him to realize that loyalty is great but life isn’t always black and white, and maybe his father isn’t the evil person he’s always thought him to be…which meant maybe Cash wouldn’t be completely evil for giving in to his feelings for Callie.

Rad-Reader:  When your writing, do you ever find it difficult to come up with a character you need for one of your books?

Kelly:  Sometimes I do! Usually the heroine! I often figure out my male characters first, and then the woman has to be the RIGHT woman for them…someone who will test them, and their flaws, and make them better.

Rad-Reader:  Was this book or story an idea you came up with or was it suggested to you?

Kelly:  I got this idea from a magazine article I read, a man wrote about how he’d fallen in love with his best friend’s girlfriend and how painful it was. There wasn’t a happy ending in that real-life story, as he had to withdraw from the friendship. But then that made me think what if there could be a happy ending for a story like that…

Rad-Reader:  Do you get to write your own stories or are you on some type of contract with a publisher for what you write?

Kelly:  I now have contacts with a big publisher for my hockey series, but I can write whatever stories I want in that world.

Rad-Reader:  You made Callie out to be a strong woman who is always up against certain way they do things because of who she is, was it difficult to make her strong and go up against the rules of her mother?

Kelly:  Yes, a little, because it was hard for Callie. In fact, I mentioned my editor above, and she gave me suggestions for where I could really deepen that inner conflict—between Callie’s desire to be a “good girl” and gain the approval of her parents, and her desire to be her own woman and rebel a little.

Rad-Reader:  So, do they really have those divorce parties like the beginning of your book with those jokes?

Kelly:  I’ve never been to a divorce party, but that was something I got from another magazine article! Apparently, people do it! There are some opinions that it’s a fun thing, a way for friends to show support, a point of closure and moving on…and there are those who think a divorce isn’t something to celebrate. Callie feels both of those things. I wanted to show her friends supporting her though.

Rad-Reader:  Do you use an outline when writing or do you just start writing?

Kelly:  I have a very, very basic outline, mostly just turning points of the story. I mostly “pants” my books.

Rad-Reader:  Was there anything special you did for yourself when you received your first royalty check?

Kelly:  Actually no—my first royalty check was pretty small, LOL. But I did start a tradition –every time I signed a contract, I drink champagne.

Callie:  Yes! Nina Dobrev is exactly who I had in mind with Callie!

Kelly:  Those are excellent picks!! Love them.

Rad-Reader:  What is your favorite type of music to listen to when you are rocking out in the car by yourself?

Kelly:  I listen to pop music, the latest stuff, no oldies!

Rad-Reader:  What is your guilty pleasure when it comes to dessert?

Kelly:  I try not to feel guilty about pleasure! I’m not big on sweets, so I rarely eat dessert, but I love a good cheesecake! 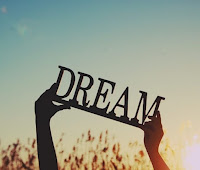 Rad-Reader:  If you could dress any way you wanted too how would you dress? Open-ended credit card. 😊

Kelly:  Oh, I would have designer stuff, especially shoes! Christian Louboutin heels for sure! I want these!

Kelly:  Next release is July 17/18 – Playing Hurt, the next book in my Aces Hockey series.

Rad-Reader:  Where can our readers find you on the Web? Links

Kelly:  Here’s where you can stalk, er, follow me!

Thank you for your time and for all of your wonderful books besides your hockey books.  I also liked your Last Shot series.  Sorry about you Jets losing.  Thanks once again.

at June 29, 2018
Email ThisBlogThis!Share to TwitterShare to FacebookShare to Pinterest