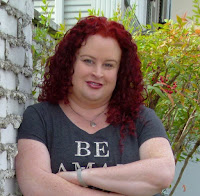 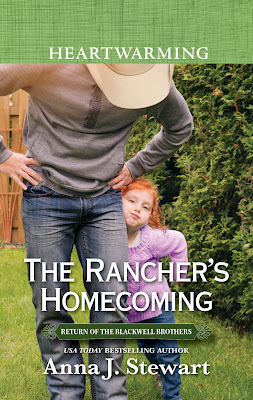 Chance Blackwell’s return—could cost her everything!

Ten years after he eloped with Katie Montgomery’s sister, Chance Blackwell is back in Montana to sell his family ranch. Katie could lose her job and the only home she’s known. But the loyal cowgirl is keeping a secret that could shatter trust and jeopardize her future with the widowed musician and her toddler niece. Unless Chance’s growing affection for her and all things Blackwell can earn Katie his forgiveness—and his love. 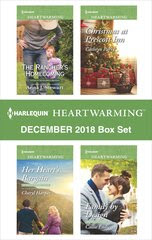 He jumped at the knock on his window and found Katie standing beside the truck, hands on her hips, her eyes blazing and her jaw locked so tight she reminded him of Lochlan. “Well?”

Her muffled voice echoed through the cab before Chance shoved open the door and climbed out. “Well, what?”

“Well, what happened?” She took a step back as Chance hauled her bag out of the back of the truck. “What’s that?”

“Your clothes. And some other stuff you’ll probably need. Anything I
missed you can get from Hadley at the guesthouse.” He walked right past her into the house. He left her bag at the bottom of the steps and headed into the kitchen for more coffee. A tankard should do. Or maybe he’d just set up an IV line.

The front door slammed shut. “What do you mean stuff I’ll probably
need?”

“You’re not going back there.” Chance began putting the dishes she’d left to dry away. “Not for a while at least.”

“I’m not?” Katie stood at the end of the counter, arms folded across her chest, looking oddly like the petulant teenager he remembered from his youth. Except she wasn’t a teenager any longer. She was a full-grown woman with more spunk and fire than any woman had a right to. “And who are you to tell me where I can and cannot go?”

“The man who just listened to your father call Rosie a Blackwell brat.”

Katie’s mouth dropped open. “He did not! That doesn’t even make any
sense.”

“Of course it does. She’s half-Blackwell. Apparently, that’s qualification
enough to negate the Montgomery side.” He slammed a coffee mug onto the shelf. He didn’t like thinking that he was the reason Lochlan had turned his feelings of betrayal into hatred for the entire Blackwell family. Chance was the one who had taken Maura away. But now it seemed as if his brothers had been tainted by association. “No way am I letting her anywhere near that man while he’s drinking. He’s dangerous. I can see it all over your face.”

“I’ve been handling my father on my own for more than a decade, Chance Blackwell. I don’t need you riding back into town on your white horse playing hero.”

“I’m not playing at anything.” Especially hero. He was a man struggling to keep things together. “He’s unpredictable, Katie. The only thing keeping him upright at this point is the alcohol coursing through his system. It’s not safe for you.”

“Again, not your decision. That’s my home, Chance.”

“It’s a house, not a home. And it’s not like you’re there a lot anyway,
right? The only reason you’re still there is to take care of him. And he doesn’t want that, does he? So you’ll stay here. With me and Rosie. She’ll love it. She’ll think it’s a long-term slumber party.”

“That’s low, even for you, Chance Blackwell.” Katie’s eyes narrowed.
“Using that little girl against me. You can’t stop me from going back.”

“You’re right.” Chance planted his hands on the counter and ducked his chin. “I can’t. But what I can tell you is that you’re only enabling Lochlan. He’s got no reason to change or even want to. You make excuses for him. You cover for him. You coddle him and prove there aren’t any consequences to his actions. You lied to my brothers about him being gone while he was here soaking up alcohol like a sponge, yet you turn a blind eye to the fact that he doesn’t care about anything or anyone.”

When the right guy is so wrong...

Morgan Tremayne has a heart of gold, but to keep her children's charity afloat she's had to resort to some less than legal means: donations from a notorious cat burglar who targets the wealthy. It's only a matter of time before Morgan's criminal connection blows up in her face-especially since her undeniable attraction to the man heading the investigation keeps putting her in tricky situations.

Former police detective-turned-investigator Gage Juliano has two goals: salvaging his career and nabbing Nemesis, Lantano Valley's present-day Robin Hood. But when he meets a beautiful, curvaceous woman who's more interested in helping others than amassing a fortune like the rest of the town's residents, Gage finds his desires pulled in an unexpected direction...one that could cost him everything. 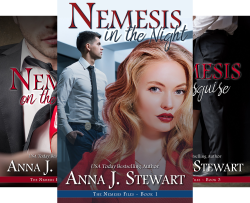 Morgan pulled out her wrench just as someone banged on the side of the car.
“What?” Morgan shouted from under the carriage of her latest pride and joy.
“Company, Morgan.” Angela called.
“Tell them I’m busy.”
“I can see that.” Morgan tucked her chin down in time to see Gage grinning at her. “’67 Impala. Nice refurb. How’s it coming?”
“Sh-ugar!” Morgan whacked her forehead on the oil pan. “Oh, ow.” Pain shot through her skull as she was dragged from under the car by her ankles.
“You okay?” Gage’s grin faded under the concern clouding the blue eyes that had haunted her dreams all week. He picked up a rag as she shoved herself up, pressing oil-slick fingers against the sore spot.
“I’m fine.” Oh, God. What was he doing here? Had the D.A. found something? Had there been a break in the case?
Morgan slammed her foot on the mental brakes. Gage had no way of connecting her to Nemesis that she knew of, and if he had come because of the case, he wouldn’t have done it with a wink and a smile. Get it together.
“Your eyes are spinning.” He pushed her back until she leaned against the car door. “Sit still for a minute. Let me get you some water.”
“I don’t need water.” What were the odds that as soon as she vowed to extricate herself from Nemesis, Inspector Juliano stopped by for tea? “Where’s Angela?” She could use a buffer between them about now.
“She went inside. Probably to grab one of those muffins Nico made.”
At the mention of muffins, Morgan realized she’d forgotten to schedule in breakfast again and then lunch, which baffled her because Nico made the best blueberry muffins in the county.
“Here.” Gage pushed a bottle of water into her hands, squatted down next to her, and dragged a semi-clean rag across her forehead. “Damn. That’s going to bruise. I didn’t mean to startle you.”
Holy. The man wore simple dark slacks and a blazer as perfectly as he had the tux. “What are you doing here? I didn’t think I’d see you again after the other night.”
“Hmmmm.” He pressed gentle fingertips against the sore spot on her head. “How do you feel? Nauseated? Dizzy?”
Not from the knock on the head. “I’ve had worse. Help me up.” He grabbed hold of her hands and pulled, but before she toppled into him, she detoured and leaned on the workbench. The last thing she needed was to be in Gage Juliano’s arms again. Dammit. What was she supposed to say? She opened the water and took a long drink. “It’s Friday. Shouldn’t you be at work?”
“I am at work.”
Morgan’s mouth went dry and she drank again, trying to swallow the panic. “You are?”
“Well, lost-and-found isn’t in my job description these days, but I thought you might like these back.” He reached back for a paper bag she hadn’t noticed before and pulled out a beautifully wrapped shoe box. He placed the gift on the trunk of the Impala. “I don’t know much about shoes, but they didn’t look as if you got them at the Salvation Army.”
“Oh.” Morgan pressed a hand against her heart as gratitude swelled within her. “Oh, I didn’t think I’d see them again. My, um, my mom bought them for me to go with the dress.” She hadn’t wanted to dwell on the loss, not when there were more important things to worry about, but the dress looked lost hanging alone in her closet.
She grabbed hold of his shoulders and kissed him on the cheek, startling them both.
She stepped away, tried to laugh, but his hand came up to cup her cheek like he had after the party. Her entire body ignited as if he’d turned on a blowtorch. So much for hoping the fireworks between them had been her imagination.
“What happened the other night?” He rubbed a thumb against her lips. She shivered, unable to pull her gaze from his. “What scared you away?”
What didn’t scare her about Gage? The way he made everything else vanish? The way her mind turned to hot, steamy soup whenever he touched her? Or maybe that with very little effort he could rip her life apart?
“The other night was a fairy tale, Gage. Make-believe. You see this?” She shouldn’t want him touching her, but she did, even as she gestured to her grungy, grease-stained cutoffs, and ripped T-shirt. “This is me, my life. I fix cars, repair water heaters, and paint siding when I’m not working, which is pretty much all the time. I’m helping to raise four foster kids and trying to keep this roof over their heads. I’m not that glamour girl you met the other night. I don’t get prettied up and go to parties and eat at the tennis club. I am not my sister.” Not that that didn’t work for Sheila. It just didn’t for Morgan.
“Did it ever occur to you that I might think that’s a good thing?”

at November 29, 2018
Email ThisBlogThis!Share to TwitterShare to FacebookShare to Pinterest