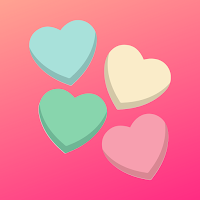 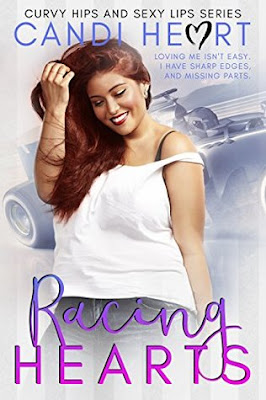 When race car mechanic Charlyse Cruise gets invited to the Grand Prix kick-off party of the year, she can’t believe her luck. It isn’t long before popular playboy race car driver and team owner, Tyler Dalton, of Dalton Enterprises, spots her at the party. Her voluptuous curves, dark fiery hair, and a dimpled smile immediately has him gravitating in her direction. He willingly drags her away from the party, and soon, the two are locked in a sexy, explosive tryst.

On impulse, Tyler convinces her to accompany him to NASCAR in Las Vegas. Without a second thought, she hops in his Bugatti and finds herself on her way to the big race with him. Things seem to heat up and then suddenly, drastically cool down once they reach the sparkling lights of the city that never sleeps.

How’s a girl supposed to move on when she has no idea what she’s done wrong? Finicky, gorgeous billionaires… who has time for their games? She just hopes what happens in Vegas, really does stay in Vegas.


Racing Hearts is book 1 in the Curvy Hips and Sexy Lips series and is for readers 18+.

Drawing a breath, I looked away from him. When his arm snaked around my waist and pulled me up against his chest, I didn’t resist. When his mouth sealed over mine in a fiery, possessive kiss, I gave in much too easily. Before I knew what was happening, he was pressing me up against the cold bricks of the alleyway wall.

I knew his name. I’d seen him race a million times. But his pictures, videos, and presence from afar all paled in comparison to the incredible way he filled out his charcoal three-piece suit. I would shake his tailor’s hand for that if I ever got the chance.
Tyler Dalton dripped sex, money, and danger, and was a legend in his own right. It wasn’t just his body I was celebrating internally, though. He was literally freaking beautiful. Like Runways in Paris beautiful. High, sculpted cheekbones like some sort of living version of an Adonis. Lips made for sucking and biting. Dark-brown hair that made a girl want to slide her fingers through, and crystal-blue eyes that penetrated to the depths of one’s soul.
I blinked incredulously as he just stood there, looking at me.
Say something, you idiot! I screamed inside.
He gave me a panty-dropping smile and pointed to my drink. “You’re not drinking the raspberry, are you? The apple’s so much better. Here, let me show you.”

Normally, I wouldn’t let a man take control like that, but Tyler Dalton was too charming to resist. He lifted the drink out of my hand and set it on a passing tray, where he picked up a wine flute brimming with Speed Liquor’s Green Apple Liqueur.
Tilting my head at him, I studied the insistent glimmer in his eyes before I dared to hazard a sip.
“You won’t regret it,” he encouraged with a sexy smile.
I didn’t think I would… Whatever he was truly implying.
I had a feeling the drink was sure to pale in comparison to the raw masculinity he could truly offer. I could see the invitation in his eyes, and it wasn’t just the encouragement for me to try a new flavor of his sponsor’s liqueur.

After catching her boyfriend cheating with the skinny little tart across the hallway, Terra was ready to give up both beef and cake, once and for all. That is, until Mason Stone enters her bakery and sweeps her off of her feet. Unfortunately, she's been jilted one too many times, and the fact that Mason is the lead singer for a popular rock band just complicates things… especially when she sees the type of groupies they attract. Will the sparks they’ve ignited last, or will her own insecurities end their relationship before it even begins?  Sexual situations. Language. Dark Humor. Recommended for readers 18+  Sweet Treats is book 5 in the Curvy Hips & Sexy Lips Series and can be read in any order. Each book is a standalone love story with a HEA.

Candi Heart writes funny, sassy, and swoon-worthy romance that will leave you with a smile on your face and a sigh on your lips. She knows big, beautiful girls need love too and enjoys writing about them finding their happily-ever-afters.

at February 13, 2019
Email ThisBlogThis!Share to TwitterShare to FacebookShare to Pinterest