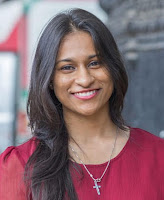 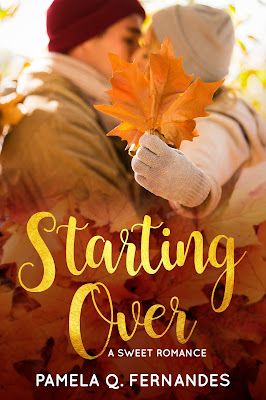 
Whatever her reasons, Nathan intends to find out and start over again!

“Brooke? Who is it?” Cara shouted out as she capped her red pen. She’d never finish grading these papers at this rate.
She heard the door shut and was about to get up when he walked in. Nathan Reynolds was standing in her kitchen with a fresh bouquet of gerberas, sunflowers, and dahlias.
“How many times must I remind you not to open the door to strangers?” she said to Brooke.
“He said he’s your friend,” Brooke replied giving him a wide smile.
Cara closed her eyes. The last thing she wanted was for him to watch this drama unfold.
Nathan spoke up. “It’s alright kiddo, your mom and I used to go to school together.”
Cara took off her glasses.
Brooke visibly bounced. “Really? Would you like some apple punch? My aunt Cara makes the best punch in the world.”
“I’d really like that,” he said with amusement in his eyes.
Brooke hurried about the kitchen pouring the punch despite the weight of the jar, giving the guest royal treatment like she did for any other guest if they ever had any. For Brooke, this was a big occasion.
And Cara indulged her. They almost never had people come over and it tugged at her heart to watch the little munchkin zip across the kitchen to get a glass and tray.
“Do you want some cake to go with that?” Brooke asked breathlessly as she flitted around the kitchen like a butterfly, her long dark braid behind her.
“No kitten, Mr. Reynolds is watching his weight,” she said with warning in her eyes and Brooke handed him the tumbler of apple punch, before burrowing close to Cara’s side.
Nathan didn’t take his gaze off Brooke and Cara.
She noticed and felt discomfited by his scrutiny. She patted Brooke’s bottom. “Can you go watch TV? Mr. Reynolds has something to discuss with me.”
“Erica’s daughter?” he asked as he sipped the punch and liked it as he quickly took another gulp. “What’s her name?”
“Brooke,” she said, bundling her papers into a file. She could feel his gaze spear her, but she avoided it. “Is there a reason why you’re here?”
“It looks like you’re going to be picked for the project. Kerry seems to think you’d be the best fit.” His girlfriend’s name rolled off his tongue smoothly and she felt a slight stab at her heart.
“So?”
He cleared his throat, “I wanted to know if it’s going to be a problem.”
“Why would it be a problem?” she said lifting her chin in defiance.
“With our past…”
“Is history.” She finished for him. “And it stays there. Now if you have nothing more to add, I’d ask you to leave my house and never set foot here again.”
Nathan’s gaze hardened. He downed the rest of the punch and put the tumbler down on the table.
“Really Cara? Look at this place,” he glanced around in disgust. “Is this what you chose for yourself?” His eyes raked her from top to bottom in disgust. “A botany lecturer, scraping together what little she can to live in this tin shed.”
“That’s not a very nice thing to say,” Brooke countered as she stood in the corridor.
“Brooke love, adults are talking,” Cara said and waved her off, but Brooke was having none of it.
“He doesn’t sound like a nice adult,” Brooke said coming to her side.
“Looks like you’ve got your aunt’s genes, haven’t you? For what it’s worth Cara, I hope you’re happy with what you chose for yourself. You could have done so much better.”
He paused and Cara took the opportunity to say, “Maybe I’m not going to work for you, after all, Mr. Reynolds. Goodnight and drive safe.”
He stormed out and not long after he left did she peel off Brooke’s prying hands around her neck. She sought comfort in her kid soft hair and innocence. For what it was worth, she was happy. She didn’t have the picket fence or the perfect home, but she had the gift of Brooke and she wouldn’t exchange it for anything.

Malachus Lonsdale has a secret. He's a grim reaper who ferries souls to the underworld. To keep one such secret he marries Dara, his best friend's sister.

Dara Lonsdale doesn't know why she's been unceremoniously dumped at Redwood Meadows on her wedding night. After three years, she decides she's had enough and storms into her husband's home in Calgary. She's proving to be determined by her brazen attempts to win back the Reaper's heart…by any means necessary!

“How many times must I repeat myself?”
Her eyes shone with tears. “Give me a chance, Malachus. Let’s make this marriage work. Whatever misconceptions you have of me, I’ll work to change them. I don’t want to be the mistress at Redwood Meadows, I want to be the mistress of Woodside too, and be here with you.”
His eyes burned into her as she stared up at his face. She trembled under his gaze as he perused her from head to toe, briefly pausing at certain parts of her.
“Do you know what it takes to be a mistress?” His eyes darkened as he asked mockingly. His fingers lightly flickered over the bow ribbon of her blouse.
His face was a hair’s breadth from hers. She swallowed and suddenly became aware of him, her mouth felt dry and her voice a whimper. “I’ll do whatever it takes to be your wife.”
He studied her a moment longer before demanding silkily, “Take off your top.”
Her hand flew to her throat, her fingers skimming over the ribbon. She glanced hastily around. “Here?”
“It’s only us. And if you’ve truly heard of my reputation then you would know I don’t mind it in any position or surface.” He jerked his chin toward her. “The top, Dara. Stop wasting my time.”
At that moment, she despised him almost as much as she had when he’d banished her at the Redwood estate.
She told herself she wanted this. How dare he treat her like one of those one-night stands. She’d expected some tenderness but this was humiliation.  She raised her head defiantly, met his cold stare with one of her own, commanded her fingers not to tremble, and slide a button through the hole. Then one by one she popped each button. The chill of the air hit her skin and she gasped as he drew near. She could smell another woman’s perfume on him and at once she wanted to cover herself, feeling guilty about so wantonly offering herself to him. Tears threatened but she shook her head. She would not fail.
She would do anything to start afresh. He held her gaze even as he bent down and placed his hot, moist mouth at the column of her long neck. She didn’t move even though her pulse galloped underneath.
Dara had a point to prove. He would see she was not the naïve young woman he’d married. For three long years, she’d not only managed Redwoods Meadows but had turned its scrap wood workshop into a full-fledged business. With her master’s degree, she had the knowledge and the skills to be a businesswoman and heaven help her, she had succeeded.
Redwood had been floundering in waste and disrepair. She was the one who saw to its restoration. Yet, he didn’t even have the courtesy to thank her—the ingrate. He raised his head, without taking his eyes off her. His finger trailed down, over the simple black bra she’d worn. She hadn’t planned for seduction. Her fingers stopped at the third button, her bra peeking.
Then his eyes slowly left hers as his hand grazed her skin. Her breath hitched. His own breaths were shallow and rough. Her hands reached out to his waist as his fingers grazed the still covered peak. This time she moaned.
How could he just touch her and set her on fire? His fingers moved slowly up, then back down, across one way, then the other. “Dara, is all of you this tempting?”
Their eyes clashed, and to her mortification, the heat of passion consumed her. Were his eyes glazed? Yet, something about his tone indicated it wasn’t passion. He wanted to punish her. She was certain of it.

Pamela Q. Fernandes is an author, doctor and medical writer. Pamela’s first romance novella was selected for publication in 2013. Since then she’s been happily writing romance, women’s fiction, speculative fiction, and Christian nonfiction.
She also hosts the Christian Circle podcast where she has conversations with everyday Christians about their own solutions to life’s problems. Pamela loves traveling the world, baking brownies and learning the piano.

You can find out more about her at her website: https://www.pamelaqfernandes.com

at February 27, 2019
Email ThisBlogThis!Share to TwitterShare to FacebookShare to Pinterest