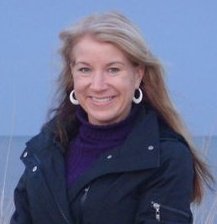 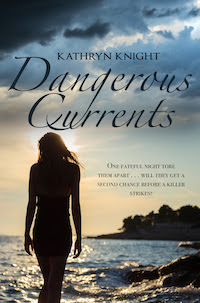 When a costly mistake ends Malorie Montgomery’s career, she returns to Cape Cod in search of a fresh start.  But her plans for a new—and quiet—life are quickly derailed when she makes a grisly discovery in the woods, and her screams bring the one person from her past she’d hoped to avoid.  Dean Slater, the ex-boyfriend who broke her heart in high school, now lives in the beachfront community that was supposed to be her haven…and he’s just as hot as he was six years ago.
With his rough background, Dean always knew he wasn’t good enough for the kind, intelligent beauty who claimed his heart, but somehow, he’d believed their love was strong enough to survive anything—until the tragic night she turned her back on him when he needed her trust the most.  Despite their painful history, Dean can’t resist the instinct to protect her, especially when it becomes apparent there’s a killer in their town.
Their former chemistry soon reignites, but Malorie has long accepted that her dark family secret has destined her to a life alone.  And when she uncovers evidence that makes her the killer’s target, a deadly confrontation threatens to destroy any possibility of a second chance.

He took a step closer, eliminating the small distance between them.  “I wasn’t about to let him hurt you.”  He paused, his strained expression revealing an internal struggle.  Clenching his jaw, he closed his eyes for a moment.  When he opened them, their green depths flashed with something like defiance, and he cursed under his breath.  “The thing is,” he finally continued, his tone rough with barely harnessed emotion, “I still feel…protective of you.  I want to keep you safe.”
Her lungs stopped working.  Alarm bells jangled in a distant part of her mind as he leaned over her.  This was dangerous.  She was dangerous.  Swallowing past the knot in her throat, she forced the words out.  “You don’t need to feel that way.”
His hands gripped her shoulders, setting her skin on fire.  He lowered his head, bringing his lips inches from hers.  “I don’t think I can control it.”
She couldn’t move.  She simply didn’t have the willpower—or the desire—to stop this from happening.  Every cell in her body was clamoring with need for him; it was a force of its own.  All coherent thought fled as the moment stretched out in an agonizing slide toward the inevitable.

Four years ago, Emily Shea and Staff Sergeant Brett Leeds agreed to part with no strings attached. Sparks flew during their brief affair, but fate intervened, sending Brett overseas. When an unexpected pregnancy derailed Emily’s own plans, her attempts to locate Brett were soon overwhelmed by the challenges of single motherhood. Now, Brett has returned home, and Emily is forced to share her secret.
Despite feeling betrayed, Brett is determined to forge a relationship with their son, Tyler. As the former lovers battle both their inner demons and their mutual desire, another presence enters their lives—Tyler’s imaginary friend.
Soon, however, the chilling evidence points to a different conclusion: a ghost has formed a dangerous connection with their son. Emily’s attempts to help both a lost soul and a friend in need spiral toward a deadly confrontation and Brett must race to save Emily before he loses her again—forever. 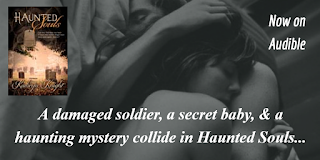 She closed the fridge, and suddenly Brett was standing right behind her. His hand closed around her wrist and he pulled her toward the office, the rough pads of his fingertips pressing into her skin.
He closed the door partially and led her into the middle of the room. Pain blazed in his eyes as he turned to her. “I need to apologize to you. I’m sorry I didn’t believe you. On some level, I didn’t want it to be true for selfish reasons. I don’t know how to protect you two from a ghost. Protecting people is my job, and all my training is useless right now.”
He was apologizing to her? After everything, she’d done to him? The realization scraped her insides raw. “It’s okay, Brett. I get it. And we’ll figure this out, somehow. I just have to keep at it. There has to be more information out there—libraries, historical societies, maybe even some local history buffs. There are tons of cemeteries on Cape Cod. She could be in another town, or a little family plot. There has to be a record of her somewhere.” She tipped her head toward the computer. “I just have to search harder.”
His gaze followed her gesture, lingering on the desk. “This room brings back some memories.” He touched her upper arm, trailing his fingers downward in a slow, agonizing caress. Stepping closer, he moved his other hand to her hip.
What was happening? She struggled to catch up to this sudden shift of reality. Not only was he touching her again, he was referencing their sexual exploits—a previously forbidden topic, according to the unspoken rules.
Her pulse skittered as she gazed up at him, speechless.
He pulled her closer. “I want you. Every…single…second…of the day.”
Breathe. “It’s the same for me.” His mouth hovered above hers, taunting her with unbearable anticipation. She rose onto her toes, reaching for his neck, lifting herself up to him, until he captured her lips in a devastating kiss.

at March 21, 2019
Email ThisBlogThis!Share to TwitterShare to FacebookShare to Pinterest