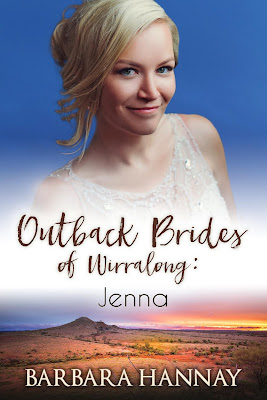 Can she keep a safe distance?


Jenna Matthews is a city girl, no question. Despite a childhood spent in the Outback, she's committed to her fast-paced life and the competitive world of corporate law. When her best friend asks her to be bridesmaid, Jenna finds herself in Wirralong and wildly attracted to the best man. A fling? Why not?
Dangerously sexy Sam Twist runs his vast family sheep property and is as keen as Jenna to keep their relationship at fling status. Then the authorities turn up on his doorstep and Jenna jumps in to help despite Sam's protests.
She soon learns that after years of drought, there are others in the district who need her skills. Her dilemma? Spending too much time around Sam is perilous. He could rob a girl of her heart. 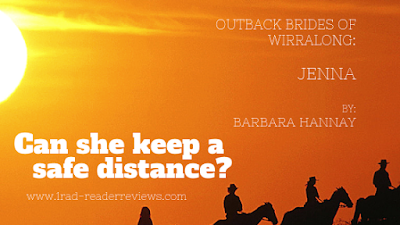 Leo . . . how could you live such an ordinary, respectable life and then leave me with such a mystery?

A year after her husband Leo's death, widow Daisy invites her three adult children to join her for a holiday in beautiful Venice. It will be wonderful, her chicks under one roof again in their father's birthplace. But is it possible to recapture the past?


Marc's marriage is in jeopardy, but for his mother's sake, he convinces his wife to keep up appearances. Anna's trying to hide the truth about the dismal state of her London acting career; and Ellie, enjoying a gap year and uncertain about her future choices want to avoid family pressure to conform.
Despite the magic of Venice, family ties are tested to the limit, especially when a shocking secret from Leo's past is revealed. Now everything they value about love, family, commitment and trust must be re-examined.
How can one family holiday require so much courage? Will Daisy's sentimental journey make or break them?
From the multi-award-winning author, Barbara Hannay comes a moving and heartfelt family drama about difficult choices and finding happiness in the most unexpected places.

Marc hesitated, twisting the beer glass in front of him without lifting it to his lips. He said, 'I'd really like you to come, too.'
Bronte gasped. Was Marc for real? Did he honestly expect her to front up to his family as if they were still together? As if she hadn't walked out on their marriage? As if she'd never confessed about that night with Henry?
Apparently, the answer was yes. Marc did expect all of the above. He sat very still, watching Bronte with a worried intensity, ignoring his smartphone, instead of pouncing on it as he usually did whenever it pinged with a message.
Alarmed, she tried to think straight, to get her head around this impossible scenario. 'Marc, you know I can't go on a holiday with you.'
'I know it would be hard, but –'
Hard? It was impossible. 'There aren't any buts.' Bronte was firm. Don't weaken now. 'I'm sorry, but you'll have to tell them I won't be there.'
His face twisted in a grimace. 'It would wreck the whole plan.'
'Too bad,' she snapped, her anger welling as she remembered all the reasons she'd walked out on this man. 'You can't do this to me now. It's always the same. Every time I've tried to talk to you about things I want, you've fobbed me off. Just six more months, you say, but nothing changes. You're so bloody selfish.' Bronte's voice had risen during this tirade and she was aware of people at nearby tables turning.
Let them stare, she thought. This was one battle she couldn't afford to lose. She picked up her latte, as yet untasted, and took a sip, annoyed to discover it had already cooled.
'You're right,' Marc said with unexpected humility. 'I've been a selfish prick and I know you're – I know we're –' Pain shimmered again in his blue eyes. His jaw tightened as if he was struggling to hold himself together.
Bronte looked away. She couldn't bear this. Don't weaken.
'Bronte,' Marc said more calmly.
Super-cautiously, she dragged her gaze back to meet his.
'Look,' he said. 'I'm not at all comfortable about asking you to do this. But it isn't for me.'
Stay strong. If she caved on this, it would be like taking a leap into freedom only to find a rope still tied around her waist.
Marc continued. 'I'm only asking this for my mother's sake. She's so excited about this holiday plan. On the phone, she sounded so happy, almost like her old self and if I told her the truth – about us – it would ruin everything.'
Gulp.

(published by Penguin Random House, available for pre-order and to be published August 6th 2019)

Five years ago, my husband and I moved from Townsville, where we had raised our family, to the quiet and peace of the Atherton Tablelands. We think this is a pretty special corner of the world in the mountains behind Cairns in Far North Queensland. We have rainforest and beautiful freshwater lakes on our doorstep, and from our house, a wonderful view over rolling green farmlands.

Depending on the weather, this view can provide clear blue skies, loaded with sunshine, or it can turn delightfully cool and grey and misty. We love it in all seasons and weathers. As you can imagine, our front veranda, overlooking this view, is a great place for me to sit with my husband and brainstorm story ideas. I'm lucky that he's a willing contributor used to my knocking his ideas on the head, while we both "throw spaghetti at the wall", testing ideas to see if they're "cooked".:)  Oh, and our sunsets are divine!!! 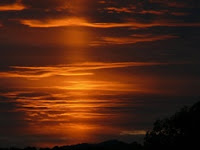 Needless to say, the office where I write is at the back of the house, well away from the distracting views.
When I'm not writing, I enjoy pottering in my country garden, growing both tropical and temperate plants that survive quite well in the highlands.
We've taught ourselves how to make dry-laid steps and we've enjoyed hunting through second-hand shops and demolition yards to find old windows, doors, and shutters which we've recycled while extending our country cottage.
These stained glass windows that feature in our dining room and bedroom are from the old Ayr hospital. We found them in a demolition yard in Townsville. There were six in all!
I write in my novels about "proper" rural folk on vast outback cattle stations, while my husband and I only "play" at being farmers, growing vegetables and raising chooks, although I must add that Elliot has become quite a successful raiser of pigs and his home-smoked hams and bacon are sensational - a big hit with friends and family alike.
The lifestyle seems to blend very well with writing. I feel immensely lucky.
at June 19, 2019
Email ThisBlogThis!Share to TwitterShare to FacebookShare to Pinterest