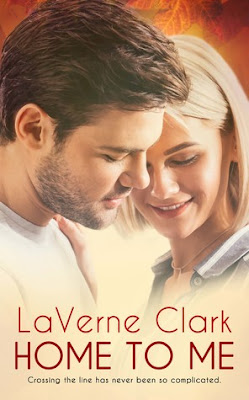 Crossing the line has never been so complicated


Home after years living overseas, Lucy Caldwell makes a shocking confession to her best friend. She could live without sex for the rest of her life and never miss it. She doesn't realize the man she's loved forever is in the bar and overhears her alcohol-fueled admission.
Samuel Merrick is horrified when the passionate "brat" he'd once known declares herself frigid. Upon discovering her emotional scars stem from a traumatic event she tried to bury, he vetoes the girlfriends' dangerous scheme of finding a man to help her rediscover her sexuality, offering to fill the role of lover, himself.
What starts as a no-strings arrangement to keep her safe soon becomes an all-consuming passion neither of them is prepared for. Fire burns out of control between them, threatening the very fabric of the friendship they hold so dear. Once the ashes have cooled, will there be anything left to salvage? 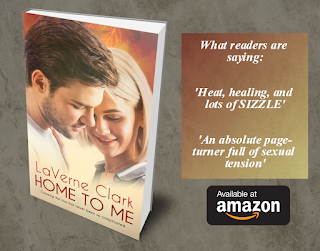 Sam sat down, his back to the log, and shook his head, his arms crossed, and legs stretched out before him as he waited her out, a wounded expression fixed on his face, but the sparkling eyes gave him away.


“It still stings, you know. I deserve some sympathy after the way I got you out of there.” His eyebrows waggled up and down, his grin wicked. “Wanna kiss it better?”
She wiped her eyes and rolled them. “Dream on, Merrick. If anyone is going to kiss someone’s ass, it’ll be you kissing mine. You’re already in deficit.”
Those grey eyes darkened into smoke as he gave her a lazy look from under his lashes. “I’ll look forward to that.”
The laughter evaporated in her throat, and she let out a strangled sound as she tried to swallow, the lust scorching through her system with a vengeance, blazing into an inferno in a matter of seconds. She tore her helmet off and sank to her heels beside him.
“I wish you wouldn’t keep teasing me like that, Sam.”
“Oh, I’m not teasing,” he murmured, his lids lowering until his lashes shadowed his cheeks. “I figure if I get you all hot and bothered, you’ll finally give in to what we both want and jump me.”

In the wrong hands, Jenna Thomas's legacy could be a curse--in her mind it already is.

As a child, a routine x-ray awakened an abnormality in Jenna’s DNA, giving her the ability to “call” creatures and take on their attributes. Labeled a freak since then, Jenna’s learned to keep everyone at a distance. But all that changes the day she saves a young boy from drowning and the story goes viral.

Nick Hawke, an off-duty policeman, witnesses’ part of the drama. Captivated by Jenna’s exotic beauty, he decides to investigate, not sure what to believe. Jenna puts his cynicism to the test--even as the attraction between them grows.

As word of her extraordinary rescue spreads, a dangerous man who will stop at nothing to control Jenna’s abilities draws near. With her feelings for Nick putting him in danger too, can Jenna risk everything to protect them both? 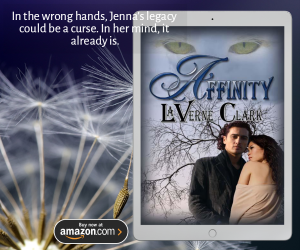 “Back off everyone, give us, room,” boomed Nick with authority. Everyone took a step back. An attractive woman holding a microphone stepped into the created space. Her phony smile flashed teeth like a shark. Circling, she came in for the kill, her cameraman capturing the moment.
“Are you the lady who jumped in to save the boy? What made you do something so heroic? Witnesses say you were under for over ten minutes. How is this possible?”
The questions fired at her like a volley of bullets. Jenna flinched as each one hit its mark. She couldn’t answer honestly without sounding like a freak. So she said nothing, burying her head into Nick’s chest. His arms tightened around her. The subtle turning of his body shielded her from all those eyes.
He pitched his voice to address the crowd. “It’s been a traumatic event for everyone involved, and as you can imagine, it’s not over for us yet. We’ve no comment to make at this stage, so please, give us some time to come to terms with what’s happened. Thank you.”
“Could you at least give me a little snippet, Sergeant Hawke?” pouted the reporter, pushing her chest out and fluttering her lashes.
Jenna’s spine went rigid. A sick feeling of dread settled in the pit of her belly.
Police. Nick is a policeman. Dear God, I’m in trouble.
Her head pounded and her hands shook. His arm tightened when she tried to pull away, holding her firmly in place. Any other person she could have fobbed off. Now she understood his aura of authority, his all-seeing gaze, and concern at the thought of a child left alone in her car. He would be relentless uncovering the truth.

at June 13, 2019
Email ThisBlogThis!Share to TwitterShare to FacebookShare to Pinterest