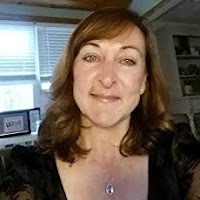 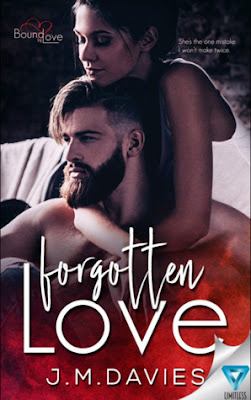 I'm an ex-Navy SEAL. A wounded warrior with a hard-ass exterior and a checkered past to match. All I care about is my outdoor survival business-teaching others the skills they need to survive in the face of danger.  But fate has a wicked sense of humor.  From out of nowhere this brunette-beauty with the easy smile and doe-eyes walks into my life...and it's not the first time.  Summer doesn't remember me. But she's the one I can't forget. I know that she's in danger, and I'll gladly give in to every protective instinct I have when it comes to keeping her safe.  There's a reason fate sent her my way for a second time.  Only, this time...I won't fail her. Not again.

“Babe, open the door. I don’t care if you’ve been sick. Just open up.”
He leaned his forehead against the door with his palm flat. A short click and Summer faced him. Thick black smudges lay beneath her eyes, and her cheeks were paler than normal. She wiped her mouth with her hand, and he stepped back to let her pass as she headed for the sink. Bending over the white porcelain bowl, she ran the tap, splashed her cheeks, and wiped off her makeup, but slid him a sideways glance.
“Are you stalking me?”
Leaning his arm against the wall as he studied her, he smiled a little. She was standing and coherent, so not too bad, but testy, and emotional judging by the tears.
“Nope, not my style, Summer. I’m with friends, and yet, here you are in trouble again.”
She pressed her hands on the sink and rocked on her heels, sucking in the air. Summer let the tap run and ducked her head to drink the water, swishing it around her mouth before spitting it out. He smiled at her performance as she held her hair to the side, drinking. Her pale skin glowed, and he saw the curve of her breast as she dipped low in the red dress that clung to her every fuckin’ curve. Switching the faucet off, Summer lifted her head and wiped her mouth with her hand.
“I’m feeling a little better now. I rarely drink, but tonight, I’ve had too much.” She pressed a hand to her forehead. “I don’t know why I’m telling you this.”
Pushing away from the wall, Rafe trudged several steps to stand behind her, studying the picture they made in the large rectangular mirror. Even now like this, she stole his breath. Rafe pressed his hands down on her shoulders, making her jerk her head up. Staring at Summer in the mirror, he watched as her eyes rested on him, and pink spots appeared on her cheeks. His touch affected her, and as he studied the pulse that beat in her neck, it rose.
“Why tonight?” 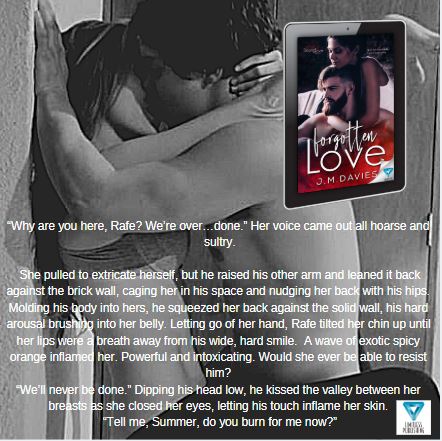 Ella Masters’ soul is five hundred years old and, in each life, she has been fatally betrayed by men. This is her fifth and final life, and legend says she must meet her true love, or this time death is eternal. Wanted for the murder of her latest boyfriend and on the run from the FBI, as well as the ruthless group the Elusti, it doesn’t bode well for any would-be suitors. Marcus Drayton has a sixth sense when it comes to knowing people, which has helped in his career as a special agent for the FBI, as well as his previous stint as a Navy SEAL. His latest assignment is to deliver Ella Masters, the Witch, which will give him the prized promotion in New York. After he meets the mysterious Ella and realizes the Elusti are involved, the ghosts of his past force him to seek the truth, making everyone he loves a target. As she runs for her life and freedom, Ella needs to discover whether Marcus is the warrior she needs. And can she trust him with her heart and soul before it’s too late? 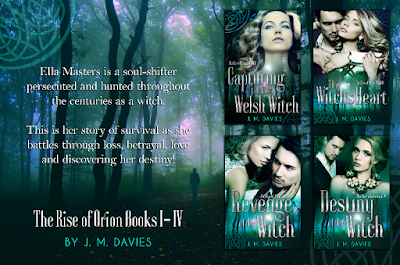 Crawling on her hands and knees over the floor, she checked under the coffee table, the rug, and the fallen magazine rack. As she neared the stone fireplace, slowly a picture formed in her mind of the bracelet: its intricate and delicate crisscross design across the slim band, to the pretty flower shape on top that was inlaid with one large circular diamond and several teardrop diamonds surrounding it. Ella called to it, reaching out to find its location. She narrowed her eyes and then closed them, moving on instinct. The bracelet had been crafted for her by Barnaby who had known who Ella was and what she was before even she did. Now, it was part of her.


A soft steady beat thrummed in her ears and her fingers tingled. She stretched her slim digits forward over the rough and dusty surface of the fire grate, gazing back at the door to the kitchen and her exit before she turned around to continue her hunt. A sharp sting of electricity charged through her, letting her know she was close. Her hand sifted through the soot and rubble; she finally touched a solid object. Ella inched her fingers forward and tightened them over her discovery.
“Gotcha.”
The smug masculine voice boomed close to her ear and her breath caught in her throat. A clicking noise and a distinctive snap brought her out of her frozen stance. How on earth had he caught up with her? She jerked her body forward and curved her fingers around her prize, only to be tugged back. Cold metal jammed hard against her left bony wrist and pulled her away. Snapping her head around sharply, she met Nate’s determined glare.
“I told you if you didn’t behave, I’d use other means.”
Ella watched the boiling inferno of absolute maleness that was Nate spew. Yanking her up off the ground, he quickly applied the remaining handcuff to his solid wrist. Stashing her find in her pocket quickly, she tried to shove him away, but he caught her free wrist to hold her; try as she might, they were shackled together. 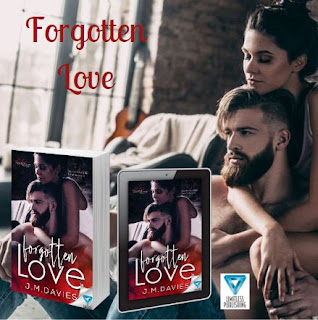 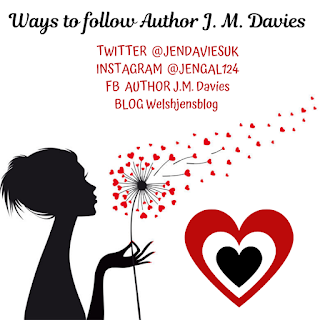 at July 11, 2019
Email ThisBlogThis!Share to TwitterShare to FacebookShare to Pinterest