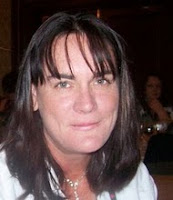 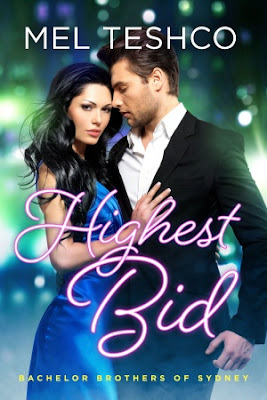 An unapologetic player and a reserved wallflower… one night would never be enough
Galan Black carries a burden he can’t share with anyone, least of all his two brothers. Not even after the blood, sweat, and tears, it took for them to open and make the Black Pearl Nightclub a raging success. He’s just glad his secret doesn’t haunt him half as much in the arms of the eager women he takes to bed.
Yet he can’t stop thinking about the plain Jane bartender and waitress, who he impulsively hired against his better judgment. Then she steps half-naked onto the stage for the club’s once-yearly charity auction, and he can’t keep his bidding paddle down, or his eyes off her. He’ll have her for the night and get her out of his system once and for all.
Layla doesn’t trust men, yet her infatuation with the eldest Black brother is getting beyond a joke. She needs to experience a night in his bedroom and get over her silly fixation. But then one night becomes two, with the heat between them showing no signs of cooling. Until Layla’s trust is put to the ultimate test and dirty little secrets are exposed.

It wasn’t until the fourth girl came out and blew kisses to the bidders that Aiden put in an appearance beside his older brother. He clapped Galan on the shoulder and murmured, “I knew these ladies would get the men bidding.”
Galan nodded. “You selected well.”
Aiden smirked. “Yeah, well, you know what they say. It’s a hard life, but someone’s got to do it.” He arched a dark brow. “Are you planning on making a bid?”
Galan sent him a sardonic look. “I’ll leave that to the paying customers.”
Aiden’s smirk widened. “You’ve got every right to bid too, you know. The highest one is all that counts.” He handed him a bidding paddle before Galan even realized what he’d been given. Aiden winked, “Keep hold of it. You never know, you just might need it.”
Galan stared after his brother, his lips thinning and his arms crossing. One thing he’d always hated—as both his brothers knew all too well—was subterfuge. He liked to be in control. It was less likely for things to go wrong. And right now, his every instinct flailed like a fish that’d been thrown on baking hot sand.
His brothers had concocted something. But if they thought for even one second, he’d bid on any of the women walking out on stage, they could think again. He shook his head. He had more than enough hookups without having to pay for it.
So, what had his damn brothers gone and done?
Wolf whistles and cheers jerked him back to the present, and for a moment his fool heart forgot to beat. His throat dried and his every nerve ending short-circuited as he stared open-mouthed at the sexy, inescapably beautiful woman strutting out on stage on impossibly tall stilettos.
Heart-shaped pasties just barely covered the nipples of her bared, beautiful breasts. A perfect fit for his big hands. Her waist-length, dark hair fell like a curtain around her exquisite body, where a short peacock feather skirt with a feathered train was her only covering.
Denial for a moment left him frozen in place. It can’t be.
But though he’d never seen her out of her men’s T-shirt and black dress pants uniform; never seen her without her glasses and her dark hair out of its bun… it was irrevocably, undeniably her.
“Layla,” he breathed. And he finally understood why she was the one woman in his life who had gotten under his skin like a damn burr.
She was fucking glorious. 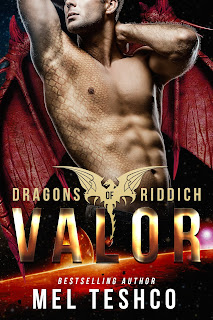 The dragons will search the universe for their one true mate...
As a breeder, Rebel Mayfield attracts Riddich dragons like bees to honey. But to guarantee her next dragon capture, she has no choice other than to lay a trap for sharp-witted, blond-headed Valor. She waits in a dark alley, and when her breeder instincts sense Valor near, she signals to her male colleague to approach and pretend he’s hurting her. Valor falls for the ruse and is so enraged he nearly kills the male operative. Until the Paranormal Detection Agency—Rebel's team—step in and take Valor as their prisoner.
As Valor lays chained on a gurney, his body bloodied and bruised, and the air too frosty to call on his dragon, he dreams of escape along with hundreds of ways to kill everyone in the underground facility. Everyone except Rebel. He’s got a special kind of hell for her. He’ll use her body again and again before taking his ultimate revenge. That it’s Rebel who gives him the opportunity to escape might be her only salvation … but only if she can handle his dragon’s physical demands.

Mel Teshco loves to write scorching paranormal, sci-fi and contemporary stories. Not easy with five cats, two dogs and a fat black thoroughbred vying for attention, especially when Mel’s also busily stuffing around on Facebook. With only one daughter now living at home to feed two-minute noodles, she still shakes her head at how she managed to write with three daughters and three stepchildren living under the same roof. Not to mention Mr. Semi-Patient (the one and same husband hoping for early retirement...he’s been waiting a few years now...) Clearly, anything is possible, even in the real world.

at August 14, 2019
Email ThisBlogThis!Share to TwitterShare to FacebookShare to Pinterest