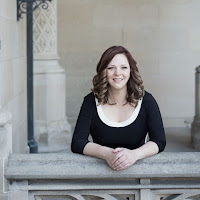 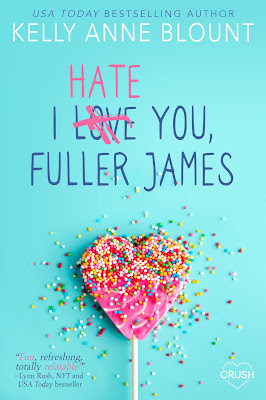 I hate you, Fuller James.


I hate your floppy hair and your lopsided grin and those laughing blue eyes that always seem to be laughing at me.
I hate that you’re the most popular guy in school and I’m still the girl who sneezed and spit out her retainer on someone at a middle school dance. It’s just such a cliché.
I hate that I’m being forced to tutor you in English and keep it a secret from everyone. Because otherwise it might put our basketball team’s chances at winning State in jeopardy, and even though I hate you, I love basketball.
I hate that it seems like you’re keeping a secret from me…and that the more time we spend together, the less I feel like I’m on solid ground. Because I’m starting to realize there’s so much more to you than meets the eye. Underneath it all, you’re real.
But what I hate most is that I really don’t hate you at all.

“Dude, what was that?”
I spun around, making eye contact with Marc. His shirt was still stained from the mashed potatoes Wren had launched at him during lunch.
“Did you get called into Principal Davis’s office?” I asked, trying to change the subject.
Marc chuckled. “Yeah, two days’ detention. I get to serve them during lunch, though, so I don’t have to miss practice. He showed me the video. I totally nailed that freshman with applesauce. Seriously, I wanted to ask him to email me a copy.” He glanced over my shoulder, his eyebrows furrowing in confusion. “Anyways, why are you talking to Wren Carter? That girl hates you.”
I turned around as Wren yanked open the large wooden library doors and stormed inside.
“I’m not talking to her,” I said defensively. Coach’s words echoed in my ears, reminding me I needed to keep this a secret.
Marc jutted his chin out. “I totally heard you tell her she could punish you. Look, I know you and Marissa are on the outs, but how did you go from Haleigh and Lyla to Wrentainer?”
Before I could say anything, the library door flew back open and Wren stuck her head out and snapped, “Are you coming or—” She stopped talking when her eyes landed on Marc. Without another word, she disappeared back into the library.
“Ah, yeah. One second.” My heart slammed in my chest as Marc’s eyes narrowed in on mine. I hated lying to my teammate and one of my best friends.
“For real, are you seriously trying to hook up with her?”
Marc asked, his left eyebrow raised. “Because she sounds like she wants to rip you a new one.”
“She’s totally into me,” I lied. “And she’s kinda hot.” At least that part is true. The words tumbled out with ease.
“What?” Marc asked. “Who are you and what did you do with Fuller James? You do know that we’re talking about Wrentainer, right? The same girl who spit her retainer at me in seventh grade?”
While I didn’t correct him, I never had to lie about hooking up with girls before. In fact, I never had to even try when it came to the opposite sex. Well, except with Wren. But it wasn’t like I’d ever tried to win her over.
“Hello?” Marc asked, waving his hands in front of my face. “Earth to Fuller.”
Straightening up, I pushed back my shoulders and cracked my neck. “My bad, I’m, ah, thinking about practice.” “Okay, but don’t change the subject,” he persisted.


“What’s the deal with you and Wren?”


I shrugged, trying to make what I was about to say as nonchalant as possible. “We have study hall together, so I figured after she did my math homework, I’d give her some one-on-one Fuller time. Maybe break-in that AV room in the back. Come on, she’s a hot nerd who’s never even had a boyfriend.” I clicked my tongue and winked. “We’ll be making those stacks shake in no time.” The words came out before I could stop myself, and I immediately regretted them. Even though I was being a complete dick, I desperately needed Marc to buy my excuse to hang out with Wren.
“You are so full of it,” Marc responded.
Puffing out my chest, I stood my ground. “What, you don’t believe me?”
“Nope,” my teammate responded, shaking his head. “There’s no way you’d go after a girl like Wren. Plus, she literally hates you.”
I could feel my heartbeat ringing in my ears. “All right then, I’ll prove it.” 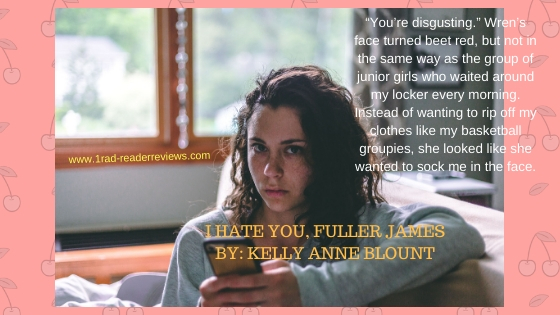 The Wattpad success finally as a book! Amazon bestselling author and Watty Award winner Kelly Anne Blount presents a breathtaking psychological thriller with I'm coming for you, sister. An absolute must-read for fans of subtle horror!

For Abriana, what should be a romantic evening turns into a real nightmare. Tied up she wakes up in the trunk of her blind date Easton Pierce. Her kidnapper takes her to a secluded hideaway in the middle of the forest and holds her there. Abriana quickly realizes that the kidnapping is not just the act of a disturbed stalker. Easton appears to be working with an unknown person in the background who wants to see her dead at all costs. But Abriana does not know that there is someone behind this person who is close to her ...

at March 19, 2020
Email ThisBlogThis!Share to TwitterShare to FacebookShare to Pinterest