I owe Lynnette a HUGE
Sorry!!!
When I originally ran this review I slaughtered her name royally.  I can’t say sorry enough times.  I had it right but where it counted in the title.  So this my way of apologizing by rerunning it so you the reader can get it right and for sure I can too.  I found it do to a computer malfunction and now I feel blessed it did.  J  Here you go…

Can you believe it?
Lynnette Austin
She’s here!!! 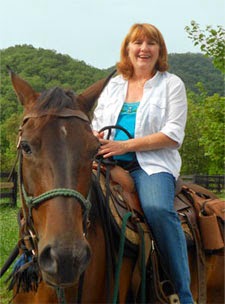 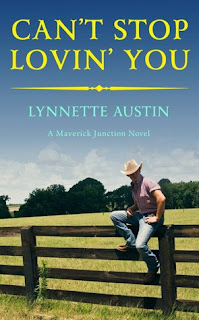 Rad-Reader:  Why did Brawley really break up with her in the first place?

Lynnette:  Brawley’s reasoning is really three-fold. First, he was nineteen years young. Second, when he hit college, a whole new world opened to him. Having been raised in a small, small town, he found the opportunities nearly overwhelming. His biggest reason, though? Concern for Maggie. She wanted to be a fashion designer. She wanted to attend school for this. He believed she’d give up her dream to be with him, and he didn’t want her doing that.

Rad-Reader:  Why did Brawley stay away so long before he came back to get her after college?  He told her not to wait, then he is gone so long before come back for her…

Lynnette:  Again, there were several reasons, really. He simply got caught up in the day to day life he was living. Like so many, he knew he wasn’t happy. But it takes a lot to actually do something about our situation. Doc Gibson was Maverick Junction’s vet and had been forever. He’d also been Brawley’s mentor. Maverick Junction is a very small town; there was no need for two vets. Now that Doc is getting up in years, he needs help. The time was right.

Rad-Reader:  Brawley had obsessed with thoughts of Maggie but never came back so why the poor me attitude?

Lynnette:  He’d moved on. Yet part of him was always with Maggie. Because his family still lived in Maverick Junction he often came to visit. He attended all the important events in Maggie’s life. We all tend to be a tad egocentric. Brawley is no different. Because he went home so often, he knew Maggie’d given her heart to no one else. He’d assumed therefore—incorrectly—that when he decided to return, Maggie would be waiting for him.

Rad-Reader:  Why didn’t Maggie go off to design school like she planned?  It had to be more than he secret?


Lynnette:  Her grandma Trudy died. Maggie went to Lone Tree to live with Grandpa Fletcher so that he wouldn’t be alone. A few months turned into a year, a year to two, and she decided that, rather than go to school, she’d open her boutique.

Rad-Reader:  Maggie never dated, was that because deep down she was really still waiting for Brawley to come back, even though she said she stopped waiting a long time ago?

Lynnette:  Yes, Brawley was her measuring stick for all others. A part of her had never really given up on him.

Rad-Reader:  Cash and Ty had to have told Brawley that she didn’t go to design school so why didn’t he come for her then?

Lynnette:  Because Brawley came home occasionally he did know, yes, that Maggie hadn’t gone to school. But she’d opened her shop and seemed happy. He fooled himself into believing he was happy, too. And then one day he woke up and realized he wasn’t. He needed Maggie in his life. With Doc Gibson getting ready to retire, the time seemed right to return home.

Rad-Reader:  What do you think Cash and Ty really thought when Brawley never came back for Maggie?  Especially, since Cash is the one that had to clean up after him and watch her cry it out?


Lynnette:  Neither of them was happy with Brawley. You’re right. Cash is the one who did the heavy lifting when Brawley ended his and Maggie’s relationship. Ty, having lost his wife, realized how incredibly precious love was, and hated that his friend had simply thrown it away.

Rad-Reader:  Why did Maggie feel such a need to protect Brawley with her secret?


Lynnette:  If he could have changed things, she’d have shared. At this point there was nothing he could do. It haunted her. She didn’t want it haunting him, too.

Rad-Reader:  Needed a score sheet of players since I had not read this series before so when they mentioned some of the characters.  Who was this guy that Brawley helped Ty beat up that came after Sophie?

Lynnette:  Sophie had dated Nathan for a while in Chicago. After she broke it off, he began stalking her and the situation turned violent. This is something that occurs, unfortunately, in real life.  Rad-Reader: All to scary our daughter who is only 13 has been the subject of bullying and it is not a pleasant thing so stalking has to be even worse.  Laws can only do something after they injure or kill.  Crazy scary.

Rad-Reader:  Why did it take Brawley so long to go for the HEA and for Maggie to “Let it go”?  Was it maturity?


Lynnette:  Both of them had finally reached a place in their lives where they were ready for that HEA. One of the main conflicts in this book was that both Brawley and Maggie had very concrete goals, and both were very passionate about them.  Brawley’s took him away from Maverick Junction. As he realized that Maggie was really the ultimate dream for him and headed for home, her dream was about to take her away to New York City.

Rad-Reader:  What 3 words would you use to describe Brawley?

Rad-Reader:  If your book was made into a movie who would you want to play Brawley? 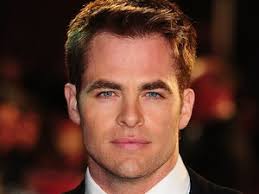 Who would you want to play Maggie?

Lynnette:  Emma Stone with her hair long and red, not the blonde Emma we sometimes see. 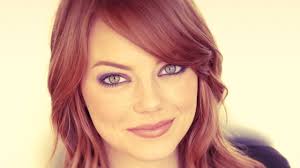 Rad-Reader:  How can our readers find you and keep up with you?

Lynnette:  They can find me on-line at:

Rad-Reader:  Do you have any new books in the works?

Lynnette:  I’m working on a new series set in Trails End, Texas, about two brothers and their sister. It’s hard to leave Maverick Junction and my friends there, but I’m looking forward to these stories, to finding out what Wade, Cole, and Jennilee Chisholm have in store for us.
Tall, Dark, and Cowboy, a special six-book boxed set, releases June 3rd, and includes my Somebody Like You along with books by Katie Lane, Ruth Ryan Langan, Molly Cannon, Laura Drake, and Erin Kern.
August 5th, the paperback version of Nearest Thing to Heaven, the second book in my Maverick Junction series, will be released.


Thank you so much for having me as a guest today! 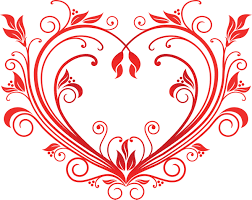 About Lynnette Austin
Lynnette Hallberg grew up in Pennsylvania's Alleghany Mountains, moved to New York, then to the Rockies in Wyoming. Presently she, her husband, and her Siamese cat divide their time between Naples, Florida's beaches and Georgia's Blue Ridge Mountains. She has a Master's in Educational Leadership and taught middle school language arts before leaving it to write full-time. A lover of books, Lynnette loves to read and write and loves nothing better than to lose herself in her characters' world. Besides reading and writing, she loves to travel. She's visited all fifty states with the exception of Alaska. She's traveled extensively throughout Canada, Mexico, Europe, Africa, and Central America---always on the lookout for new characters or a new story. 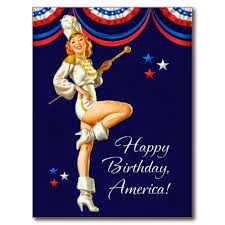 at July 04, 2014
Email ThisBlogThis!Share to TwitterShare to FacebookShare to Pinterest