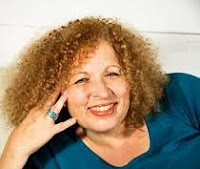 We are
reviewing & interviewing
her on: 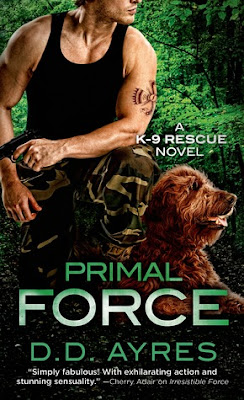 Passion is always worth fighting for…

Jori Garrison trains dogs for Warrior Wolf Pack, which provides service animals for disabled veterans. Four years ago, she was wrongly convicted of a crime—thanks to her no-good ex-fiancé. Now she just wants to live her life in peace with her beloved dogs. No men, no complications. But it’s hard to play it cool when a lethally hot male is on her tail—and the attraction is fierce, mutual, and dangerous…

Lauray "Law" Batisse is a Military Police veteran who was wounded in Afghanistan. Haunted by the loss of his K-9 partner in combat, he’s reluctant to accept a service dog named Samantha into his life. But once he meets her trainer—the gorgeous Jori Garrison—he can’t fight his primal instincts. And neither can Jori. This sexy alpha male might be the only man strong enough to unleash her desires. And when unseen enemies start hunting them down, he and his new K-9 partner might be her only hope… to survive. 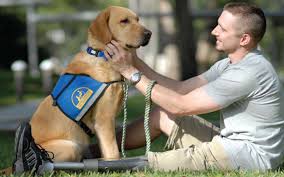 
Jori Garrison is a dog trainer for a center that trains service dogs. This story is a little different in that the vet Lauray Batisse was a K-9 officer before going into the service and was also military police in the service and worked with his own dog. While he was in Afghanistan he was attacked and his dog was killed and now having a new dog is hard for him to get used to along with losing a leg. He is also working on wanting to get back on the force but it is taking more time than he was expecting. Jori is helping him with the dog that he wants to give back but the dog does not want to leave and then they also have a bound and are trying to work things out when she tells him about her past. They then find out that they are both after the same company or same man who happens to be a criminal. This was a very good story and for me a little different than her other two books that I read even though they are all about dogs this one went into a little more detail. A good book. I got this book from net galley.  I give this 4 stars.

at October 08, 2015
Email ThisBlogThis!Share to TwitterShare to FacebookShare to Pinterest