WELCOME BARBARA LONGLEY AUTHOR OF: "THE TWISTED ROAD TO YOU" 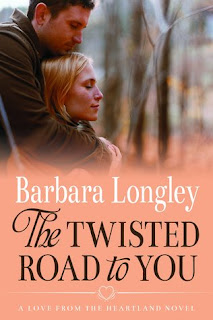 She choked out a laugh and pointed to her swollen face. “You can see what happened with the last guy I trusted.”
“I understand,” he said, his voice gruff. “I haven’t been so lucky in the trust placing department myself.” His mouth tightened into a hard line, and his Adam’s apple bobbed again. “But you can trust me, Carlie. I swear that I will do everything in my power to keep you and Tyler safe.”

Rad-Reader:  How did you come to write about this storyline?

Barbara:  The series began with an associated press release I read a few years ago, about a convoy of US Troops who were accompanying Iraqi officials to Mosul, a known hotbed of insurgents. They were hit by a roadside bomb and lost five soldiers. That got me to thinking about how difficult it would be to survive something like that while your buddies didn’t. Then I began doing a lot of research about the issues facing our returning veterans. I wanted them all to have their happily-ever-after, even though we know that isn’t always the case. Suicides are at an all time high for our veterans.

Rad-Reader:  Wesley Holt was a tortured soul as were those that he worked with.  How did you come to lumping the ex-wife’s betrayal in with the PTSD?

Barbara:  Each issue my veterans have dealt with are actual researched events that occur on a daily basis. Many of our troops get a “Dear John” letter while deployed, which adds to their stress and causes depression. Wes was dealing with that betrayal during a critical mission that went bad. His wife’s betrayal didn’t cause his PTSD, but it certainly didn’t help matters.

Rad-Reader:  Why was it so hard for him to detach the two events from one another?

Barbara:  Transference is a thing. Emotional triggers often cause a ripple effect. PTSD actually alters brain chemistry, heightening stress reactions to stimuli. Did I mention my daughter is a clinical psychologist? She is a major research resource for me! She did her masters on PTSD, and her PhD dissertation on a related topic.

Barbara:  For individuals coping with PTSD, nightmares are common. For whatever reason, for many individuals, nightmares happen more frequently during the nighttime, and they find it easier to sleep during the daytime. I’ve also read that blood pressure medication lessens the frequency of nightmares.

Carlie always had a smile for Wes. She was intuitive enough to recognize his need to sit with his back to the wall and facing the door. There was also a physical attraction between the two of them. Routine is important for individuals coping with PTSD, and Wes could depend on Carlie for what little he was able to let in where she was concerned. That smile, their attraction, his same table every morning that she reserved just for him . . . he needed that as much as she needed his quiet, gentle strength and presence every morning. They were made for each other, but it took a crisis to put them together where they belonged.

Rad-Reader:  What prevented him from at least trying to make friends with her?  He had several women as friends.  Why not Carlie?

Barbara:  Well, he worked nights and she worked days for one thing. They didn’t hang out with the same people for another. But more important, Carlie had crawled into a cave of isolation, and Wes had built a concrete bunker around his bruised heart. Both of these individuals behaved in ways wounded people often do. It’s not so easy to let new people in when trust is an issue. Even friendships can seem risky. Wes existed within a circle of fellow vets. He knew them through the VA center, through group and through work. Cory, the heroine in book #3, is Wes’s sister’s best friend, and he grew up with her. Everyone in his circle is familiar, while Carlie is not. As much as he’s attracted, he’s also reluctant, as is she.

Rad-Reader:  Carlie noticed Wes too when he came in as everything her ex was not.  What was so endearing to her about Wes?

Barbara:  Wes is one of those guys who doesn’t have a mean bone in his body until someone he cares about is threatened; then, look out. Carlie has developed instincts when it comes to judging character. Her ex was volatile, unpredictable and violent, while Wes is steady, predictable, compassionate and protective. He’s also a hunk of good looking male, as far as she’s concerned, anyway.

Rad-Reader:  Was Carlie afraid of Wes?  His background in the service, his height, and his PTSD?

Barbara:  She’d heard about veterans in the throes of a flashback or nightmare attacking loved ones, so there was that caution, but fearing him personally? No. He’d been nothing but caring and protective where she and her son were concerned.

Rad-Reader:  Was Wes afraid of Carlie?  Didn’t she have her own PTSD?  Also, her having a child?

Barbara:  He was definitely afraid of her, but only because he feared having his heart broken again. He’d always wanted a family, and he and Carlie’s son connected from the get go. He understood her background and admired her for overcoming her troubled past. He saw her as an amazingly strong woman and a great mom. Both Carlie and Wes are a little older than our typical H/h, and I think that makes a difference.

Rad-Reader:  Why did Wes have his dog and where did he get it?

Barbara:  That’s explained in the book. Wes gave his word to a dying army dog handler to look after his four-legged partner. The dog had died as well, but he didn’t tell the handler that, because the guy needed that snippet of peace. Later, when a retired TEDD was available for adoption, Wes gave Rex a forever home to honor the young man who had died, whose primary concern was the welfare of his TEDD.

Rad-Reader:  Why did Wes work at L&L?  Was he truly hiding his feelings for Carlie for the year that he had first seen her or was he only fooling himself?

Barbara:  Wes worked at L&L because he enjoyed the work and the companionship. He had his pension, but he wasn’t the kind of guy who could sit around doing nothing, you know? Of course he was fooling himself where Carlie was concerned, and he buried the feelings she evoked. As she did for him.

Rad-Reader:  Was Wes going off his instincts to protect, per his training, when he went to go check on Carlie or was it more and he was just fooling himself her too?

Barbara:  He was absolutely reacting on highly honed combat instincts. Remember, Carlie was his constant. He could always depend on her, and when she wasn’t there, his gut told him something was wrong. He knew it in his bones, and he was right.

Rad-Reader:  What song out now would best describe/reminds you of your book?

Barbara:  I don’t have a song for this book, but the hero in book #2, THE DIFFERENCE A DAY MAKES, was entirely based upon a song by Eli Young Band, called War On A Desperate Man. Listen to that song and read the book, or even the first chapter of that book, and you’ll see what I mean. Ryan Malloy is my favorite hero to date. He’s such an onion! Layered, complex, creative and intense. If it hadn’t been for Noah’s sister, Paige Langford, Ryan wouldn’t have survived. He liked his whiskey and he played a game of Russian Roulette a little too frequently. Killed his couch one night . . .

I like this version with Cory Brown so intense. So...

Rad-Reader:  Where can our readers find you online?  (Websites…) 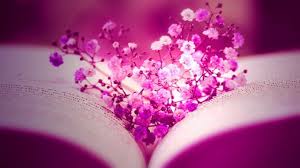 Barbara,
Cannot thank you enough for not only this interview but for this book.  I totally enjoyed it.  It had two intense parts to this storyline but so worth the read.  There was so much to this book you can't even write enough in an review to give it it's props. You are now a part of this crazy family and we are so glad that you chose us as one of the ones to talk to about your book.  Welcome back anytime. Thank you!
Char
1 Rad-Reader Reviews
at January 08, 2016
Email ThisBlogThis!Share to TwitterShare to FacebookShare to Pinterest