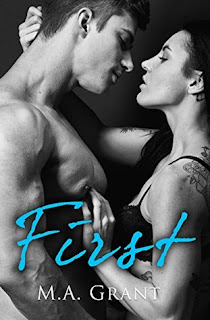 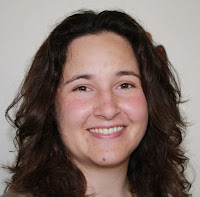 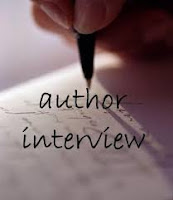 Rad-Reader:  Why this storyline and this genre?

M.A.:  First kind of came into being without my permission. I was between writing projects and for some reason, the breakfast scene between Cat and Dally popped into my head. The only things I really knew about both stories were that I wanted to try to capture the confusion and panic of that first sexual experience, and that I wanted the characters' voice to ring true to what was in my head. It just so happened that New Adult was the right genre for that.

Rad-Reader:  Jake and Cat were close and yet Dallas was the one more invested in Cat’s care and well-being.  Why did he leave so much to Dally?

M.A.:  I like to think of Jake as a bit tunnel-visioned. He takes incredible concern in Cat's well-being, but misses out on a lot of the small day-to-day care that Dally ends up covering for him. He did become a guardian/breadwinner at the age of 19, so he's been stuck in neutral for a while. He never had a chance to develop the skills to move beyond survival mode and that comes back to bite him later.

Rad-Reader:  Maya had a problem with Jake and what she thought about how he treated Cat was it really that way at the beginning or was it truly her projecting from her father issues?

M.A.:  Ooooo...good question. Probably a combo. Maya's always a bit gun-shy thanks to her problems with her father, ​but it definitely didn't help that she got one snapshot of Jake at one of his worst moments.

Rad-Reader:  Was there a book before this and will there be more books about these couples?

M.A.:  There wasn't any sort of book or stories before this one, and as of now I'm not planning on there being any future stories about the couples. It's just a single snapshot of a pretty ordinary moment in ordinary people's lives. :)​

Rad-Reader:  My heart hurt for Dally when Jake called from Texas to see how things were going and he said something about how Dally and Cat being too different to be considered a serious couple.  She being wholesome and him being well not.  What was that about?  Jake was supposed to be his friend.  Used Dally for his own needs, take him away from his own life but he’s not good enough for you own sister?  Low Blow!

M.A.:  Yeah, that one hurt a bit to write too. Part of it is Jake not seeing the signs that Dally's no longer the Dally Jake knew -- the one who had a new girl every night. The other part was finally putting to use years' worth of overheard conversations between brothers I've known and how sometimes simple statements that aren't meant cruelly can hurt the most. Of course, when Jake realizes his mistake he tries to make up for it, but Dally waves it off. Cuz...guys.​

Rad-Reader:  Maya got of busting Jake’s balls.  What exactly was her turning Point?  When she knew that Jake could be that guy she had been crushing on?

M.A.:  I think that the moment in the fire station is when Maya realizes that she's finally met her match. Up until then, it's been easy to write Jake off, but when he finally stops being a gentleman and calls her out on her own issues, she doesn't know how to handle it.

Rad-Reader:  Where were any family (extended) for Cat & Jake?

M.A.:  I had a whole backstory set up for this, but it never made it into the stories. Cat and Jake had very minimal extended family -- grandparents back East in a nursing home, an uncle living in Bangalore, India, and a great-aunt living in Florida. They don't realize how small their family is, or how alone they are, until their parents die. Up until that point, their small unit had been a world unto itself.​

Rad-Reader:  When did Jake notice Maya for the first time?  Vice versa for Maya?

M.A.:  Jake first noticed Maya the day he went to the dorm to chew Cat out. He immediately regretted not keeping his cool in front of the super hot girl. Maya didn't really notice Jake as anything but her best friend's big brother until one of the firefighter BBQs hosted at Cat and Jake's house. It was the first time she saw him relaxed and somewhat happy, which only lasted until their eyes met across the yard. Then it was like old times again.

Rad-Reader:  Dallas & Cat were like a married couple without the sex.  Why was Jake so surprised for one? And for two, why was Jake okay with him and Maya but not Cat & Dally after all Dally did for him?

M.A.:  Why was Jake surprised? Tunnel-vision. Jake sees what he wants and he absolutely, positively, does not want to think about his little sister being with any guy, especially one he's known his whole life. Which kind of leads into the second question...Some part of Jake realizes it's wrong for him and Maya to be together, but he's stuck on how to break the news to Cat. The reason he's so pissed off when he finds out about Dally and Cat is because he doesn't realize how different Dally is with her. He knows all of Dally's previous exploits and, like any ridiculously over-protective older brother, he assumes the worst. Fortunately, once he figures out that Cat and Dally's feelings are genuine, he does right by them both.

Rad-Reader:  I totally loved the contrast between the two stories.  Jake and Maya were more on the serious side where Dallas and Cat were more on the humorous side.  Both were done with depth and merit.  How did you keep it balanced?

M.A.:  I really wish I could take credit for that balance, but I honestly can't. Cat and Dally's story came together without much thought because the story felt so right. Jake and Maya were my sweet nightmare. At first, I was trying to make their story equally light and playful, but nothing was working. Only when I gave the characters the lead and became a scribe to their actions did it finally work. ​

Rad-Reader:  What song out now would best describe your book?
Chris Young: "Tomorrow"
For: Jake & Maya

Rad-Reader:  What is your next project? And when is it coming out?

M.A.:  Right now I’m working on the 2nd book in my SFR series Lawmen of the Republic (no release date set yet). I also have a “for fun” project going involving a con man and the woman who hires him to help her survive her mother’s newest wedding. I have no idea where this one is going, so no set release date for it yet either. :)

Rad-Reader:  How did you start writing?

M.A.:  My parents and grandparents continually urged me to write because they knew I enjoyed it. I’m pretty sure I started with Little Critter fan fiction, but I’d like to think I’ve shown some growth from then...

M.A.:  Escape Publishing has links to major ebook retailers in one spot (http://www.escapepublishing.com.au/author/ma-grant), but most of the ebook platforms offer my books.

Rad-Reader:  Where can our readers find you on the Internet?

Thanks again so much for letting me stop by the blog and answer these questions.

M.A.,
It has been great fun having you here.  I just loved hearing the joy and surprise in your response to being asked to be with us. You were truly amazed at the response this book had gotten from your fans.  Let me tell you it was one of those stories where the characters just grab you.  I was looking at the other books that you write and truthfully I would have to say they would not really be the genre I would read. But there was just something about these four characters that just did it for me.         They were funny and yet there was so much emotion that was laying just under the surface for us to feel their pain. Thank you for soothing my Fangirl and answering questions that I hope our readers will find helpful to them as they read your enjoyable book.  Sorry to say you have just been captured by our gang of misfits and you are now one of us.  Stop by again and say Hi!
Char 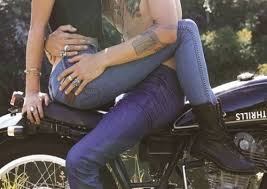 at February 26, 2016
Email ThisBlogThis!Share to TwitterShare to FacebookShare to Pinterest