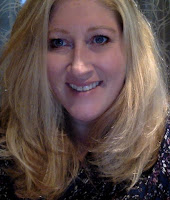 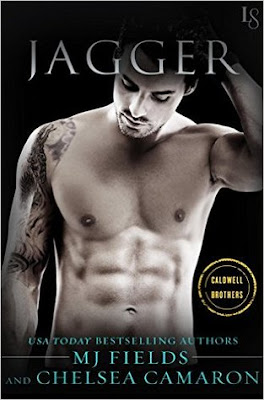 USA Today bestselling author M.J. Field's love of writing was in full swing by age eight. Together with her cousins, she wrote a newsletter and sold it for ten cents to family members.

Her writing has changed a bit. Instead of updating the 'Fields' family, she writes highly emotional and ... steamy romance novels. Her stories are full of authentic, raw, and gritty alpha male characters and the women they fall for. There always seems to be humor and a strong focus on family intertwined.

MJ is a hybrid author who publishes an Indie book almost every month, and is signed with a traditional publisher, Loveswept, Penguin Random House, for her co-written series The Caldwell Brothers. Hendrix and, Morrison, and Jagger are available.

MJ lives in central New York, surrounded by family and friends. Her house is full of pets, friends, and noise ninety percent of the time, and she would have it no other way.

The Caldwell series all are companion books and can be read as standalones.

Book 1
Hendrix
Hendrix Caldwell wants nothing more than to revitalize the family bar—and tear down every last reminder of his no-good father. But business isn’t the only thing on his mind. An explosive encounter with a stranger at a charity masquerade is just the distraction he craves, with no names and no strings attached. For Hendrix, sex is casual, and love is a four-letter word. His commitment is to his brothers, his bar, and his bike. So why can’t he stop thinking about the naughty Cinderella who rocked his world, then left him—and her panties—behind?


Olivia Hemingway knows fairytales are for little girls. Drowning in debt and hiding a shameful secret, she won’t be saved by a knight in tattooed armor, no matter how mind-blowing their one-night stand may have been. Olivia never expects to meet her masked lover again. But when she takes a job at Hendrix Caldwell’s bar, her sexy new boss seems all too familiar. And once the lights go out and the music is turned up, the sparks between them burn hotter than ever. 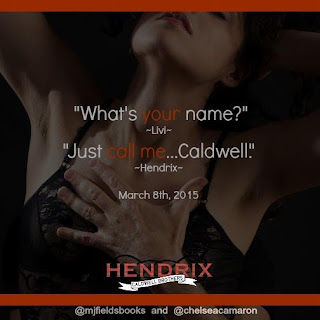 Morrison
For Morrison Caldwell, life is a game of chance. A high roller with a legendary poker face, he’s the wild card of the family, always chasing the next thrill and never staying put for long. The one place that always lures him back is Las Vegas, with its hot tables and even hotter women. He’s perfectly content to live his life as a series of one-night stands. But when a parking lot confrontation with a cocktail waitress takes a naughty turn, she leaves Morrison aching for another round.

After a long losing streak in Sin City, Hailey Poe is ready to get lucky. A steamy tryst with a cocky, mysterious stranger is the kind of no-strings encounter she’s been craving . . . until Morrison Caldwell asks for more than she’s willing to offer. But when Hailey’s controlling, soon-to-be ex-husband tries to take her daughter away, she can’t afford to turn down a helping hand. In this winner-takes-all game, Morrison is gambling with Hailey’s life—and her heart.

Jagger
Jagger Caldwell is no one’s hero. With a reputation busting heads and breaking hearts on the underground MMA circuit, he lives for easy cash and easier women. But when he stumbles upon an all-too-familiar scene, painful memories awaken Jagger’s sensitive side and compel him to act. As a kid, he stood by helplessly as his old man beat his mom. Now, Jagger won’t let seventeen-year-old Tatiana Rand suffer the same fate. Nothing matters except saving her.

Tatiana is a prisoner in her own home, at the mercy of her violent father—until an unlikely savior bursts through her door and into her life. Six-feet-plus of tattooed muscle and raw power, Jagger is no prince charming—but Tatiana stopped believing in fairy tales long ago. Despite their differences in age and, well, everything else, the sexy bad boy sparks a fire that Tatiana never knew she had—and desires that only Jagger can quench. 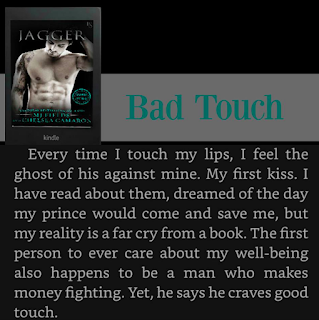 Coming soon (September 20th)
Next co authored release (Standalone character from Caldwell)
Visibly Broken
In a powerful, smoldering novel from the bestselling authors of the Caldwell Brothers series (“Bad boy heroes to die for!”—Tracy Wolff), two tortured souls team up to overcome the past, finding the courage to heal . . . and to love.

Jason “Cobra” Stanley was born to fight. With a father like his, he had to toughen up just to survive. Now Cobra tries to take out all of his frustration, all of his anger, and all of his pain in the MMA cage. But after he receives one too many hits to the head during a match with Jagger Caldwell, the cycle of violence comes to a screeching halt. Cobra wakes up in the hospital, under the care of a nurse whose blond hair shines like a halo—and whose pure heart touches him on the deepest level.

Lorraine Bosch is a fighter too. Having escaped from her own controlling father, she prides herself on remaining professional, despite the chaos of the ER. But Cobra is the ultimate distraction. Lorraine knows she should run away screaming from his rippling muscles and shattered psyche. And yet how can she deny this broken man a second chance—especially since she knows exactly what he’s been through? Lorraine’s used to playing guardian angel. Now it’s her turn to find heaven in Cobra’s arms.

My next Indie release is getting great reviews
27 Truths

Ava Links was raised seeing the different sides of love.
The beautiful and the broken.
Through it all, she knows the journey she is taking will lead her to the man she is destined to be with. The man she has always loved, Luke Lane.

But as we know, there are no guarantees in this world, no promises that cannot be broken, and no way you will know what tomorrow brings.

at July 28, 2016
Email ThisBlogThis!Share to TwitterShare to FacebookShare to Pinterest