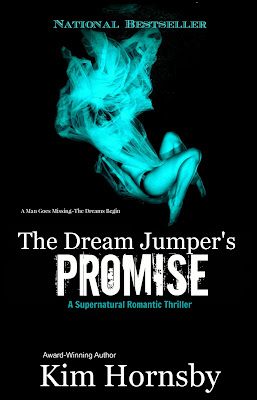 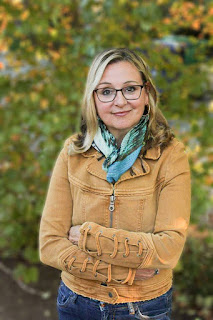 Rad-Reader:  How did you choose which characters were going to be real or dream like?

Kim:    Wow! This interview already sounds like you read the book. Thanks. The dream-like character (one in particular) was an afterthought, added just before I published the book to give the reader a gasp-worthy twist.

Rad-Reader:  Was there some type of other meaning for the octopus in the aquarium in her dive store?

Kim:  I once had an octopus in my aquarium at home on MAUI, where I lived, and had firsthand knowledge of how their eyes follow you around the room. In this book, I wanted the octopus to represent how caged Tina felt in her grief at the beginning of the book and how she needed to set that thing free.

Rad-Reader:  Was Mr. Kim her neighbor someone planned or just added into the story?

Kim:  Mr. T just appeared as I started writing. I’m not sure where he came from but I loved his Japanese proverbs. Neighborhoods on Maui are made up of all kinds of interesting people and because windows and doors are open, you get to know your neighbors in Hawaii.

Rad-Reader:  Did you do a lot of scuba diving?  Those scenes seemed very real.

Kim:  I taught scuba for ten years on Maui so I have thousands of dives under my ‘belt’ and wrote from experience. As a matter of fact, I did a cavern dive two weeks ago off Lanai with a friend and posted pics on my Facebook page.

Rad-Reader:  How did you decide when to bring her parents into the story?

Kim:  My writing process involves some plotting and some winging it. Tina’s parents were a source of conflict and worry for her and as the story progressed to what’s called the Dark Night of the Soul, her parents had to make an appearance.

Rad-Reader:  Was it planned to have the different conflicts in her life all come together at once or was it just the way the story flowed for you?

Kim:  When you study the craft of writing, the evolution of a story should reach a feverish pitch at the ¾ mark and then start heading down the backside to the ending. So yes, I consciously worked to everything piling on her plate at that point.

Rad-Reader:  Do you write an outline first or just characters and then write the story?

Kim:  For this book, I wrote a basic outline but fleshed out subplots and changed a lot in the rewrites. It was my third book ever written so I was still working on my process as I went along. Now, I write full character studies, a basic outline, then start with 20 key scenes. I do a lot of rewrites, fleshing out characters and scenes, adding dialogue and narrative and that seems to work for me.

Rad-Reader:  Was it difficult writing about Tina dealing with her lost husband and now this past relationship at the same time?

Rad-Reader:  Is Dream Jumping something you heard about?  What made you add it to the story?

Kim:  Ha! I thought I made it up. Then, right after I finished the book, the movie INCEPTION was released showing Hollywood’s version of dream jumping.

I hear from people who insist that sharing dreams is actually possible and they’ve done it. What I made up were the intricacies of dream jumping like touching the dreamer, a deep state of meditation, portals, and not wearing metal etc.

Rad-Reader:  How did you come up with Jamey’s background?

Kim:  I made Jamey a soldier when I realized that he had to come from somewhere he was needed, somewhere important, somewhere dangerous for him to go back to. He had to have a big reason for being on Maui for an extended period of time and he needed problems with his ability to help Tina. Book 2—The Dream Jumper’s Secret—delves into Jamey’s tour with Sixth Force.

Rad-Reader:  Did you ever think that there was too much lost for Tina?

Kim:  Yes, I wondered if it was too much but I wanted to present her at the very lowest point of her life. Do you mean was her loss too sad to make her a strong female character? I have worried about her apathy taking away from who she actually is and for that reason I made Book 2 mostly about her kicking ass. Also, the Prequel shows us who Tina was when she and Jamey met and that story brings out her funny, spunky side.

Rad-Reader:  How or what was your inspiration for this story?

Kim:  I am a vivid dreamer. I remember my dreams every morning when I wake. So, when I decided to write a story set on Maui, I found myself writing in strange dreams. Originally the second half of the book went in a much different direction but the dreams just seemed to take over at a certain point and I realized that was my hook.

Rad-Reader:  Jamey’s character had different layers.  Was he someone you came up with at the same time a Tina?

Kim:  People ARE complex with so many layers. Good guys aren’t all good and bad guys aren’t all bad. I wanted to show someone who was basically a good human being but with doubts, fears and needs. Jamey evolved into this amazingly interesting character and has continued to evolve over 5 books playing off what Tina would need, want and accept.

Rad-Reader:  When in writing this story did you decide to add her parents into the mix?

Kim:  Tina is young enough to still care what her parents think and I knew half way through that they’d have to make an appearance. I love the complexity of her mother.

Kim:  I love this question because I have pitched this book to producers in Hollywood. And had interest!

I wrote the book with Ashley Greene in mind (thus Tina Greene) and didn’t have a clear idea for Jamey but Chris Pine totally works!

Rad-Reader:  What song out today best describes the characters in your book or your story?
“Always” – Chris Jackson

Kim:   It’s hard to pick music to reflect a mood or a story!  Maybe?

Kim:  I knew I was in this forever when I completed my first novel in 2007 and then decided to take writing classes (even though I was pretty sure I didn’t need them. Ha ha)

Rad-Reader:  How did you get started publishing your stories?

Kim:  I tried to get an agent for years and that was about as much fun as sticking nails in my foot. I had lots of interest but you had to submit one particular project to them and no one thought my first book was ready for publishing. Then I wrote a second book quickly because everyone said it’s the third book that gets published. I stuck that one under the bed and it turned out to be my most financially successful novel, now on Amazon Prime—Necessary Detour, published by Amazon Encore. When the agent search failed and I realized that self-publishing wasn’t such a shameful second choice, I decided to delve into KDP with Amazon for my third book—The Dream Jumper’s Promise.

Rad-Reader:  What three things would you tell the young Kim if you could go back?

Kim:
1.    Write your series, then publish them within months of each other.
2.    Don’t worry about getting an agent. They are mostly looking for the next HUGE hit.
3.    Don’t spend money going to conferences to be seen. You will be seen better on the internet.

Rad-Reader:  What would you like our readers to know about you?

Kim:  I’m working on the final rewrite of the first book I ever wrote called FORTUNE, about a woman hiding from a stalker husband in Taipei who ends up adopting a baby girl. AND, I’m in the thick of writing a short story Romance for Kindle Worlds in Marina Adair’s World--St. Helena Vineyard to be published in April.

I just launched the Prequel to The Dream Jumper Series, called Girl of his Dream, which you can find on Amazon. It’s a sexy love story with suspense and palm trees.

Kim:  I have a great site at Amazon www.bit.ly/kimamzn

The Dream Jumper’s Promise is also on Barnes & Noble.

Kim:  I tell readers to go on over to Amazon because my author page is loaded with books and info but I also have a web page at www.kimhornsbyauthor.net where you can sign up for my monthly newsletter and be informed of contests and giveaways!

We would like to thank Kim for being with us.  She is always moving, this one.  She is always on the move to one place or another.  She is high energy and full of positive ideas.  It was our pleasure to meet her at conference and we learned so much from her and Christine Fairchild about owning your dream of writing.  Which she has with a passion.
Most of what you read she has done as far as the physical stuff.  It sounds like Hubby really enjoyed this book a great deal by this interview and review.  I am looking forward to reading her contemporary works under her pseudonym Kiki Abbott called “Christmas in Whistler.”  This lady is busy.  She gave us the best advice and said write, write, write.  And well I have been I am working.  On the third book in the series thanks to her so Thank You in more ways than one.
You are now a 1 Rad-Reader Misfit but knowing you Ms. Kim, you will like it.  So, I am very happy to welcome you.
Thanks again,
Char & Pat J

at February 03, 2017
Email ThisBlogThis!Share to TwitterShare to FacebookShare to Pinterest