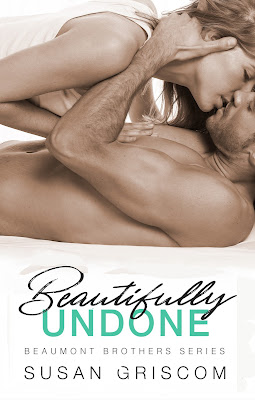 ~SEXY NEW COVER SINCE I READ IT~

He was broken.
Full of hate and sorrow.
Asher Beaumont never asked for much in life. All he wanted was to play his guitar, write music, and be recognized and loved by his father. Unfortunately, that last desire was never realized. The bastard died when Asher was just a kid. Then thirteen years later, his mother dies of a brain tumor, shattering him even more and leaving him hating everyone around him, except for his two best friends, Melody Stevens and her brother, Teddy.
Melody Stevens has crushed on her best friend, Asher Beaumont her entire life. But it's always been a secret passion. Never something she'd act upon. But when she tells Asher she's prepared--and determined--to lose her virginity to a guy he considers to be nothing more than a cad who sleeps with anything that wears a skirt, her best friend offers her a proposition she can't really refuse.
When Asher stumbles across a letter left by his mother before her death, begging him to seek out his half-brothers, he and Melody begin a journey of discovery. Their travels lead them to the two brothers he has spent his life despising because they had the life he always wanted. While on their trip, they discover a miracle they never, ever considered.
A stand-alone book in The Beaumont Brothers series with a HEA for Adults 18+ 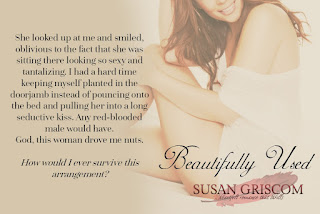 Wow!  What a friend to lover’s book this is.  I really enjoyed this couple because they were two of a trio that had grown up together.  The third Teddy is Melody Stevens’ older brother who is one year older than her and Asher Beaumont.  And Asher is one week older than she is.
But, Teddy after college, which he went away to Arizona, stayed and got a high-power job out-the-gate.  So, coming home other than the holidays was rare.  The trio was lopsided.  Asher and Melody did everything together.  They both played guitar and sang but only Ash performed professionally.  She was there for every concert when she wasn’t working odd jobs.  Since she was old enough for boys to notice Mel.  Ash warned them if they tried any funny business they would answer to him.
Which they all took as ‘she was his!’  The only ones that didn’t know it was Ash and Mel.  Although, Mel has been in love with Ash since they were toddlers.  You see their moms were best friends even though they didn’t move next door to each other until they were in grade school.
Now at twenty-one Ash was facing a tough time his mom just passed and Mel, she knows he needs her, but he’s pushing her away.  So, she leaves him to it, so he thinks.  When she comes to the place, he needed to be and he’s crumpled to the ground she engulfs him.  He knew it was her without even looking and he is so relieved.  He says, “Thank you.”  And that she was right, he needed her.
When they leave there, they go to a coffee house and a guy he hates asks her out and she says, ‘yes.’  He can’t believe it.  He spends most of the night trying to talk her out of it because the guy is a man-whore.  She says good I need to turn in my V-card since you scared everyone else off and I’ve never even been on a date because of my brother and you.  Which absolutely shocked him.  How could that be, he thought?
In all the years of friendship, he never noticed.  See how these two maneuvers through this delightful minefield of losing your V-card, what love really means and how you really define family.  I give this 5 ++++ stars.  Provided by Author for fair and unbiased review.
Follow us at www.1rad-readerreviews.com. 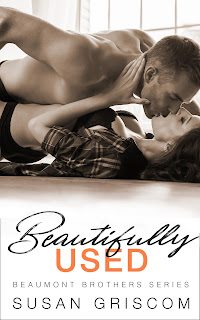 Sex with no strings. That's the way Brodie Beaumont likes it. He uses women and they use him...
Suave, handsome Brodie Beaumont has a history of using and being used by women. A past he doesn't like to talk about has turned him into the type of guy he is today, but he hasn't really cared. Until the beautiful and feisty Gabrielle Demeres comes back into his life.
Gabrielle learned the hard way what type of guy Brodie was the first time she met him. His crude seduction attempt earned him a slap to his face, and Gabrielle wasn't exactly looking forward to another encounter with the cad. Unfortunately, her best friend was marrying Brodie's brother, and Gabrielle and Brodie would be forced to spend time together whether she liked it or not.
As things in the small, quiet town of Turtle Lake take a decidedly dark and dangerous turn, Gabrielle and Brodie only have each other to turn to. Will they be capable of overcoming their aversion to one another while coping with their own troubled pasts and dealing with the current dangers surrounding them? Or is their hostility just skating the fine line between love and hate?
Contemporary Romance 18+ due to adult situations
Buy your copy of Beautifully Used, A Beaumont Brothers stand-alone book 2 today!

The buzz coming from under my pillow pounded in my ears like thunder. I’d set my phone on vibrate, and it was determined to ruin a perfect morning of slumber. I stuck my hand under the cushion, attempting to silence it, but only managed to knock the offending instrument onto the floor. The girl beside me pulled herself into a cute little ball with her knees hugging her chest and her adorable little derriere shoved against my cock. She moaned something about it still being dark outside. No shit. I frowned and rolled over to reach for my phone, unfortunately catching a glimpse of the digital clock on the nightstand in the process. A glaring, red four-fifty-nine assaulted my eyes with brilliance that even Einstein would have been shocked by. Who in God’s name was sending me a text so early in the morning?
I didn’t even bother to pick up the phone and read the message. There was nothing in this world so important at five o’ fucking clock in the morning that couldn’t wait. I rolled back toward the hottie. “Sorry, baby,” I whispered into her neck and showered her with little kisses there, wishing I could remember her name. Casandra, Clarista, Carry? It was one of those C names. Or was it K? No matter. Normally, I was pretty good with names. I’d never once called a woman the wrong name, but this girl had such an uncommon, yet so-close-to-common name I’d had trouble all night long. I finally had to resort to calling her baby or sweetheart. I hated using those terms of endearment because none of the girls I’d hooked up with lately were anyone I’d think of as endearing. “Go back to sleep,” I said, more of an order to myself than to her.
When she scooted tighter against me, moving her hips the way she did, she seemed very endearing to me all of a sudden. I rocked with her, closing my eyes, shutting out the vision of the bedroom I was in with its dark purple and pink walls, complete with massive black and white picture of a nude couple embracing. Lacy, pale pink curtains hung in the window. Not my room. That explained the bright digital clock beside the bed—not something I would ever own. Since privacy at home had become an issue, waking up to find myself in unfamiliar, feminine surroundings had become commonplace.
Cassandra, Clarista, Castalia, or whatever the fuck her name was, let out a sexy moan before turning around and wrapping her hands around me. Stroking and squeezing oh so firmly, just enough to make a guy not only forget where he was but not care. God, it felt so good, but not as good as when she scooted down and her tongue slid over the tip right before she took me into her mouth.
I must admit, my breath hitched as the tip of my cock hit the back of her throat and I caught the slight gagging sound she made. “Oh, baby. That feels so good.” Actually, this Cassandra or whatever was a bit timid in this particular department, but I wasn’t about to complain. Any attempt at a blowjob was better than none at all in my book.
This was my life. I wasn’t complaining. Nope, not at all. Today was starting off much like any other day lately—lazy, with a little romping between the sheets. It got my blood running, and today I needed to be on my game. Today—or tonight rather—I was hosting my brother’s bachelor party.
Buzzzzzzzz.
My phone again. “Hey, baby. Give me a minute, will ya?” I groaned, pulling myself out from the soft sucking and into the cold air. Shit. What was wrong with me? I leaned over the edge of the bed and picked up my phone to read the message. Only it wasn’t a message. It was an alert I’d set on my phone as a reminder. Pick up Gabby from the airport. My brother’s soon-to-be bride’s maid of honor—and a major pain in my side—was flying in this morning at six-twenty, and I’d been volunteered by Jackson to pick her up. Thanks, a whole hell of a lot, Bro.
“Fuck.”
“What’s the matter, Brodie?” what’s her name asked, licking her lips and grabbing for me like she’d just had her favorite lollipop taken away.
“I gotta go.”
“What? Why?”
“Sorry, baby.” God, what was her name? “I promised to pick up a friend from the airport.” Friend was a huge stretch of the English vocabulary when it came to Gabby. Gabrielle Demeres was not my friend in any sense of the word. In fact, she hated me.
The last time I’d seen Gabrielle, about a year ago when she’d spent a few nights in my house while visiting with Lena, she’d told me to go bungee jumping from a bridge without the cord. Ouch. All I’d done to deserve that nice suggestion was try my damnedest to show the woman a good time. Of course, my idea of a good time and hers were completely different, apparently. I found that out the second my lips brushed gently against hers and my hand strategically covered her left breast. She’d shoved me away so fast my poor lips never got the chance to make even a hint of a memory of hers. Right before she’d told me to go jump off a bridge, she’d slapped me and said I wasn’t her type. Pffft. I was every woman’s type. I’d copped a clue and backed off the minute she shoved me away. She didn’t need to make an imprint of her hand on my face. There was something seriously disturbing about that chick. 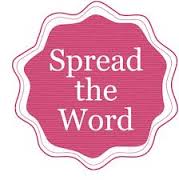 GooglePlay: https://play.google.com/store/books/details/Susan_Griscom_Beautifully_Wounded?id=yG9vBgAAQBAJ
at July 06, 2017
Email ThisBlogThis!Share to TwitterShare to FacebookShare to Pinterest