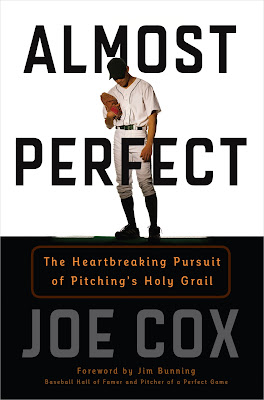 The rich, poignant tales of major league baseball's most hard-luck fraternity--the pitchers of its Almost-Perfect Games From 1908 to 2015, there have been thirteen pitchers who have begun Major League Baseball games by retiring the first twenty-six opposing batters, but then, one out from completing a perfect game, somehow faltering (or having perfection stolen from them). Three other pitchers did successfully retire twenty-seven batters in a row but are still not credited with perfect games. While stories of pitching the perfect game have been told and retold, Almost Perfect looks at how baseball, at its core, is about heartbreak, and these sixteen men are closer to what baseball really is, and why we remain invested in the sport. Author Joe Cox visits this notion through a century of baseball and through these sixteen pitchers--recounting their games in thrilling fashion, telling the personal stories of the fascinating (and very human) baseball figures involved, and exploring the historical American and baseball backdrops of each flawed gem. From George "Hooks" Wiltse's nearly perfect game in 1908 to "Hard Luck" Harvey Haddix's 12-inning, 36-consecutive-outs performance on May 26, 1959 (the most astounding single-game pitching performance in baseball history) to Max Scherzer's near miss in 2015, Joe Cox's book captures the action, the humanity, and the history of the national pastime's greatest "almosts." 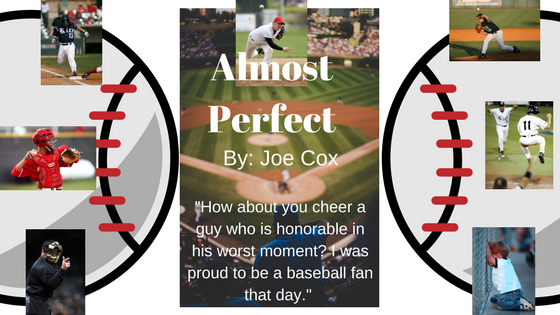 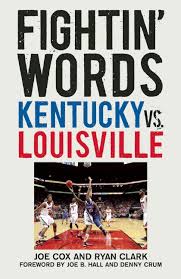 More than 100 years ago, the University of Kentucky and the University of Louisville met for the first time on the basketball court. More than 30 years ago, the intrastate rivals faced each other in the original “Dream Game.” Fightin’ Words has the inside stories of these games and others from the rivalry, as well as tales of how Louisville coach Denny Crum out-recruited Joe B. Hall for the athletes in inner-city Louisville; how Rick Pitino had a dominant tenure at UK, then left to become the Cardinals’ coach; how John Calipari brought UK back on top; and much more.The book covers everything from the 12 games between the rivals before the 1983 game, the 24-year buildup (and 61 years since the last regular season matchup) to the 1983 game and how it finally became an annual rivalry, and then individual chapters for the 31 UK/UL games since. Each chapter contains pregame analysis, game coverage, and postgame discussion, with firsthand interviews from players involved. The authors reveal the effects of each game on both teams and on the history of college basketball.Skyhorse Publishing, as well as our Sports Publishing imprint, are proud to publish a broad range of books for readers interested in sports—books about baseball, pro football, college football, pro and college basketball, hockey, or soccer, we have a book about your sport or your team.Whether you are a New York Yankees fan or hail from Red Sox nation; whether you are a die-hard Green Bay Packers or Dallas Cowboys fan; whether you root for the Kentucky Wildcats, Louisville Cardinals, UCLA Bruins, or Kansas Jayhawks; whether you root for the Boston Bruins, Toronto Maple Leafs, Montreal Canadiens, or Los Angeles Kings; we have a book for you. While not every title we publish becomes a New York Times bestseller or a national bestseller, we are committed to publishing books on subjects that are sometimes overlooked by other publishers and to authors whose work might not otherwise find a home.

Joe was an attorney with a wife and kids when he got to co-author a basketball book with a friend from college. Five years later, he's excited to have been a part of six books. He's still an attorney, and somehow still has the wife and kids. He lives with his family near Bowling Green, Kentucky, and is always working on his next book.

at August 23, 2017
Email ThisBlogThis!Share to TwitterShare to FacebookShare to Pinterest