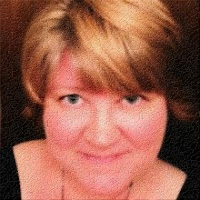 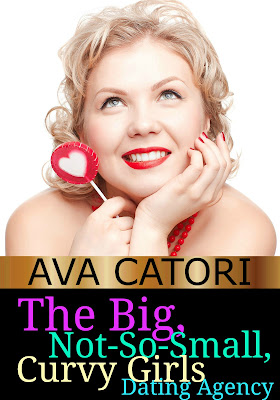 A fun, romantic comedy that will have you laughing out loud.

Becky Holgate's lost her focus. It’s complicated...she didn’t mean to fall in love with another woman’s guy. How could she be a matchmaker for other people if all she could think about was her own heart? Determined to ignore her growing infatuation, she set her sights on building her career. Only Reed Amwell was making it hard to concentrate; every encounter left her breathless.


Reed didn’t mean to fall for the curvy girl, but she was carefree, silly, and fresh. Her soft curves and playful heart had him questioning his current relationship. Could he be with the wrong girl? He needed to figure it out fast, because his wedding day was getting closer by the minute.


With a laugh-out-loud best friend, an insane cat, and a business to run, Becky Holgate didn’t have time for guys like Reed Amwell...until time was running out.


No cliffhangers. This is a standalone read, even being book 1 in the series. Each story is complete.

“Back up, it’s like there’s a giant gap in there somewhere.”
“Fine.” Becky took a deep breath. “I went to meet him, and I totally screwed up. My stupid skirt was shoved up in my panties, and…”
Sam interrupted, “What?”
“Yeah, that’s not important, just one of my usual mess ups, so anyway, it’s totally awkward and I start laughing. You know how I get nervous giggles; well this blew up into ugly laughing, with goose honking and tears…”
“Oh, tell me you didn’t honk,” she shot out. “Not the honk.”
“Yes, the honk,” Becky confirmed. “So anyway, I’m dying, and he starts laughing, and the next thing you know he farts.” She paused to let that sink in.
“He farted? Oh, gross! Go on,” she said, now hanging onto every word.
“Right, but we’re laughing so hard, and he can’t help it, well this sends us into fits of giggles again, and next thing you know we’re sitting near each other and…”
“Did it smell?”
“Oh my gosh, really?”
“What? It’s a legitimate question. Dude farts, you’re standing there, you’re talking about kissing, so I’m wondering are you really grossed out, like does it stink, or is it just loud, you know the kind that sounds dangerous, but really doesn’t do nasal damage.”
“You’re impossible, Sammy! Just let me tell you the story,” Becky whined.
“Fine, go on, leave out important information. I’m just saying it won’t be as complete of a story if you don’t fill in the details.”
Becky huffed. “Fine, it didn’t stink, it was just loud.”
“That’s embarrassing,” she answered.
“Right, so anyway, we finally settle down, he goes and gets me coffee then sits down next to me, like really close. I glance over and he’s looking at me, then he leans in. I closed my eyes, thinking he was about to kiss me, and then nothing.”
“Nothing?”

What do you do when your personal life is as dull as a butter knife?

Ready to shake things up, Brandy Douglas takes off on a spontaneous adventure. On her way to Las Vegas, things don’t go quite as expected. Instead, she finds herself in Dallas, in the arms of a sexy cowboy who gives her a little something extra to remember him by.

Once back home, Brandy’s forced to make choices that will forever change her life. At forty, she’s not so sure she’s ready to start over. Can her sexy cowboy convince her otherwise?

Brandy groaned. This was the last thing she felt like doing in the searing hot August sun. A dip in a cool, refreshing pool, or maybe an ice-cold cocktail, but this…?
The bride's flaming red hair was an unnatural shade that could only be found in a box. Brandy’s stomach flip-flopped. She’d seen that color before. She cringed before rolling the woman over.
Crap.
She recognized the woman in the bride’s gown immediately. Brandy reached behind her and grabbed her cuffs from her gear belt. With a slap of the handcuffs, she had the woman under control. Helping the beast to her feet, she grumbled under her breath. Figures she’d be the one dealing with her.
"Let me go," the bride screamed at the top of her lungs. "It's my wedding day."
Brandy turned to the red-headed woman and scowled. Of all the people in the world.
Henry McAllen caught a glimpse of his new bride cuffed beside Brandy. His whiny, nasal voice cut through the air as he hollered. “Brandy, stop! It's my wedding day. You can’t do this!"
Brandy shook her head and grounded herself. He was the last person she wanted to see. There he stood, all wishy-washy in his rented tuxedo, flapping his arms like a chicken in heat. She was in no mood to deal with Henry, especially now. “Back off, Henry. This isn’t the time.”
Henry, the very Henry she'd wasted three years of her life on, stood before her, red-faced and bellowing about his bride. His new wife was the same Amazonian eight-footed, red-headed girl, with big fake boobs she’d found in her bed two years ago. The same woman Henry had been screwing for apparently two years...two of the three years Brandy had been in a relationship with him.
Every bit of that relationship was a lie. While she mostly walked away unscathed, no marriage to break-up, no children to make matters worse, she did lose her ability to trust. Everything she thought she knew...every single bold-faced lie he spewed...not that it mattered any more. Enough time had passed that she could see she'd dodged a bullet. Once a cheater, always a cheater.
"Get out of my way, Henry," she growled at her ex.
Brandy led the bride to her cruiser. Opening the back door, she shoved the woman's overblown dress in behind her. Layers of lace and tulle fluffed up next to the disgruntled woman.
When she glanced back at the gaggle of people, she noticed her parents. Her parents! Not only were they there, they never even mentioned he was getting married. She huffed angrily under her breath. Seriously? Her mother caught a glimpse of Brandy, held eye contact for a moment, and then looked down like a small child who was caught with her hand in the cookie jar. Brandy didn’t have time to deal with this. Later. She’d deal with it later.
Fate was a cruel mistress, but karma was a downright bitch.

at December 07, 2017
Email ThisBlogThis!Share to TwitterShare to FacebookShare to Pinterest