LET’S WELCOME CHRISTY McKELLEN AUTHOR OF: A CONTRACT, A WEDDING, A WIFE? 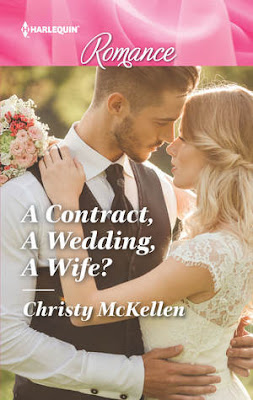 Christy:  I came at it from a few different angles. I visited a board game café with my family, which was so much fun I wanted to incorporate it into a story somehow. In terms of the trope, I have a list of the ones I’ve used in previous books—and ones I’ve not tackled yet—and marriage of convenience was at the top of the to-do list! After that it was a case of thinking about two characters from completely different backgrounds, who would force each other to look past their increasingly small worldviews and push their comfort boundaries, helping them to see all the wonderful opportunities they’d been missing in their lives without realizing it.

Rad-Reader:  I Xavier leery of marriage, women or both?  And why?

Christy:  Xavier had had a tough time with a previous relationship before he met Soli, which had coloured his view of marriage and commitment to one person. She soon puts him right though.

Rad-Reader:  Why did his great-aunt put the clause in her will?

Christy:  I think she was fed up with how stubborn Xavier was being about not considering getting married again, but at the heart of it, she was a true romantic and just wanted her great-nephew to be happy.

Rad-Reader:  Why was Xavier avoiding his friends Hugo and that crowd so much?

Christy:  He was still smarting from what happened with his previous relationship and his stubborn pride kept him from connecting with his friends. I think he just shut down and shut everyone out to keep from having to face the pain and shame he felt about it all.

Rad-Reader:  Now if his great-aunt’s lawyer would be popping in.  Having tow bedrooms won’t send up a red flag?

Christy:  Yeah, I guess they were hoping the lawyer wouldn’t go snooping in the “housekeepers quarters” and that they’d get away with it. I think they were both so desperate to make the subterfuge work they didn’t properly think things through—as proved later in the story!

Rad-Reader:  Xavier keeps avoiding Soli yet they are to meet his friends what was his reasoning for doing that?  If he wants to pull off the charade how is she supposed to get the job done?

Christy:  I think he was afraid of letting himself get too close to her in case he began to develop feelings he didn’t want to have. No wonder his great aunt got so frustrated with him!

Rad-Reader:  Was he trying to run her off with … “She is my employee routine?” or was that fear talking?

Rad-Reader:  Soli Makes a breakthrough with her game of questions.  But he still doesn’t tell her about Harriett.  Why?  Especially, knowing she might be there.  Why?

Christy:  I think by that point he’s really begun to care about Soli and doesn’t want her to think badly of him. He’s been keeping such a tight control over how he feels about what happened with Harriet he finds it almost impossible to let go and move on. Until Soli makes him, that is.

Rad-Reader:  Friends talk openly about Harriet and his relationship leaving Soli to form her own conclusions.  Is that what he set out to do?  Put her in her place?  But it backfired don’t you think?

Christy:  I don’t think he intends to be mean to Soli, but it definitely backfires on him—and thank goodness it does.

Rad-Reader:  Soli surprised him on his birthday.  What did he think? You know what I mean his character thought about that, what do you think?  Characters become so real. 😊

Christy:  I think he was surprised and very touched. No-one had done anything like that for him before and it moved him in a way he wasn’t expecting.

Rad-Reader:  How did it make him feel about Soli then?

Christy:  All the good things!

Rad-Reader:  He always wanted a family but Soli was offering yet he shut her down.  Why?

Christy:  I think he was probably worried it would all go wrong for him again and he didn’t want to face that possibility.

She would be perfect for Soli. She has such a warm smile.


I think he would be a great, darkly handsome, brooding fit for Xavier.

“Somebody Special -Nina Nesbitt”
When Soli married, what she started to feel.

“Concentrate – Demi Lovato”
What they both felt after their first time together.

“Hitchhiker – Demi Lovato”
Soli wanting him back in her bed after vacation.

“What Are We Doing – Danielle Bradbery”
When she’s trying to figure out things and confronts him and walks away.

“Lips on You – Maroon 5”
What Xavier thinks of when he’s with Soli.  He grows to trust and love her.

Sums the book up pretty well I think. 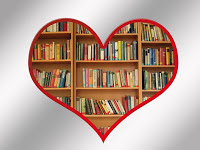 Christy:  I love reading romance, particularly sexy contemporary romance, which I have to do to make sure I’m on top of trends (lucky me!) but I also enjoy thrillers and murder mysteries.

Rad-Reader:  What is your favorite genre of music?

Christy:  I listen to a lot of electronica as well as alternative pop and some indie rock. To be honest, my tastes are pretty eclectic!

Rad-Reader:  If you could have your favorite day what would it look like?

Christy:  I’d spend it with my family, going on a long coastal walk with a big pub lunch in the middle and then in the evening we’d snuggle up together on the sofa and watch a movie.

Christy:  I’m just finishing off my first book for the new Harlequin DARE line, which is due out in November, and I’ll be starting on the second of the trilogy for DARE very soon. These ones are a lot sexier than my Romance/True Love books and they’re so much fun to write!

Christy:  From all good e-retailers! If you’re in the UK or Australia you can also buy them as paperbacks in supermarkets and some bookshops.

To get hold of a copy of A Contract, A Wedding, A Wife? please click on one of the following links:

Christy:  The best place to find me is at my website: https://christymckellen.com

For news about my releases, early excerpts and giveaways please join my newsletter using the following link:

Christy,
Thanks so much for being with us.  I am so glad I got the chance to have been able to read your book.  Now that you are one of us a 1 Rad-Reader Misfit so please come back and use our Shout-Out: An Author's Place page when you have a new book coming out.
Thanks again,
Char

at March 30, 2018
Email ThisBlogThis!Share to TwitterShare to FacebookShare to Pinterest