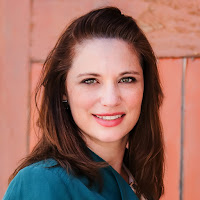 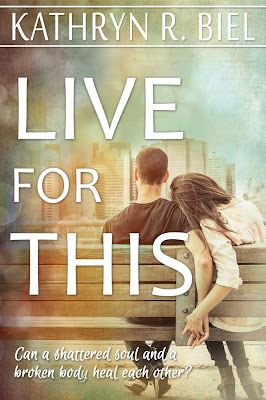 Samirah Lundgren is living the party girl life. While she's trying to forget about her past and put off having a meaningful future, her lifestyle catches up with her, leaving her in a wake of personal destruction. Alone and homeless, she encounters Michael Salinger, a man carrying his own baggage in the form of a spinal cord injury, not to mention his former fiancé is marrying his former best friend.
Can a man with a broken body and a woman with a broken soul help each other find the redemption they need to become whole again? 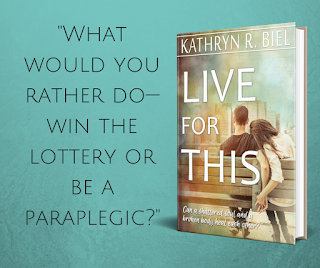 "What would you rather do—win the lottery or be a paraplegic?"
Is he kidding? Why would he ask me this? "Um, win the lottery." Like it even requires thought. "No offense."
"None taken. It's a no-brainer, right? But a study showed that after a year, the paraplegic is happier with life than the lottery winner."
"Seriously?" It can't be true. I don't know much about studies but that one has to be crap. I look at Michael as he rolls over to the sink and starts washing the dishes I've already stacked up. He does seem pretty happy. At ease. Settled.
Over the water, he says, "Seriously. The lottery—it's synthetic happiness. Buying stuff, luxuries. But lottery winners lives are filled with false friends, pressures, being pulled in different directions. With someone who becomes paralyzed, they adapt and change. They can find happiness in their lives."
"Are you happy?"
He shrugs. "I think so. I've adapted to this life. And I think it's a pretty good life. True happiness comes from within. Synthetic happiness is manufactured. It doesn't last."
"So is that why all the stuff I had—the clothes, the shoes, the jewelry—didn't make me happy?"

Ten years ago, the Sassy Cats were at the top of the charts until Callie Smalls walked away to pursue her career in fashion and television. The other four members—Angie, Tabitha, Mandy, and Daphne—were left to fend for themselves and continue on with their lives.
That is, until the day when Callie decides to book a gig for the group at a major music festival, without talking to her former bandmates. Scattered across the country, at different points in life, can they rekindle the magic in the music?
A soccer mom whose husband doesn't know about her past. A fading star, sacrificing all to stay in the spotlight just one second more. A party girl, challenged with her most important role yet. A tiger mom, fighting for her son. A desperate woman, unhappy and alone.
A lot can change in the course of a decade. Will it be harmony or hatred for the Sassy Cats? 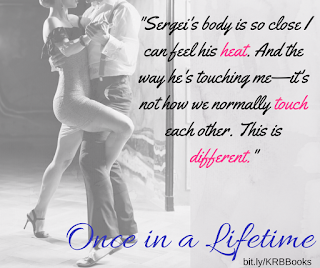 Every so often I hear one of our songs on the radio. If people are around, I try to keep my face neutral, a skill I perfected way back when. But when I'm alone, or if it's just me and the kids, I've been known to let loose and belt it out. After, I feel like an addict who's relapsed. Both elated and disappointed in myself all at the same time.
The van's radio is usually playing a "Kool Kidz" CD or is on NPR, so it's not like it happens that often. But when it does, a crushing guilt and sadness wash over me. That's what's going on in this moment, as I'm standing in the middle of the grocery store. It's a rare trip on my own. Myles was home, so I begged him to watch the kids while I ran to the store. Tenley is over at a friend's house, so he's only got the twins to keep an eye on. Now that Colin and Madden are in school all day, they're much more manageable. That's what Myles says when I tell him I'm drowning. Part of me wanted to go for a pedicure before I went shopping to give him more time to see how manageable they are. The last time they were manageable for me, I ended up cleaning slime off the ceiling. The cathedral ceiling. I still don't know how they did it. And by the way, that stuff stains.
But I really shouldn't stall, because I know the longer I take, the more likely I am to get a frantic call from my frazzled husband. That's the last thing I want. Powering the shopping cart up and down the aisles, I toss one item after another into the basket. To an observer, it may look haphazard, but I know exactly what I'm doing. I've got this down to a science. On those rare instances when Myles offers to go to the store for me (okay, that one time when I threw my back out), I can't let him go. We've been together for almost nine years. Tenley is seven, and Colin and Madden are almost six. He still doesn't know what any of us like to eat. He doesn't get that I buy food for the kids to take in their lunches and that a large, thirty-two-ounce tub of yogurt isn't the same as the individual cups. It's not like we have to pinch our pennies.
He simply doesn't get it. No one does.
The music has a tin-like sound to it, and I can barely hear over the beeping of the register and the hum of the conveyor belt. My heart stops for a minute, my face flushing. I bend my head forward, letting my hair fall over to form a screen. In my head, the choreography runs through, engrained in my brain from thousands of rehearsals and performances. It's all I can do not to dance. There's part of me that wants to bust it out, full on, right here and now. Can you imagine if some dumpy housewife did that in aisle nine?
Frankly, I don't even understand my life sometimes. This was all I've ever wanted. My life before—I never wanted that. It was thrust upon me in a whirlwind of decisions made by others. I longed for quiet and stability and normalcy.
I've got that now. So why do I feel like screaming?
It's because I'm tired. Tired and worn out and overweight. Frumpy, slovenly, run-down, fatigued—I could go on and on with the synonyms. I'm a mom of three kids. It's part and parcel. And it's all I ever wanted. 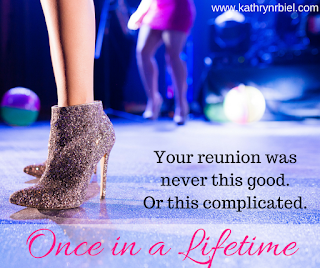