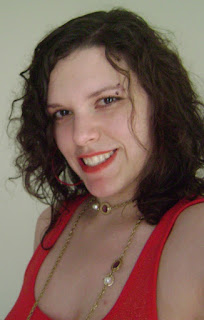 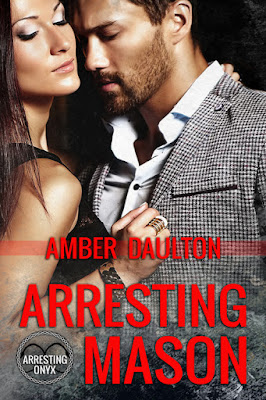 Rad-Reader:  Was it always your plan to open the book with Mia and Mason meeting that way with the car?

Amber:  Yes, and I give credit for it to a dream I had. You see, Mason and Mia’s love story started as a dream, and though I’ve changed much of the dream while writing the book, there were certain parts I kept just because I loved them. I find it funny that Mia almost hit Mason with her car, so I just had to weave that part of the dream into the story

Rad-Reader:  Was it also your plan to have them agree to meet for dinner so soon?

Amber:  Oh yes. Mason and Mia aren’t shy about going after what they want, so I didn’t see a point in making them hesitate, which would have made the story drag.

Rad-Reader:  It seemed like Borden the parole officer liked the waitress at the Demi’s Diner Calista was the reason not to have him try to start anything with her?

Amber:  I’m so happy you asked this question. Jim Borden has his reasons for not asking Calista out on a date, but I can’t give any spoilers. Jim and Calista’s story is next in the series, so you’ll just have to wait and see!

Rad-Reader:  How did you come up with Mason’s character?

Amber:  I’ve always loved the tortured bad boy types who have caged their good heart behind barbwire. To come up with Mason’s character, I just thought about various difficult obstacles for someone to overcome and then decided on two of them. For Mason, he needs to learn how to live on the straight and narrow after his prison stint and to learn how to forgive himself for his past mistakes.

Rad-Reader:  Was it always your plan to have Mason living with his brother or did you add Alan and his son?

Amber:  Alan and his son, Danny, were always a main part of the story. Even though Mason and his brother don’t see eye to eye on a few things, Alan provides the positive structure Mason needs, so he can better follow through with the conditions of his parole. Mason needs his family even if he doesn’t realize it.

Rad-Reader:  Having Mia Confront Mason at his work was a good scene.  Was that always in your original story or did you feel like you needed to add it?

Amber:  That’s my second favorite scene and was in the original draft. I love this scene so much because I felt Mia’s pain and anger, and I was cheering her on as I was writing the words. Though the scene is in Mia’s point of view, Mason’s emotions are clear on his face and in his attitude, and I hope the reader will feel their desire and see how much Mason and Mia really need each other.

Rad-Reader:  How did you come up with the idea of a parolee dating his P.O.’s sister?

Amber:  That was part of the dream. I’ve never read a story or seen a movie (that I can remember) about such an unlikely relationship, so I wanted to create it myself.

Rad-Reader: The way you had Mia, Mason, and Jim Borden meet in her loft the morning after the date, was that always your plan?

Amber: That’s my favorite scene. The tension between Mason and Jim was through the roof, and I felt so bad for Mia as I was writing it, even though I was grinning from ear to ear and laughing a little. Yes, sometimes I like to torture my characters. That scene was definitely one I had to include in the story.

Rad-Reader:  During the birthday party scene and finding out more about Mason's past, it is difficult as a writer to incorporate the history of a character without making it obvious?

Amber:  Sometimes. I like to weave information in small doses, so the reader has time to contemplate the material and better understand the characters. For me, as a reader, I never like knowing too much about a character too early in the novel. I would rather read, catch informational tidbits here and there, and form my own opinion instead of being told what to believe about a character. I hope readers of this story will find Mason as intriguing as I do.

Rad-Reader:  Did you have to change the story much from your original idea or did you keep it the same?  After proofreaders or editors got their hands on your baby?

Amber:  I originally wrote this story for an anthology call, but then I surpassed the word count and still wanted to add more scenes. My 30k manuscript soon turned into 80k, and I finally submitted it to The Wild Rose Press. My editor requested I delete a few pages at the beginning of Chapter One and tighten up the opening, but that was it. The chapter flows faster than it originally did, so I’m relieved she asked for that.

Rad-Reader:  Do you write using an outline or do you just sit down and start writing?

Amber:  I would be so lost with an outline. When I get an idea, I write down everything on paper, chapter by chapter, and sometimes scene by scene if my muse is really flowing. Usually, I end up with 30 or 40 sheets of paper, jammed with additions in the margins, and with some paragraphs highlighted for reference. Once that’s done, I finally start writing the story on my computer.

Rad-Reader:  When writing a story that has action and a love story when do you decide to add either or and how do you do it so you are not overdoing it on one or the other?

Amber:  I try to maintain a good mix of action and romance scenes, and let those scenes play off each another. It can be difficult to not overdo it at times, and sometimes I have to cut a scene or move it elsewhere, but I’m all about the final product. What works for the story at large is more important than an awesome but unnecessary scene somewhere in the middle. It may hurt to cut that scene, but if it’s needed, I’ll do it.

Rad-Reader:  Was this always a story you wanted to write or something that came to you?

Amber:  After I dreamed about this plot and the main characters (Mia, Mason, and her brother Jim), I couldn’t stop thinking about it. It sort of became an obsession for a little while, and I couldn’t concentrate on anything else until I wrote down my ideas. I was working on another story at the time (I don’t even remember what), but I finished that story as quickly as I could just so I could write Arresting Mason.

Rad-Reader:  The twist with Jim’s friend in the story was good and unexpected, was that person always planned like that or did you get feedback in suggesting it?

Amber:  The twist was original to the plot, but the friend’s “first” appearance was a suggestion from my editor. I intended for him to just come in at the end, but my editor thought I needed to briefly mention him earlier, so his appearance wouldn’t seem out of the blue.

Rad-Reader:  Do you get to pick the books you want to write or are you under contract to write certain ones?

Amber:  I write what I want, and I’m very grateful for that sort of freedom to let my muse run wild. Sometimes, I have to hold the naughty wench back from taking my characters and the plot off the deep end, but all my stories come from the heart and aren’t forced out.

Rad-Reader:  Did you always want to be a writer?

Amber:  Yes, since I was twelve years old. It’s pretty cliché to say this, but I was hooked the first time I snuck a Harlequin book from my mom’s bedroom. (I’ve heard a lot of romance authors say something similar.) After reading that book, I knew what I wanted to do with my life.

Rad-Reader:  Was there anything special you did for yourself when you published your book?

Amber:  My husband surprised me a romantic dinner and tons of kisses, but I really shouldn’t say what happened next…

Amber:  I’ve compiled a list of about ten songs that fit my story, but here are my favorite…


“Through These Eyes – Social Distortion”

Rad-Reader:  Where do you like to have your get together with your girlfriends?  Coffee, Restaurant, or Bar? 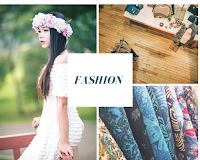 Rad-Reader:  Which fashion Diva are you down and dirty, Stepford wives, or Vera Wang?

Amber:  I would say a mix all three. I like a variety of styles.

Amber:  My next book is Arresting Jeremiah, book 2 in the Arresting Onyx series, and should be some out next year, in 2019.

Amber:  You can find Arresting Mason at the following retailers…

Amber:  I love hearing from my readers, so feel free to reach out to on any of the following sites…

Amber,
Thank you for taking time out of your day to answer any of these questions.  I enjoyed your book a lot.  It was right up my alley.  You are now what my wife calls a 1 Rad-Reader Misfit be sure to come back again and use our Shout Out: An Author's Place page to let us know when you are coming out with a new book.
Thanks,
Pat & Char
at May 18, 2018
Email ThisBlogThis!Share to TwitterShare to FacebookShare to Pinterest