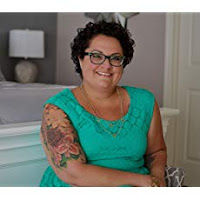 Growing up as the privileged daughter of two doctors, Jasmine Kingford always thought the housekeeper's son was hot-and the feeling was mutual. But back then there were lines they couldn't cross. Good thing they're all grown up now and in the same wedding party . . .
As best man for a fellow firefighter, Leo Trask is floored to discover the maid-of-honor is a blast from his past. One that ignites fireworks that have been brewing for years. Soon enough, he and Jasmine are having a very private, all-night-long celebration of their own and it's clear neither wants it to end there . . .
Jasmine's all too happy to finally shed her pampered princess demeanor with Leo. What she finds is a connection-and a complication-she didn't expect. Leo's the opposite of the nine-to-five guy she planned on. She wants a nursing career, kids, and a man who's home by dinnertime. Leo's an irresistible bad boy with a dangerous, unpredictable job. And he's everything she never knew she wanted, and more . . .

“I need to get laid.” Jasmine admitted to the silence that had fallen between her and Winter.
“I’ve been telling you that ever since you bought us matching vibrators,” Winter joked, referring to the last Christmas present that Jasmine had given her. Was it her fault that the adult store had been having a buy one get one sale?
“They were on sale!” Jasmine snapped.
“You always say—“Winter started but stopped abruptly when a muscled arm was tossed across her shoulders.
“Hello, ladies.” The voice came from a face that Jasmine had not seen before yet seemed familiar for some reason.
“Leo!” Winter turned and hugged the new arrival. Swinging back towards Jasmine, she smiled big. “Jazz this is Leo, Will’s best man.”
“Nice to meet you…” Jasmine’s voice trailed off as she stared at the man in front of her.
And boy was he something to look at. His thick dark hair was short on the sides, almost shaved completely off, but the top was long and groomed to give him an appearance reminiscent of a greaser from the fifties. Jasmine knew that some ladies preferred their men clean shaven, but the specimen in front of her was the perfect example of why some men needed to have beards. Leo’s strong jaw was covered in one of the most spectacular beards that Jasmine had seen outside of a romance novel cover, and his blue eyes were icing on the proverbial man-cake standing before her.
Jasmine couldn’t help the smile that tipped her lips when she took in his well-fitting jeans, button down white shirt with the cuffs rolled up and black boots.
Where had this man been all her life?
“We’ve already met,” Leo drawled in a deep voice, flashing a white straight smile.
Jasmine’s mouth dropped open, ready to argue with the beautiful lumberjack in front of her.

Steam  Yoga instructor Louise Pine is the ultimate caretaker. Everyone around her seems to have an emergency, but Lou hasn’t met a fire she couldn’t put out—until she’s faced with the hunky, bossy firefighter who crashes into her own backyard—and her life. No one tells Lou what to do, yet somehow the guy’s take-charge style makes her tingle . . .   Simmer Phoenix “Nix” Jones is used to calling the shots, whether he’s dealing with his crew at the firestation or taking on a dangerous blaze. Luckily, the fire at Lou’s is a false alarm. But the heat the fit and feisty woman ignites is far from dying out . . .   Afterglow As the sparks turn into 5-alarm passion, can two strong-willed people end up engulfed by love—or will they crash and burn?

****This is technically still in final edits with the publisher so the following may be edited further before publishing.

Nix couldn’t hold back the smile that was fighting to take over his mouth. The woman in front of him demanded his attention. That alone was something that he hadn’t experienced lately. There was something about her that made Nix want to bundle her up and take care of her, yet to also swat the fleshy bottom that he could see moving beneath the robe as she ran into the house earlier.
The first thing he had noticed about her was how deliciously curvy she was, curves that made his fingers itch to feel for themselves. She had more meat on her bones than he normally preferred, actually. But, for some reason, when he had opened her robe earlier there had been an instant attraction that had surprised him. He knew that the cold air was to blame for her nipples showing themselves through her tank top, but that didn’t stop him from wanting to pinch the nubs that were practically begging for attention. He could tell that she was all natural as well, something he had been missing since banging the easy pole bunnies that hung around the firehouse. There was something to be said for flesh that gave underneath his fingers and bounced when a woman breathed deep.
He watched her lick her lips and look back to the gate before settling her brown eyes on him again.
“Keep your eyes on me, sweetness,” He instructed softly, not sure she would even hear the words.

at July 26, 2018
Email ThisBlogThis!Share to TwitterShare to FacebookShare to Pinterest