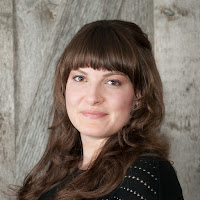 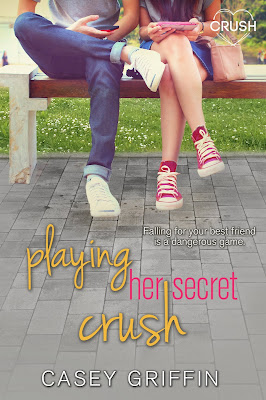 Casey:  The story was definitely inspired by my time spent playing video games and knowing people who play a lot of online games. I wanted to tell a story about geeks like me. I also wanted a way to tell a contemporary story that can take place in both reality and a fantasy world.

Rad-Reader:  Can you give us some backstory the blurb doesn’t give us about Katie and Alex that may not have made it into the book?

Casey:  When Katie and Alex first met, she’d just transferred from a different school where she was teased a lot! While she was a bit shy, Alex was more outgoing and was invited to all the coolest social events. Once school started, he dragged her out to a party where they came across one of the bullies from her old school. When he started giving Katie a hard time, Alex stood up for her. And when he still didn’t let up, Alex punched him in the face!

Rad-Reader:  What happened to Alex’s brother that he passed away at such a young age?

Casey:  He was diagnosed with aggressive cancer at the beginning of his junior year in high school.

Rad-Reader:  Were Jason and Katie ever dating?  If so, how long ago?

Casey:  Katie only started to get to know Jason a few months before he passed away (over two years before the story takes place), so there hadn’t really been time for dating.

Rad-Reader:  Was Alex’s brother older or younger than Alex?  What was the age difference and were Alex and Jason close?

Casey:  Jason was two years older than Alex. They were never very close; they fought like your average brothers. Jason found Alex annoying, and Alex was jealous of his older brother who seemed to do no wrong. However, when Jason was diagnosed with cancer, it was a wakeup call for him. He wanted to spend more time with his little brother, and that’s how they started playing Conquerors of Caroon together.

Rad-Reader:  Were Alex and Katie best friends before his brother passed away?

Casey:  Alex and Katie were growing very close before Jason passed away, but after he died and Katie was there for Alex through all of the rough times, they became inseparable.

Rad-Reader:  Is asking Lexi to play in the group going to tear them apart or cause a rift between the two best friends?

Casey:  You bet! That’s definitely the starting point of the plot and what begins to build the conflict between characters.

Rad-Reader:  Katie changed her new image.  How was it received by everyone?  We didn’t get anyone’s reaction at school?  Any guys take notice?

Casey:  Guys at school who had never noticed Katie before finally turned their heads. Her friends would have seen the change, too. But even if people didn’t notice her “new look,” they would have seen a new confidence in her. Alex definitely noticed, but Katie didn’t exactly get the reaction she’d hoped for.

Rad-Reader:  I’m from Bakersfield, how did you pick Porterville of all places?

Casey:  That’s such a coincidence! It took some research, for sure. It kind of came down to logistics, really. I needed a smaller town that was close enough to Vegas to drive and near a larger center where the team could all meet once a month. I also wanted it to be in California because of the great rock climbing nearby. That way, I could use a real climbing route to have them use in one of my scenes.

“She’s Got a Way with Me – Billy Currington”
From the minute he met Katie he knew she was something special.  Her smile, her understated beauty, and her unending love and kindness she gives.  He can’t live without her.  Yet, he can never have her.
https://youtu.be/Aemh3v4_3bk

“Walk Away – Paula De Anda”
Katie knows that this year has to be the year she has to put Alex in second place, she needs to friend zone him for real.  Even though she is truly in love with him she’s done waiting for him.  Her heart can’t take watching it, his Rolodex dating any longer.
https://youtu.be/UZimgeuRb4Q

“Beautiful Crazy – Luke Combs”
Katie is shy by nature but with Alex, she will take chances for him.  To help him heal after Jason’s passing.  Would her beautiful always show through?  Mussed up or dressed up she’s his Katie.  Until he comes back from summer vacation and now she’s changing and he fears he is losing her.
https://youtu.be/rItv9i6c7AY

“Take a Chance on Me – Francie J”
When Alex finally sees his best friend as something more and reaches out to Katie asking for more.
https://youtu.be/-15H8GCsIqU

This song is even referenced in the book because Katie had been studying her magazines over the summer to perfect her “new look,” and Parker was definitely staring at her.

Rad-Reader:  What is your secret wish for your writing direction?

Casey:  I think I would like to delve into some fantasy or paranormal soon.

Rad-Reader:  Would you like to do a different genre of writing?   If you have any children would you like them to follow in your footsteps? As far as writing is concerned.

Casey:  I have two stepsons, and I actually just went to their school to talk to their classes about story writing. I want to encourage them to be both readers and writers as much as I can. Even if they don’t go on to write novels, it will help them in every aspect of their lives and future education. But mostly, I encourage creativity. Maybe they’d like to tell stories in different ways, one day, like through drawing comics or making movies.

Rad-Reader:  What is your favorite kind of food?

Casey:  Does chocolate count?
Rad-Reader: Now my hubby would call that a silly question.  He would ask you me that is not part of the food groups.  She's had me convinced it is for all these years.  So, let this be our secret. Shhh! LOL!

Rad-Reader:  What are three items you can’t leave home without each day?

Casey:  My phone, a bottle of water, and lip gloss.

Rad-Reader:  Are you a gamer like Katie and Alex?

Casey:  Yes! But I don’t get as much time to play as I’d like. Between writing, a family, and my day job.  I keep pretty, busy.

Rad-Reader:  What do you think Jason would have wanted to tell Alex if he could have when he left for Vegas?

Casey:   I think he would have said something like: “Whether you win or lose, you’re already a winner with me, bro.”

Rad-Reader:  What do you think Jason would have thought about how everything turned out in the end?

Casey:   I think it’s exactly what he would have wanted.

Casey:  I never take a break. I’m always working on the next project, bouncing back and forth between YA and adult romance. While I have a couple of projects on the go right now, nothing is set in stone, yet.

Casey:  You can find them all here:

For Playing Her Secret Crush:

Rad-Reader:  Where can our readers find you on the Web? Links 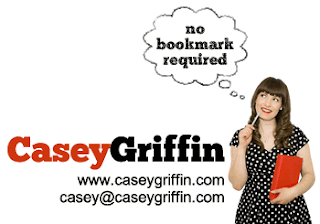 Casey,
It has been a joy working with you.  Your book was a joy to read.  I am not a gamer But I had such fun reading it.  It gave you so much fun insight into the world of gaming.  For all ages and how everyone is counted as an equal no matter their age, sex or color.  If only the real world were that way.
Thanks for being with us.  You are now a 1 Rad Reader Misfit so please come back anytime you have a new book coming out and use our Shout-Out: An Author's Place page.
Char

at July 20, 2018
Email ThisBlogThis!Share to TwitterShare to FacebookShare to Pinterest