COMING FRIDAY 7 PM PST. ELENA AITKEN AUTHOR OF: WHEN WE WERE US (SEE EXCERPTS) 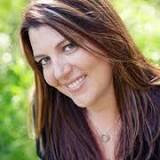 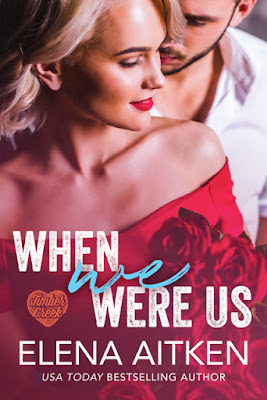 She no longer knows who she is or what she wants. He blames himself for her pain. Is their marriage strong enough to survive their greatest hurt?
Christy Thomas has built her entire life around the dream of being a mother and raising a family with her high school sweetheart, Mark. After years of infertility, doctors, treatments and heartbreaking disappointments, that dream seems further away than ever before.
All Christy’s ever wanted is to be a mother. Without that she doesn’t know who she is anymore or what she wants from life.
Mark loves his wife unconditionally but can’t bear knowing that he failed to give her the family she so desperately wants.
At the very time when they should be coming together, their pain is pulling them apart. Is this challenge more than their marriage can withstand? Or will they be able to see past their individual hurts and come together again to have their own second chance at love—together? 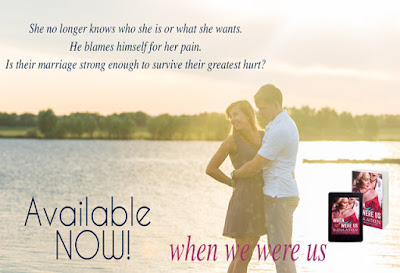 Christy Thomas took a deep breath and then another.
It didn’t work. She was still shaking and unable to focus on her reflection in the mirror.
With both hands planted firmly on the countertop, she squeezed her eyes shut and tried again.
One. Two. Three.
The counting technique her holistic healer had taught her was not working. Christy swallowed hard, opened her eyes, and stared at her reflection. Maybe it was the fluorescent lighting of the clinic’s bathroom that made her look so puffy and old.
Maybe. But not likely. It was her.
Christy hardly recognized herself lately. When had she become this worn-out version of herself? The hot tears pricked at her eyes and threatened to spill over.
Again.
The worst part was she wouldn’t be able to stop them. She’d always been an emotional person, but with all the hormones the doctors had her taking, it was next level, out of control.
She was exhausted.
And it wasn’t over.
“Come on, Christy,” she whispered to the woman in the mirror. “You can do this. Pull it together.”
She tried her breathing exercises once more and pulled out her compact in a vain effort to cover the red blotches on her cheeks and the dark circles under her eyes. When she’d done the best she could, Christy snapped the compact shut, stood as straight as she could, and pasted what she hoped would pass as a smile on her face.

She needs a fresh start. He needs her to see how he’s changed. Can time really heal everything…even a broken heart?
Sixteen years ago, rejected by her high school sweetheart, Cam Riley ran straight into the arms of a man who wouldn’t hurt her. Or so she thought. Now, reeling from a painful divorce, and with a troubled teenager in tow, Cam is headed home to heal and start over.
When Officer Evan Anderson pulls over the black SUV with out of state plates, he can hardly believe his eyes when the woman behind the wheel turns out to be none other than his first love. All those years ago, he hadn’t been good enough for her, and he knew it. But time has a way of changing things, and the badge on his chest isn’t the only thing new.
Cam’s got her hands full trying to keep her daughter out of trouble and come to grips with her new life. The last thing she needs is to get involved with Evan again. He broke her heart once; she’s not about to let it happen again. But their attraction is hard to ignore, and the connection that existed between them so many years ago is still very much alive.


This could be the second chance they’ve always wanted, but there are years of hurt and misunderstandings between them. Never mind the truth of the past and the reality of the present that could once again threaten to pull them apart. This time for good. 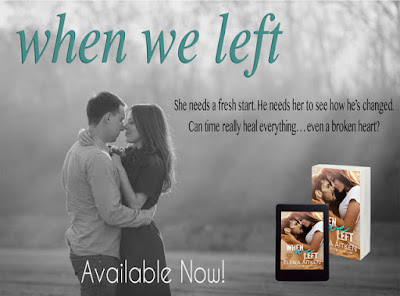 He scratched down the license plate number before he made his way to the driver’s side and rapped on the tinted window with the back of his hand. Evan began to talk the second the window moved down. “License and registration. Do you know why I pulled you over—”
The words died on his lips as the driver came into view. It was easy to see the woman behind the wheel was frazzled. Likely because she’d just been pulled over. But that’s not what caught his attention, froze the words on his lips, and caused his heart to do a weird double flip in his chest. No, it was the familiar blonde hair—a little darker now—the profile of the nose he’d recognize anywhere because there had once been a time when he’d kissed the tip of it every single day, and then—when she turned to face him—her eyes.
Cam.
She was back? How was it even possible? He couldn’t formulate a thought. Nothing coherent anyway and definitely nothing that would be remotely appropriate.
Fortunately, Cam spoke first. “Evan? Is that you?”

He blinked and swallowed hard, forcing himself to call on his army training to remain as stoic as possible and not let a damn thing show on his face. There was no doubt he was failing miserably, but it was better than nothing. “Cam?”
She smiled, but it didn’t come close to reaching her eyes. “Yeah. It’s been a while. I can’t believe you’re a…well, you’re a…”
“Cop?” He relaxed a little, seeing that she, too, was just as shocked. For sixteen years he’d dreamed about seeing her again. He’d fantasized about what it would be like to talk to her, to hold her, to—no. That clearly wasn’t going to happen. It was still a traffic stop, after all.
Although writing a ticket was the furthest thing from his mind. “You didn’t know?” He instantly regretted it. Why should she know what he was doing now? She’d left town right after graduation in search of what she used to call a future. He’d loved her more than life itself but even as an eighteen-year-old kid, he knew he was way too much of a screw-up to give her the future she deserved, so he’d let her go. Leaving him brokenhearted. And her…well, she’d moved on a long time ago. Without so much as a backward glance.
So why was she back?

Elena Aitken is a USA Today Bestselling Author of more than thirty-five romance and women’s fiction novels. Living a stone’s throw from the Rocky Mountains with her teenager twins, their two cats and a goofy rescue dog, Elena escapes into the mountains whenever life allows. She can often be found with her toes in the lake and a glass of wine in her hand, dreaming up her next book and working on her own happily ever after with her very own mountain man.

at October 17, 2018
Email ThisBlogThis!Share to TwitterShare to FacebookShare to Pinterest